Officer Clayton Townsend had been with the department for five years and leaves behind a wife and 10-month-old child, the Salt River police chief said. 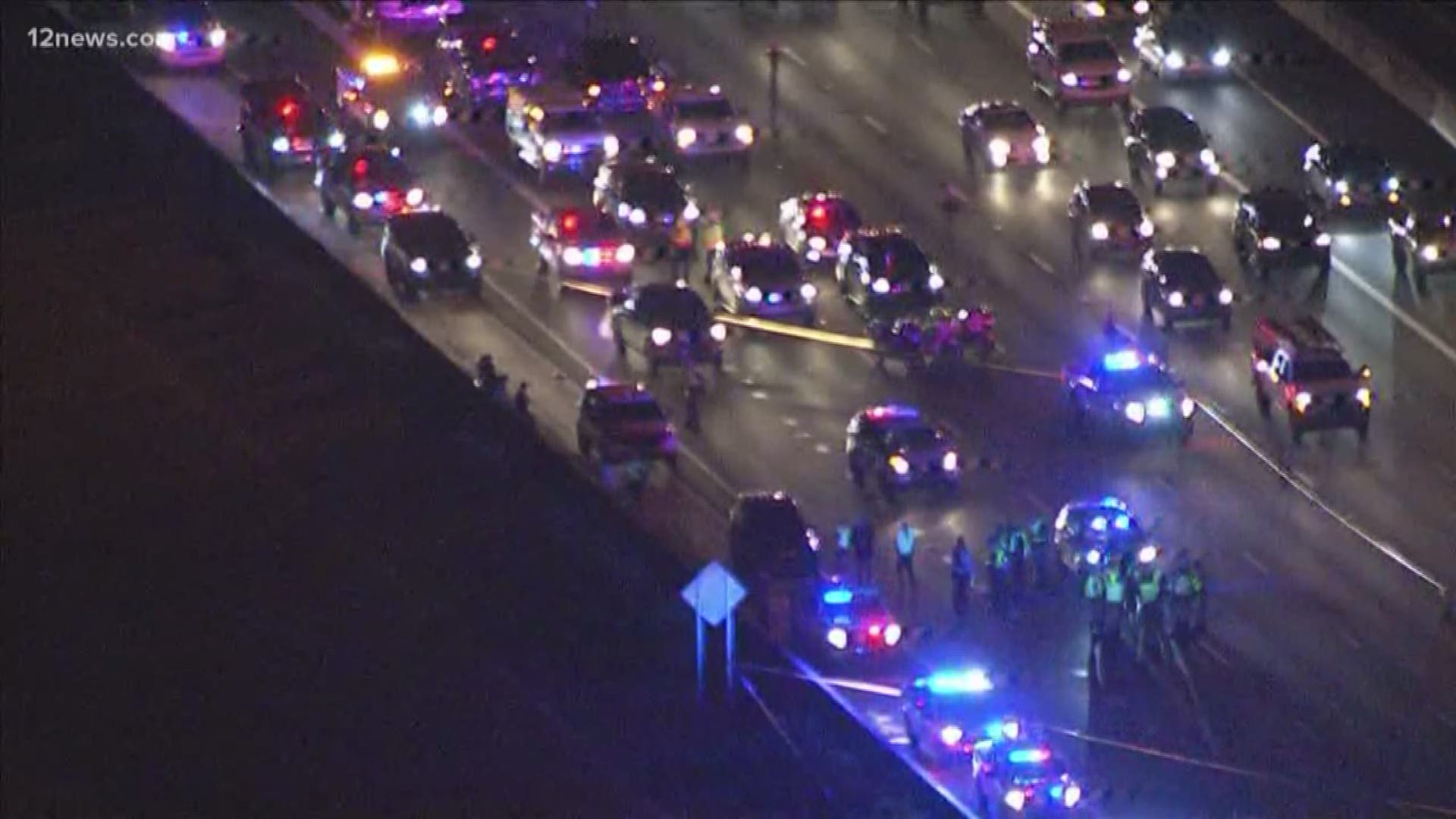 A Salt River police officer was hit and killed by a car while on a traffic stop on Loop 101 near McDowell Road Tuesday night, according to Arizona Department of Public Safety director Col. Frank Milstead.

Salt River Police Chief Karl Auerbach said the officer killed was Clayton Townsend, who had been with the department for five years. Officer Townsend leaves behind a wife and a 10-month-old child.

Auerbach said Townsend was one of the most dedicated officers in the department, calling him a "guardian of the people."

DPS said Townsend made the traffic stop on northbound Loop 101 just south of the McDowell offramp just after 6 p.m. As he approached the car he stopped on the side of the road, he was struck by another northbound car, DPS said.

The car that hit Officer Townsend also hit the car that had been stopped, according to DPS.

DPS said Townsend was taken to a local hospital and pronounced deceased around 6:30 p.m.

The driver who was stopped was also taken to a local hospital for their injuries, according to DPS.

The driver who hit Officer Townsend and the stopped car is cooperating with law enforcement, DPS said.

Troopers are investigating the cause of the crash.

A GoFundMe account has been created to support Townsend's wife and 10-month-old son.

Gov. Doug Ducey ordered all state flags to be lowered Wednesday to honor the fallen officer.