Two teens were trying to put out a small brush fire, and they got help from an unexpected source: a man with a 20-pack of beer. 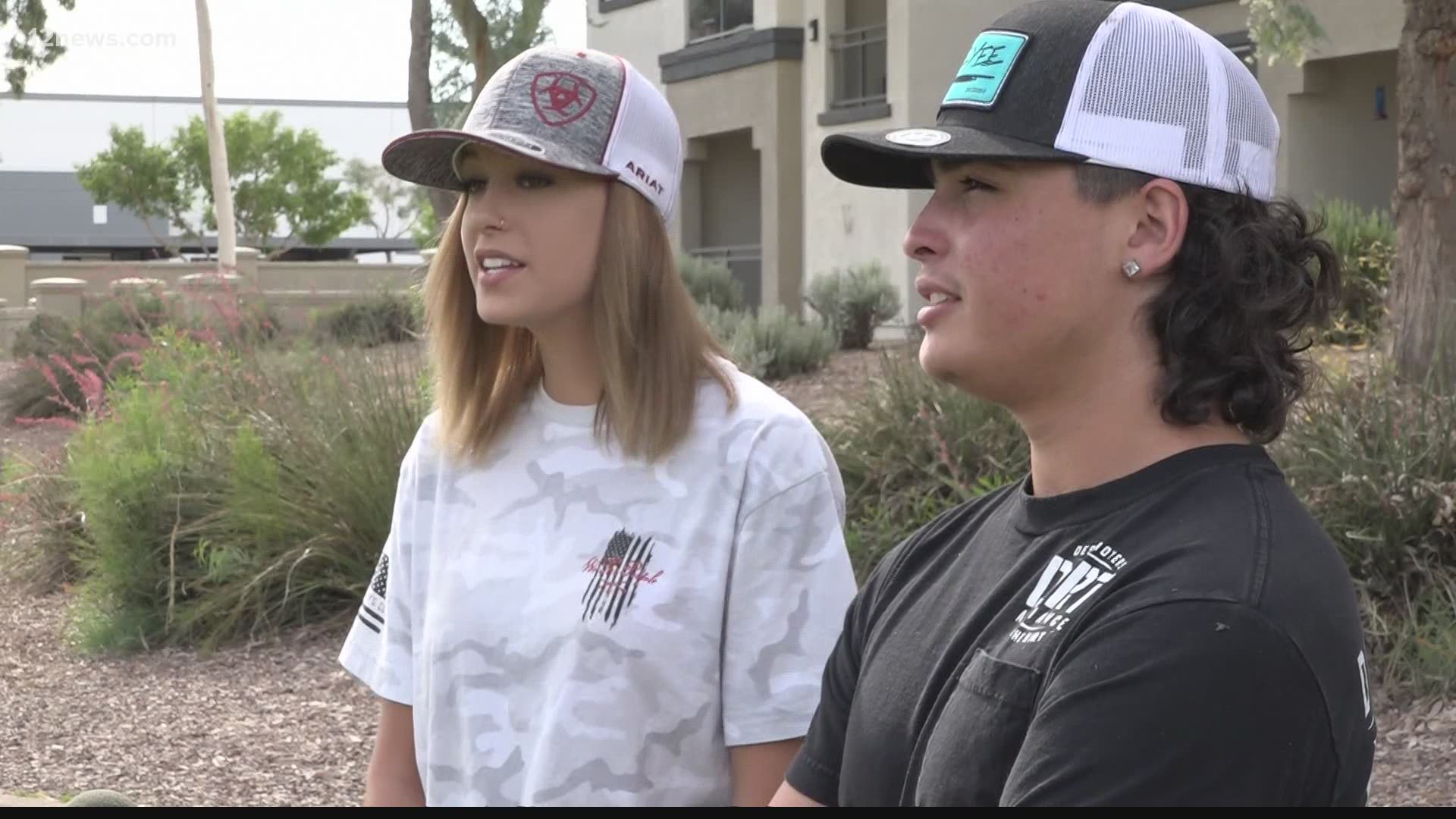 PHOENIX — A Memorial Day fire was stopped before it became a problem thanks to quick-thinking teens and a man with a cooler of beer.

Early on Monday, Evelyn Williams and Gabe Corrillo noticed a fire burning in the desert brush while heading to work near Usery Pass Road.

The fire started just off the road and was burning in the dry vegetation that has fueled a multitude of wildfires throughout the state.

The two asked bystanders if they called 911 before driving down the road to see if anyone was at the nearby sheriff’s station, but no one was there.

The young couple was worried. The fire was just miles away from personal homes and Salt River where wild horses roam.

So, Williams and Corrillo jumped into action.

“Tossing sand on the bushes, [and] getting it out the best we could,” Corrillo explained.

The two drew a perimeter around the fire to try and contain it before trying to kick sand and dirt onto the flames.

As the fire became more manageable, another bystander came to help.

"This man just came out and he came out with a Camelback full of beer and he was like start shaking it and opening it.”

The three used the beer to extinguish the remaining embers.

“It was just a spur of the moment thing,” Williams said.