Mandatory overtime is part of the job, but the city of Phoenix says employees should be sent home if they tell their supervisor they're feeling sick. 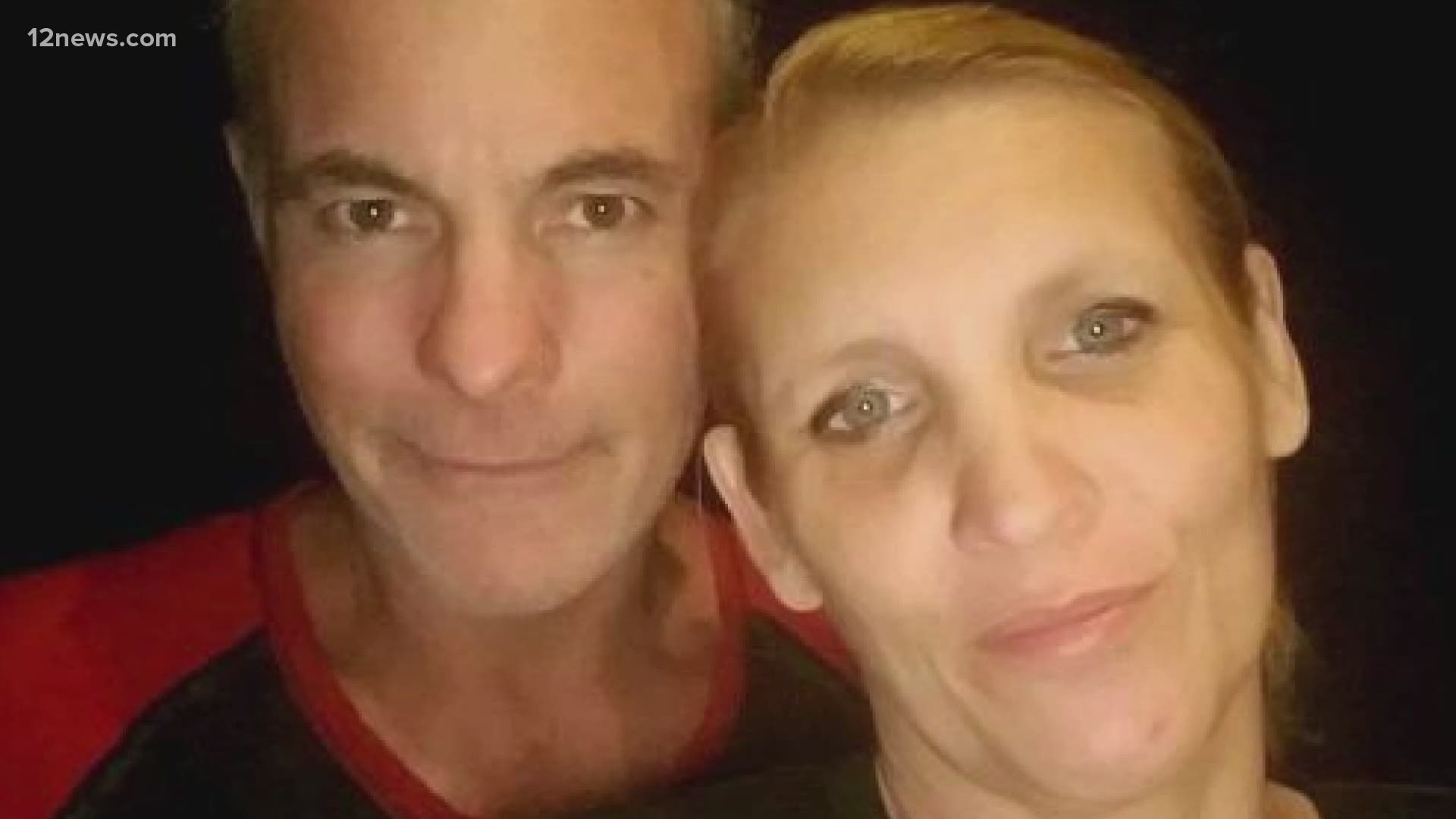 PHOENIX — It's been tough for Joel Cooper to process the past few days.

After more than two decades as a lifeline helping save others as a Phoenix 911 dispatcher, Pamela Cooper, Joel's wife of seven years, is now fighting for her own life.

"We got her on life support," he said. "It’s only been a few days so we don’t want to pull the plug too early. We want to give her a chance to fight."

Joel explained Pamela caught COVID-19 earlier this year and spent about six weeks sidelined from work. When she went back to the dispatch call center last week, he said she started feeling sick.

"It got to her mentally and physically," he said.

But when she asked to leave early, Pamela told her family that she was told she had to stay. Joel said she wound up working six extra hours on top of her usual 10-hour shift.

The following morning, she felt so bad that they had to call 911. Joel said she stopped breathing and by the time paramedics revived her, it was already too late.

A representative for AFSCME Local 2960, a union that represents Phoenix dispatchers, told 12 News that mandatory overtime has been going for a few years, but it’s been exacerbated with the pandemic. The added strain leaving people burned out and understaffed in an already grueling job.

"It was just mayhem," Joel said. "They didn’t do anything they should have done to protect their employees."

Another dispatcher confirmed that working 15-plus hour shifts is becoming more common.

In an email statement, the city of Phoenix said in part:

"Dispatch center employees work 4 days per week on 10-hour shifts. When minimum staffing needs are not met, employees may be required to work during their 3 days off or work extended hours. However at no time would this be required of an employee who is sick as employees who notify their supervisor of illness are instructed to return home."

The city says they are currently trying to fill 56 911 operator positions of the 344 full-time dispatcher positions they have available.

Joel said Pamela won't be able to return to work. With each hour that passes, hope is harder to come by.

"It’s going to get tougher from here on out," he said.

Joel and Pamela's mother have to take turns staying with Pamela at Banner Baywood. With COVID-19 restrictions the only time they can be in the room with her together is if they are there to say goodbye for the last time.

"Hopefully I’ll be strong enough to handle it."

Joel said there will be a fundraiser event to help his family at JP's Comedy Club in Gilbert at 7 p.m. Friday. He said half of the proceeds for the comedy show will go toward helping his wife.