Family asks for leads in case after man shot in 2018

Matthew Groves was riding a skateboard when someone shot him and took his backpack. 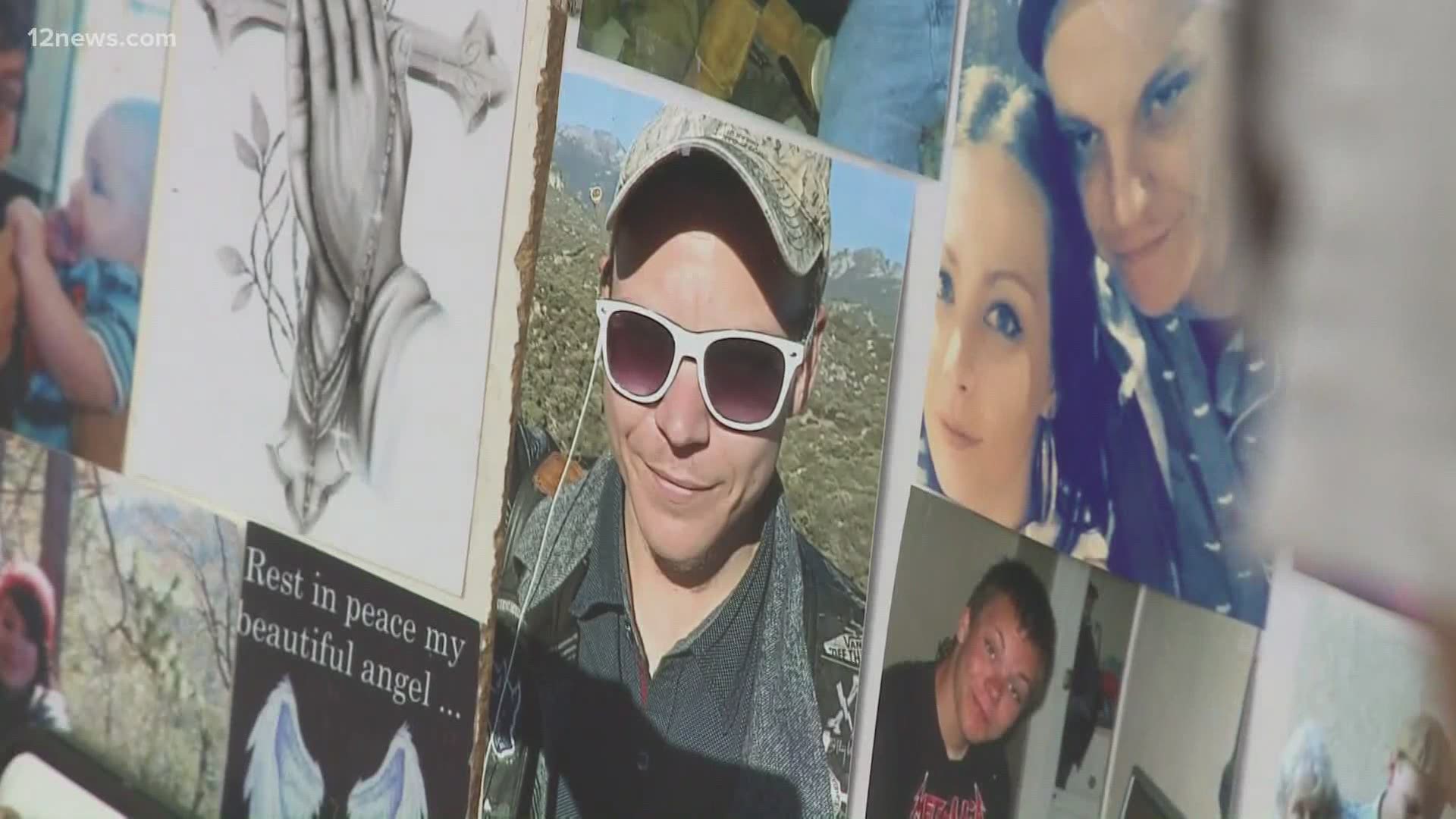 The family of Matthew Groves held a candlelight vigil Sunday night in his honor two years after he was shot to death and still no justice has been served in his name.

"My son was riding his skateboard here, he stopped to rest and next thing we hear he was shot," Kathy Kirkconnell, his mom said.

The mother of the 26-year old, who moved to Arizona from California tells 12 News she's still searching for answers.

"He could sit there and look you right in the eye and have a heart to heart with you, he just literally loved people," she added.

One of those people, his girlfriend of four years, Jayden Vincent, is holding out hope for justice.

RELATED: Family of 26-year-old man shot and killed in Phoenix asks for answers

The shooting happening outside the Purple Turtle Restaurant in 2018 and still no has been arrested for Groves' murder.

"Something needs happen, there's a person roaming around that took my son's life, that took family, that took a friend's life and definitely we need closure," Kirkconnell said.

The family has hired a private investigator after an initial arrest fell flat.

"It can be anonymous, nobody has to say who they are and he will take the information and he will try to find answers to it. We need your help," she added.

They are asking for help to find the end of what has been a nightmare for his mother and her son's closest friends.