Fraternities and sororities have a new home at ASU

For the first time in several years, fraternities at ASU have a home on campus in a new, state-of-the-art Greek village. 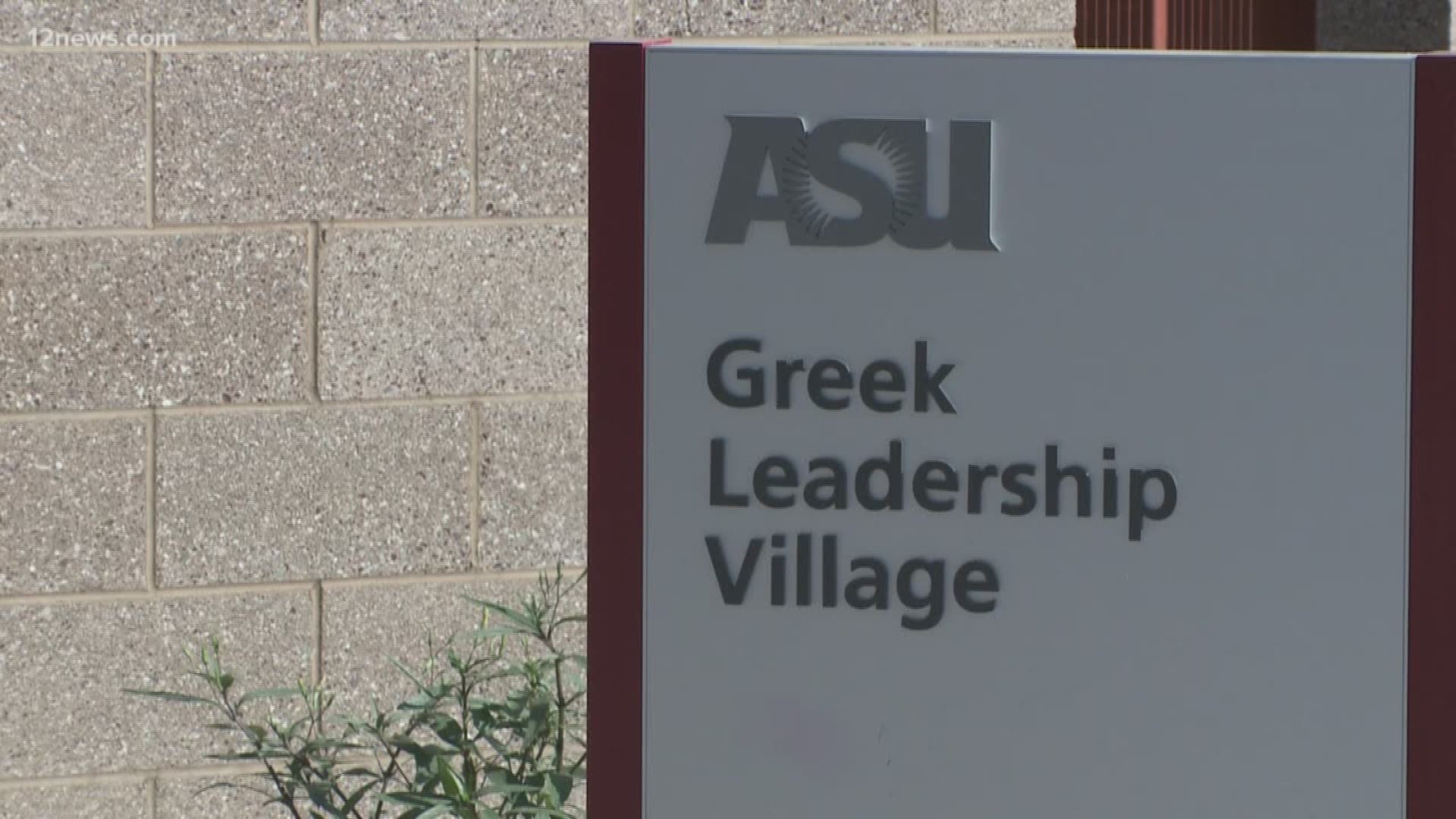 TEMPE, Ariz. - ASU students are back in class and now fraternities are back as well, six years after moving off of campus. A new state-of-the art Greek Village is open on the Tempe campus this year for fraternities and sororities.

"This is the first opportunity like this with fraternities and sororities together at ASU," said Gary Ballinger, the director of fraternity and sorority life at Arizona State University.

The Greek Leadership Village marks the first time fraternities have had a home on campus since 2012. It allows for 27 sororities and fraternities to live in a gated facility near Rural and University.

Each chapter gets its own custom facility with up to 41 beds.

"This is a change for our entire fraternity and sorority community. So right now we're in the Greek Leadership Community Center, which has a ballroom. It has small meeting rooms as well that chapters can have executive meetings in, educational sessions, workshops," said Ballinger.

Fraternities at ASU have been the source of major problems over the years. In 2013, friends left a passed out drunk student at a Tempe hospital with a Post-it note. Later that year, students were hospitalized after an elevator melee involving fraternity members.

In 2012, a student's body was found in the Tempe Town Lake after a night of partying.

The village is considered on-campus housing, so students who live there will have to follow the same standards as those living in the dorms. There are 12 resident assistants monitoring the students.

"We also have two graduate students who live on-site and a full-time assistant director. We anticipate that they will have a better opportunity to share governance and hold each other accountable," Ballinger said.

University leaders are confident the new space will be a safe one, but like all other areas on campus, ASU Police will be keeping an eye out.

"It's much like any other residence hall on campus," said Ballinger.

Each sorority and fraternity has signed a four-year lease in the village and it is open to upper classmen.