Investigators tell 12 News the city bus was stopped at a red light at Dobson Road and Rio Salado Parkway when it was hit. 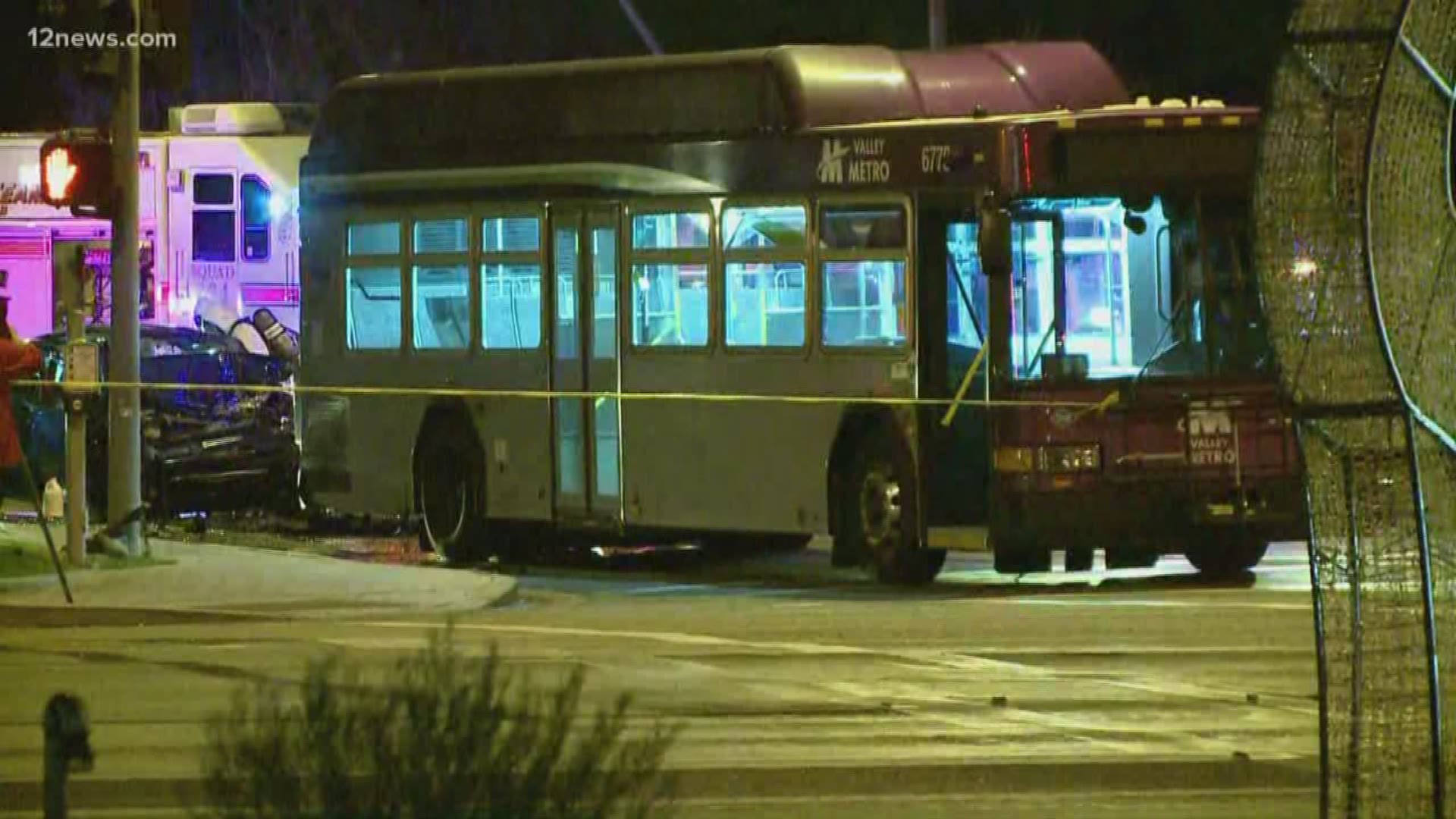 Investigators tell 12 News the city bus was stopped at a red light at Dobson Road and Rio Salado Parkway when it was hit.

The front end of the car had a lot of damage. Police say the driver of that car died at the scene. There is no official word on the condition of the bus driver.

James Zehner, a man who heard the crash, says he heard the car fly by him.

“I didn’t think anything of it and then I hear the boom and I was like what was that,” Zehner said.

Zehner says he pulled up right behind the car after it happened and turned on his flashers so no one else would crash. Then he tried to see if he could help the driver. Zehner tells 12 News there was nothing he could do.

Mesa police are investigating. They say there’s no word if alcohol is a factor.