Days after the Energy Department said the U.S. should move toward solar energy, one of Arizona's biggest utility providers expanded a natural gas-burning power plant 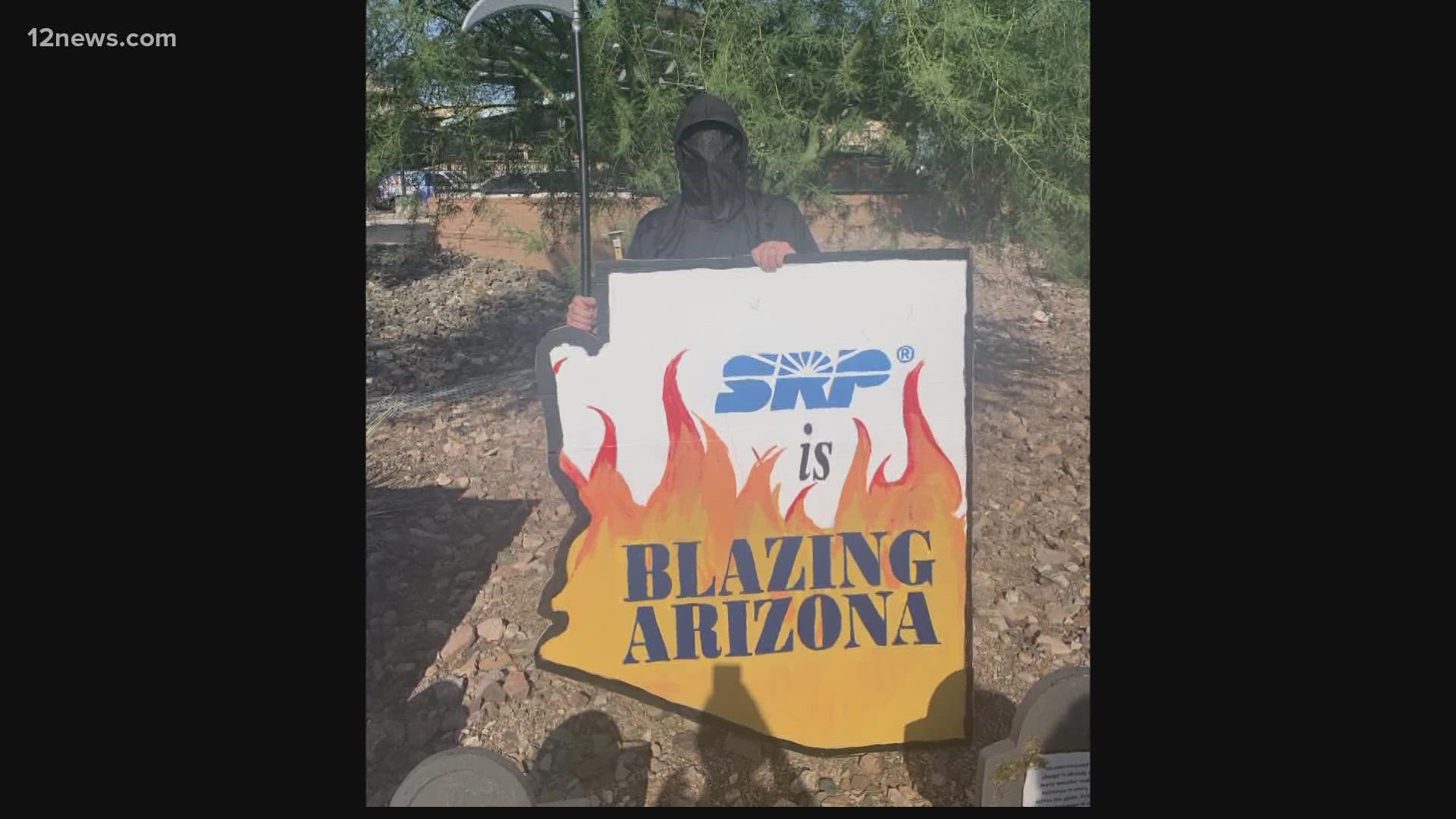 PHOENIX — Editor's note: The video above is from Sept. 8.

Not long after the U.S. Energy Department said the country could power 40% of its electricity needs through solar energy, one of Arizona's biggest utility providers decided it would invest nearly $1 billion in gas-burning energy.

The Salt River Project’s board of directors was sharply divided as it approved a plan to more than double the size of a natural gas-burning power plant in Coolidge to provide additional electricity for metro Phoenix during peak-use periods.

On Monday, the SRP board voted 8-6 for a $953 million expansion of the Coolidge Generating Station after hearing hours of testimony dominated by opposition to the project.

Environmental groups like Vote Solar and the Sierra Club opposed the expansion due to the carbon emissions it might contribute to climate change.

SRP officials said the additional generators' quick-start capability would give the utility flexibility to include more power generated by wind and solar to its portfolio.

SRP has committed to adding 2,025 megawatts of solar energy to its renewable portfolio by 2025 and plans to reduce 65% of its carbon emissions by 2035.

But some skeptics believe the plant expansion is an antiquated solution and inferior to the benefits more solar energy could offer Arizona.

"Utilities need to put the health of people and our communities first and invest in clean, affordable, and renewable energy now,” said Vianey Olivarria, co-director of Chispa Arizona.

Paul Hirt, a former SRP board member, condemned the company's expansion project and said its timing could not come at a worse moment.

"It is wrong-headed, unnecessary, and out of step with where responsible electric utilities are moving in this country," Hirt wrote in a newspaper column.

The SRP project was approved as the Biden administration is attempting to steer the country toward relying more on solar energy.

Last week, the Energy Department released a report outlining how the U.S. has the potential to power up to 40% of the nation’s electricity within 15 years — a 10-fold increase over America's current solar output.

But such an increase would require massive changes in U.S. policy and billions of dollars in federal investment to modernize the nation’s electric grid.

The report's release came shortly after President Joe Biden warned it was time for America to get serious about the “code red” danger posed by climate change.

Arizona's climate and wide-open spaces have long made it a prime producer for solar energy but experts claim policy decisions have often inhibited the state from achieving its fullest potential.

The Solar Energy Industries Association ranks Arizona fifth on its list of the top solar energy producers and installers in the country.

According to the association's data, Arizona has enough solar energy to power over 900,000 homes and more than 8% of the state's electric grid is dependent on solar.

Despite the productivity seen in Arizona, the association described the state as having a "turbulent" solar market due to disturbances in energy policies.

A national tax credit for solar investment will be eliminated by 2024 unless it's renewed by the government.

Arizona's net-metering incentive has also been phased out after the Arizona Corporation Commission voted in 2016 to revise how residents earn financial credits from excess energy their rooftop solar panels generate.

The commission is currently in the midst of reviewing policy proposals that could require utility providers to achieve 100% clean energy by 2050.

Local experts expect Arizona's solar market to increasingly grow in the coming years and hope the state implements smart and sustainable policies that will protect consumers.

The way contracts are written or incentives are offered don't always serve the resident, she said and might prevent Arizona's solar market from fully thriving.

Solar United Neighbors, a nonprofit that pushes residents to switch to solar energy, said Arizonans could save $1.5 billion in electric bills if 25% of the nation's households installed solar panels.

Bret Fanshaw, Arizona's program director for Solar United Neighbors, said his organization has been successful in developing local "solar co-ops," which are groups of residents who join together to bargain for discounted solar prices.

A group of 83 households in Coconino County has recently signed on to install rooftop solar, he said.

It's an exciting time for solar energy, he added, and Arizona has the capability to lead the U.S. in depending more on renewable energy.

“I think Arizona is going to be at the forefront of this solar-energy transition the country is headed in,” Fanshaw said.