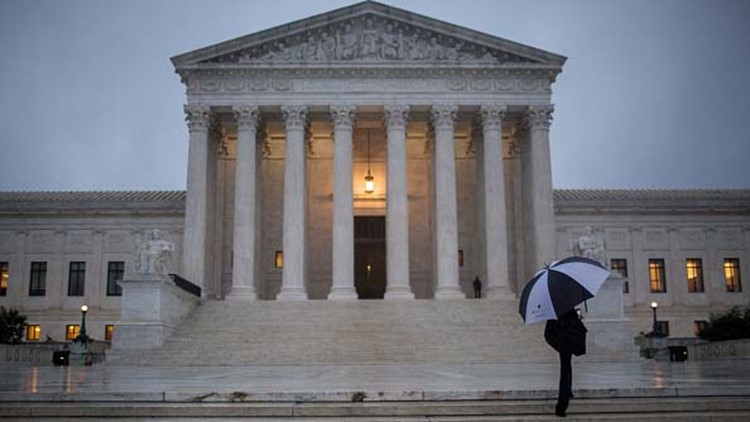 Photo by: Zach Gibson/Getty Images
The U.S. Supreme Court is pictured on September 27, 2018 in Washington, DC. On Thursday, Christine Blasey Ford, who has accused Kavanaugh of sexual assault, is testifying before the Senate Judiciary Committee.

WASHINGTON D.C., DC — (AP) — Lawyers for a federal prisoner scheduled to be put to death in December want a federal appeals court to halt his execution so they can interview jurors who heard his case.

Lezmond Mitchell's attorneys said Tuesday that they filed the request for a stay with the U.S. Court of Appeals for the Ninth Circuit.

They argue that Mitchell should be given the opportunity to investigate his concerns about potential racial bias by the jury that heard his case. They say that executing him without looking into potential juror bias would be "a grave injustice."

Prosecutors say Mitchell, a Navajo man, stabbed a 63-year-old woman to death in 2003 and slit the throat of her 9-year-old granddaughter. Their beheaded, mutilated bodies were found in a shallow grave on the Navajo reservation.

RELATED: US government will execute inmates for first time since 2003

RELATED: He brutally murdered a grandmother and her granddaughter in Arizona. Now he's scheduled to die.