'It’s sort of this helpless feeling': Katie Hobbs responds to threats against her, family

It's been a week since the Secretary of State was first targeted after the spread of debunked voter fraud claims. 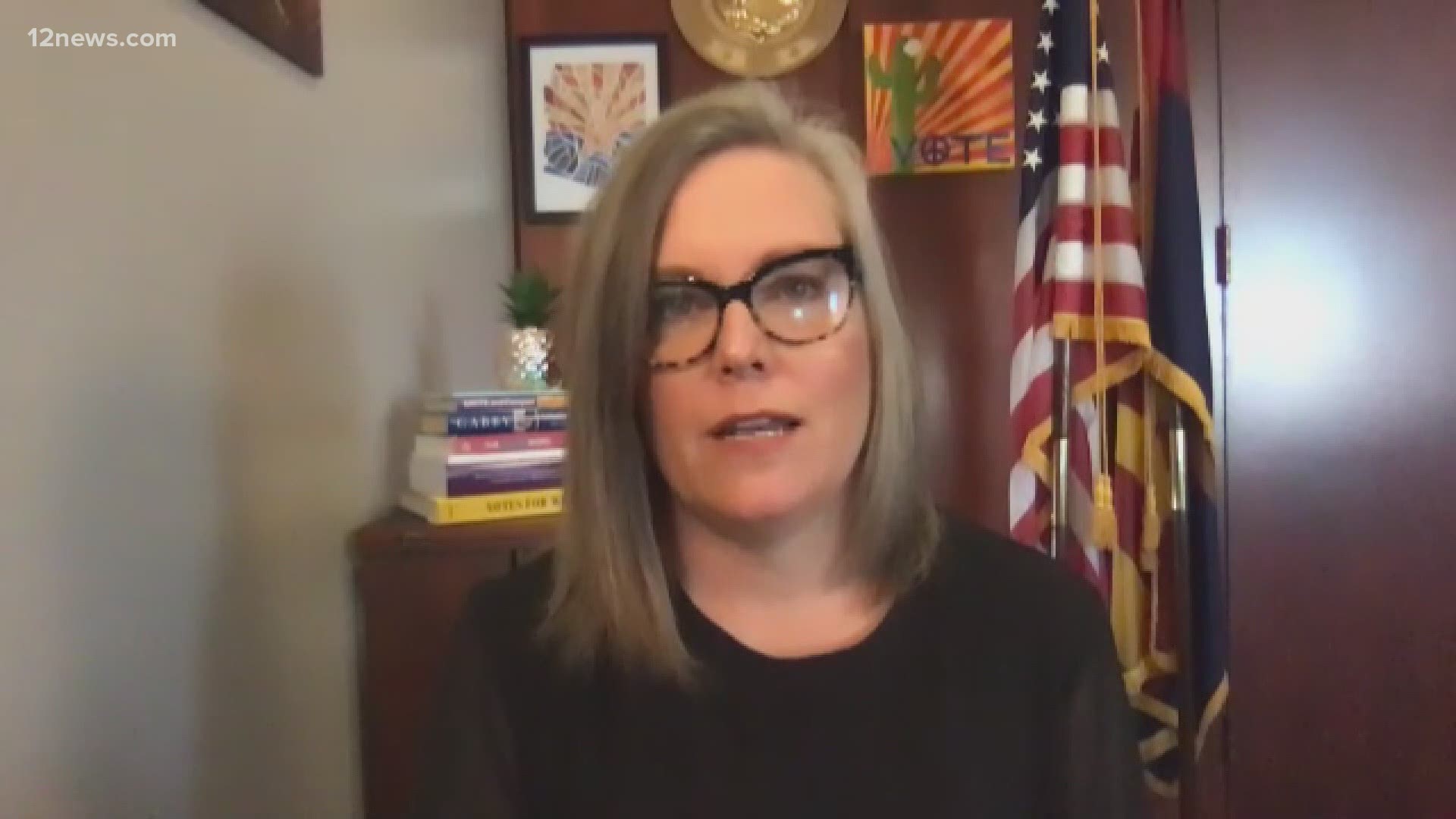 PHOENIX — Arizona’s Secretary of State Katie Hobbs has been subjected to a week of threatening calls to her son, protestors chanting at her door and calls for her husband to resign his job at Phoenix Children’s Hospital.

All of this was fueled by unsubstantiated claims of voter fraud.

“It’s sort of this helpless feeling because, like, I can’t stop it,” Hobbs said about the week's events.

On Tuesday night, protestors showed up on her front door, chanting at her. With her son and husband targeted as well, Hobbs is concerned how far this could go.

“Hopefully the Thanksgiving weekend will keep people home and not protesting outside my house but that’s what I'm thinking about," Hobbs said.

“Completely unacceptable and I denounce any threat of violence,” Gov. Doug Ducey said in a news conference Wednesday.

“I certainly appreciate the governor’s words yesterday. What we have asked for is a little bit beyond that,” Hobbs said.

Hobbs has called on top public officials, like Ducey, to denounce debunked claims of voter fraud, even as those claims continue to spread.

“[Tensions] are being fueled in part by elected officials who will not stand up for the integrity of our elections who will not denounce these wild and baseless conspiracy theories,” Hobbs said.

The governor, for his part, has said again and again he has faith in the state’s election system, but when asked if he has seen any evidence of voter fraud yesterday?

The governor would not directly denounce any conspiracy, even those that have been debunked. He said he will let the courts decide any particular issue.

So far, courts have rejected lawsuits aimed at portraying something went wrong with the election.

“When you have free and fair elections people win and people lose. And the losers accept it and move on and that’s what needs to happen here,” Hobbs said.

The election is set to be certified at the end of this month.

As reported earlier this week by Brahm Resnik:

“President Trump has made it abundantly clear he's more interested in pandering to his neo-nazi base than being president for all Americans," the tweet read.