A Minnesota family paid thousands of dollars for a service dog to save their little boy’s life. But they say the dog growls, lunges and can’t be taken out in public. 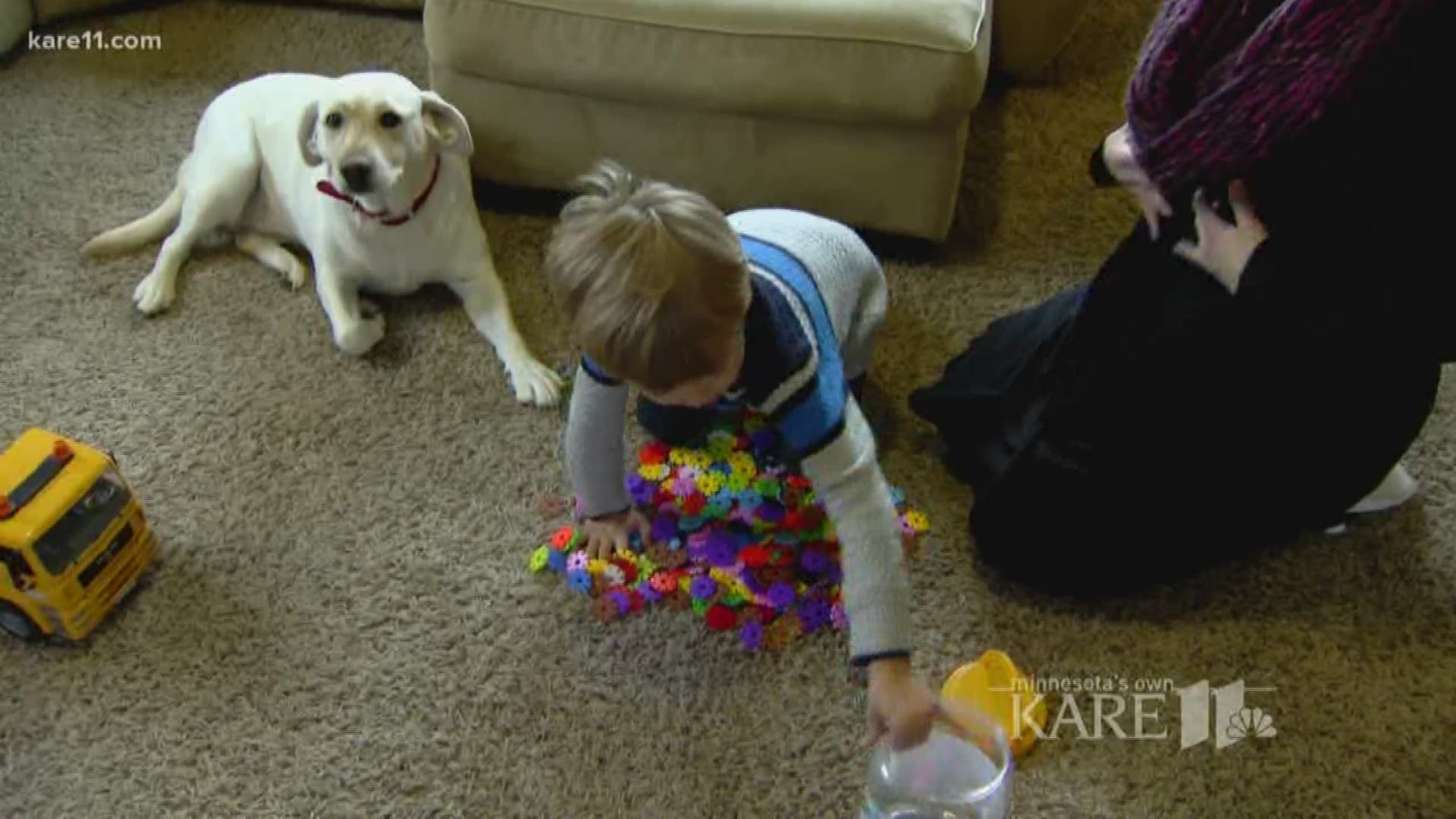 A Minnesota family paid thousands of dollars for a service dog to save their little boy’s life. But they say the dog growls, lunges and can’t be taken out in public.

They are just one of 20 families across the country who say Diabetic Alert Dogs of America (DADs) didn’t live up to their promises.

Nichole Chase of Sherburn, Minnesota bought Sandy, a yellow lab, from the company in April 2016.

“Very quickly with Adrenal Insufficiency, if he doesn’t get the medication he needs he can get very sick. Permanent brain damage or go into a coma,” she explained.

It was a constant fear for Nichole, especially at night while Gentry slept. So she turned to DADs for help, paying $15,000 for Sandy, a dog trained to detect when Gentry’s cortisol level drops.

“You’ll do anything for your child to help them be safer,” she said. “We were willing to pay anything.”

But almost immediately, Nichole says there were problems.

Nichole showed KARE 11 cell phone videos of the dog lunging and barking at her older, teenage son. In another video Sandy barks and runs toward children playing at a campground.

Nichole says Sandy even misbehaves at the hospital. “Sandy started barking and growling and lunging at the doctor,” she said.

Sandy does alert when Gentry’s cortisol levels drop, but because of her behavior they say she can’t go everywhere with him like a service dog should.

“We didn’t get what we paid for. We’re not able to bring her out in public,” Nichole said.

She told KARE 11 her husband had asked for a refund but was told no.

The Chase family is among 20 clients along with dog trainers and vets who spoke with our sister station WUSA in Washington, D.C. about their concerns with Diabetic Alert Dogs of America.

Professional trainer Debby Kay took a look at some of the videos they provided. She found the behavior to be unacceptable for service animals.

“None of these dogs are safe and under control,” she said.

Ed Peeples, director of operations for DADs, met WUSA for an interview. They showed him the videos.

“That dog was delivered over a year ago. What that client did with this dog in a year, I have no idea,” he said.

The company says it has delivered more than 400 service animals around the United States and Canada. WUSA also spoke to many happy customers. At one point the company earned an “A” rating with the Better Business Bureau.

The company’s contract with dog owners has a “dog aggression disclaimer” saying once the buyer takes control of the dog the company “carries no responsibility for Dog’s behavior.”

Nichole insists she followed all the rules with Sandy. “We did it their way 100 percent,” she said.

They even flew out to Arizona for follow up training with Peeples. They hired a behaviorist and another trainer. But they say Sandy is still fearful and aggressive.

“We have invested thousands of dollars into this dog,” Nichole said.

Sandy and Gentry have forged a bond. The two are best friends, but Sandy can no longer be his service dog.

The Chase family is waiting on another dog from a different trainer. They say they will have to find a new home for Sandy.