Some countries and airliners are grounding the planes, but U.S. airlines, including those flying out of Sky Harbor Airport, are not. 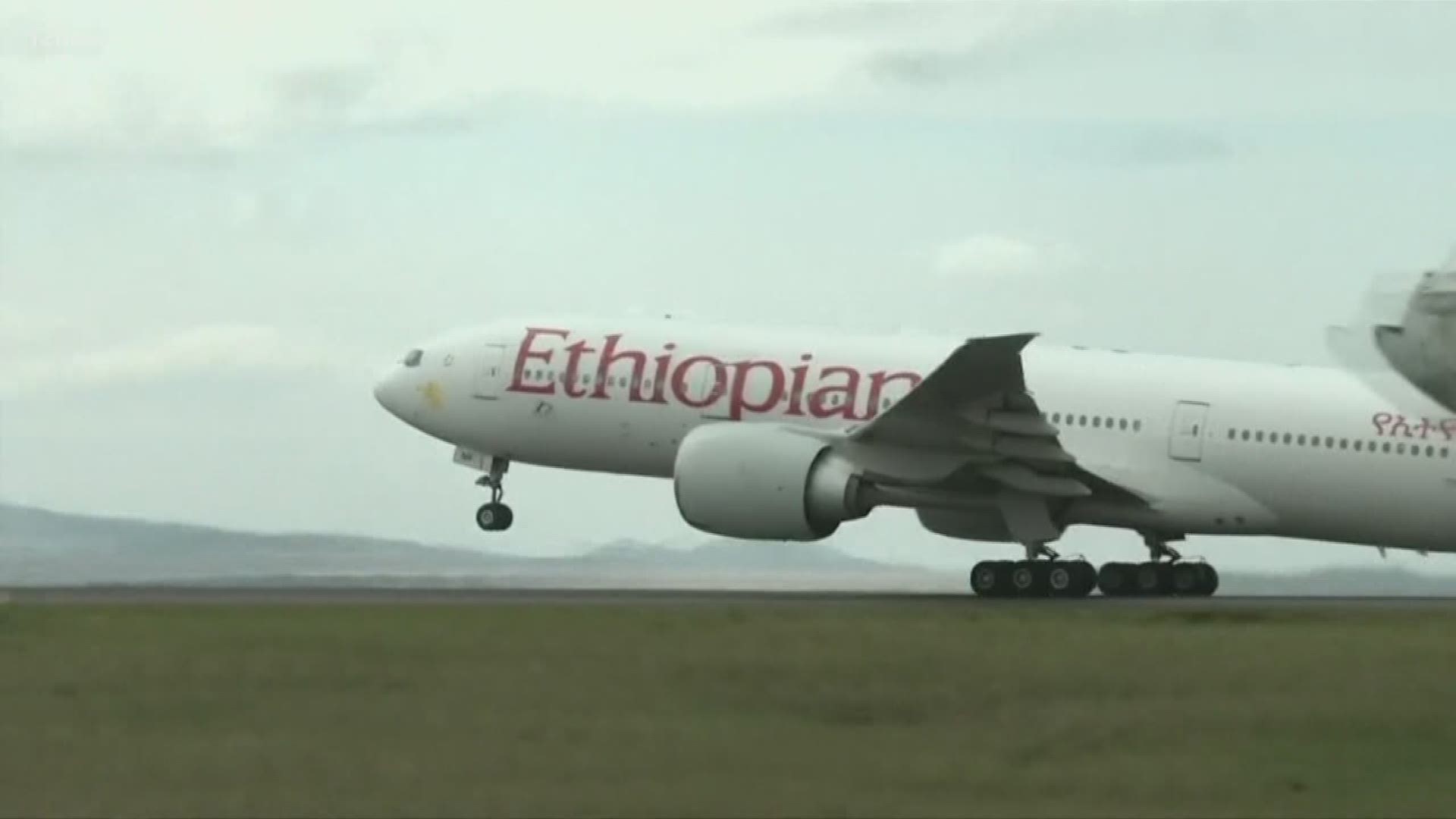 PHOENIX — Within the last twelve months, two crashes of the Boeing 737 Max 8 aircraft have killed hundreds.

China has required almost 100 of the planes to be grounded as an investigation into the latest crash in Ethiopia continues.

According to a January report from Boeing, more than 5,000 of the Max model planes have been ordered, and more than 500 have been delivered.

“The 737 is a key component of many people’s fleets, so it’s a very well-used airplane,” said Professor Bill Waldock, teacher of aviation safety science at Embry Riddle Aeronautical University.

Sky Harbor hosts five airlines which currently have 737 Max model planes. Only three—Southwest, AirCanada and WestJet—fly the model out of the airport.

Southwest has the most; 34 of the Max 8 aircrafts are currently in service, with more than 240 still waiting to be delivered.

In a statement to 12 News, Southwest said:

"Our heart goes out to the families and loved ones of the passengers and Employees on Ethiopian Airlines Flight 302. As Southwest operates a fleet of 34 Boeing 737 MAX 8 aircraft, we have been in contact with Boeing and will continue to stay close to the investigation as it progresses. We remain confident in the safety and airworthiness of our fleet of more than 750 Boeing aircraft.

We don’t have any changes planned to our operational policies or procedures."

Air Canada currently has 24 Max 8s in its fleet, and more than 30 still need to be delivered. Their statement reads:

"We have operated this aircraft type since 2017 and currently have 24 in our fleet. We have extensive analytical data supporting the safety of these aircraft, which have also performed excellently from reliability and customer satisfaction perspective.

We continue to monitor the situation and based on current information, and recommendations by government safety regulators, including Transport Canada, the FAA, and the manufacturer, we continue to operate our normal B737 schedule."

The Canadian company WestJet currently has 13 Max 8s. More than 40 Max models are still on the way to the fleet. In a statement, West Jet stood by saying:

"WestJet sends heartfelt condolences to those friends and family whose loved ones were on board Ethiopian Airlines flight 302. We are monitoring the situation closely and will not speculate on the cause of the incident.

WestJet remains confident in the safety of our Boeing 737 fleet including our 13 MAX-8 aircraft first introduced in 2017. We have flown five different variants of the Boeing 737 since 1996, and the fleet currently operates around 450 safe daily B737 departures.

We have 13 MAX aircraft in our fleet of 121 Boeing 737s, they are part of our overall fleet and are scheduled on various routes across our network daily."

Two other airlines, American Airlines and United Airlines, do operate 737 Max models. However, in emails with 12 News, both said the models are not used in routes involving Phoenix.

RELATED: VERIFY: Fact-checking claims made about the Boeing 737 Max 8