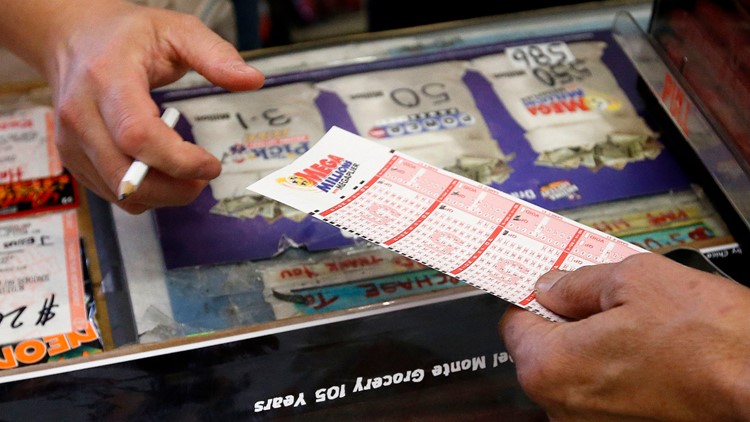 Photo by: (AP Photo/Ross D. Franklin, File)
FILE - In this Tuesday, Dec. 17, 2013 file photo, Keith Ganatra, right, owner of the Del Monte Market, takes the numbers form picked by a customer, as he sells Mega Millions lottery tickets at a brisk pace in Laveen, Ariz. A growing number of states are moving to allow winners of big lottery jackpots to stay anonymous, and Arizona could join the list under a proposal headed to Republican Gov. Doug Ducey.

Two multimillion dollar lottery tickets that were sold in the Valley have not been claimed as of Monday afternoon.

The two massive jackpots that have yet to be claimed are a The Pick ticket for $4.9 million and a Mega Millions ticket for $3 million.

RELATED: What happens when lottery money isn't claimed in Arizona?

Both tickets were unclaimed as of noon on Monday.