The ‘Wagon Guy’ and his amazing creations return to Indy 500

Throughout the years, Bob Parker has transformed the wagon he used to transport items to and from the track to be more like a real-life IndyCar. 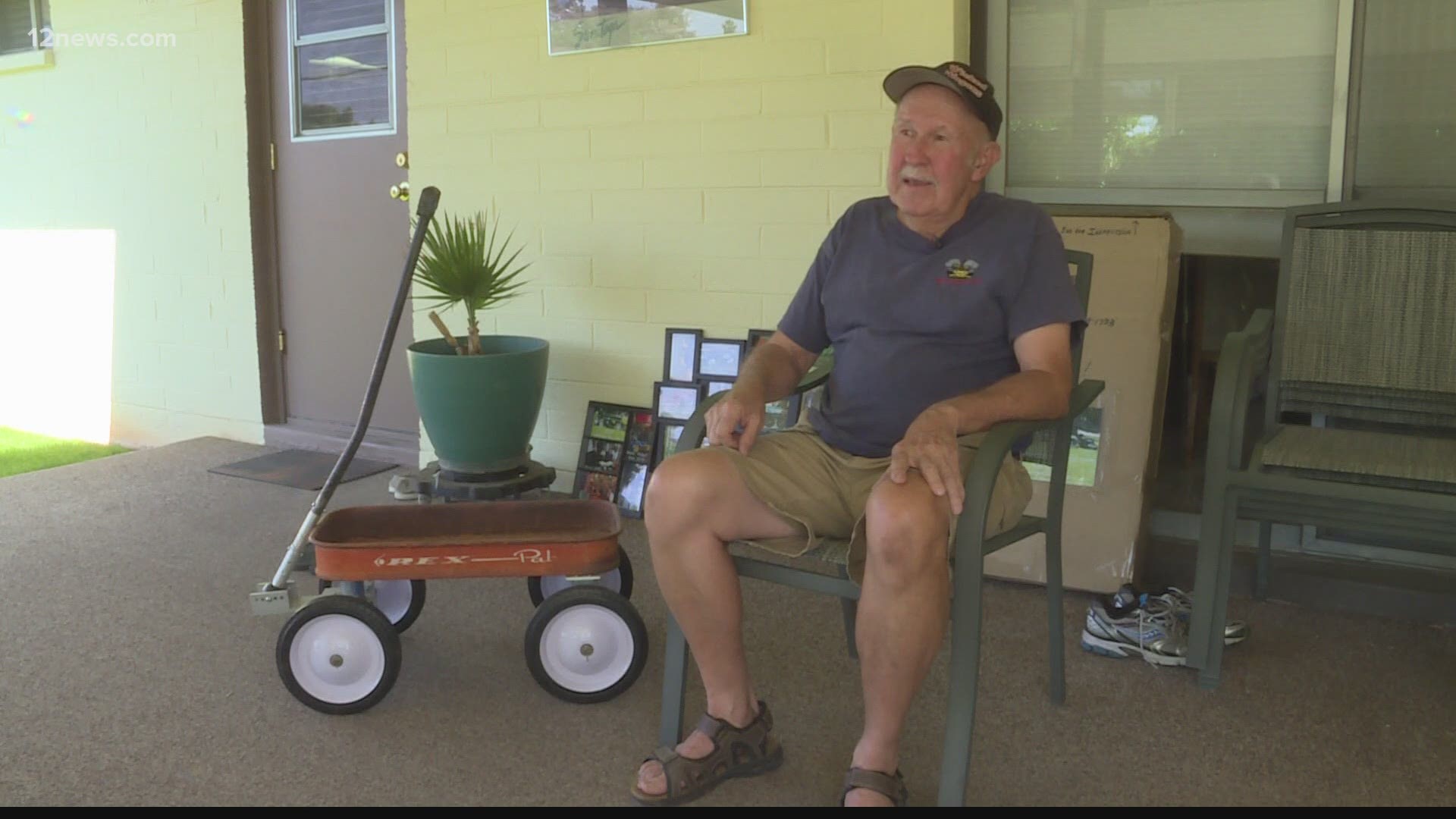 Arizona resident Bob Parker hadn’t missed an Indy 500 race in more than 20 years until 2020 came along.

But on Sunday, he was able to attend the race with his prized possession, a wagon designed to look like an IndyCar. He’s known around the track as the ‘Wagon Guy’.

“It makes you feel like you’re part of the whole experience,” said Parker.

Throughout the years, Parker has transformed the wagon he used to transport items to and from the track to be more like a real-life IndyCar.

“It’s just a great thing. It’s a great gimmick and it carries our drink and food to the track on race day. So it’s a usable device.”

His wagon eventually caught the eye of Sam Schmidt, a former IndyCar driver turned team owner who was paralyzed in a car crash back in 2000. Parker said the two immediately hit it off.

He now makes a new wagon every year which is auctioned off for Schmidt’s charity. The proceeds go to spinal cord injury victims. Parker’s wagons have sold for as much as $7,000.

It takes weeks, sometimes even months to complete one, and the event recruits some outside help from local vendors.

“Bob walked into our shop one day and essentially was looking for a partner to create the graphics,” said Signtastic owner Michael Frawley.

Parker created a wagon modeled after Simon Pagenaud’s No. 22 Chevrolet for Team Penske this year that Pagenaud himself purchased for $2,900.