June 10 is the day Phoenix soccer fans have been waiting for. 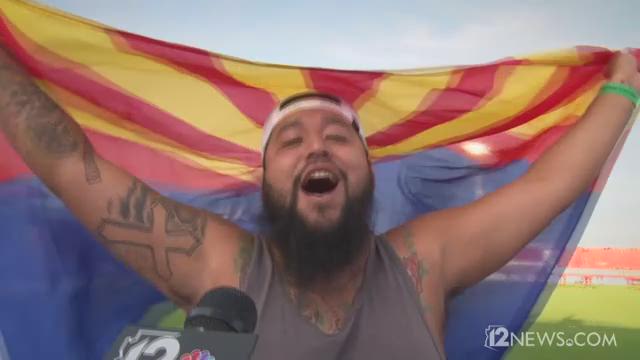 June 10 is the day Phoenix soccer fans have been waiting for since April.

Phoenix Rising FC striker Didier Drogba will step onto the field for the first time that night in a Rising kit, according to the team's Facebook page. Tickets were still available as of Monday.

Drogba, the 39-year-old soccer legend best known for his work at London's Chelsea FC, signed to come to Phoenix's USL side in April. He plans to transition into an ownership role.

The Rising will take on Vancouver Whitecaps FC 2 in Drogba's debut -- tickets are on sale here.

Can't make it? The United Soccer League streams games on its YouTube channel.