What to expect - and not expect - in Gov. Ducey's 'State of the State' speech

Monday's speech opens the Legislature's new session. Education will be in the mix, but the next step on 20x2020 isn't likely. 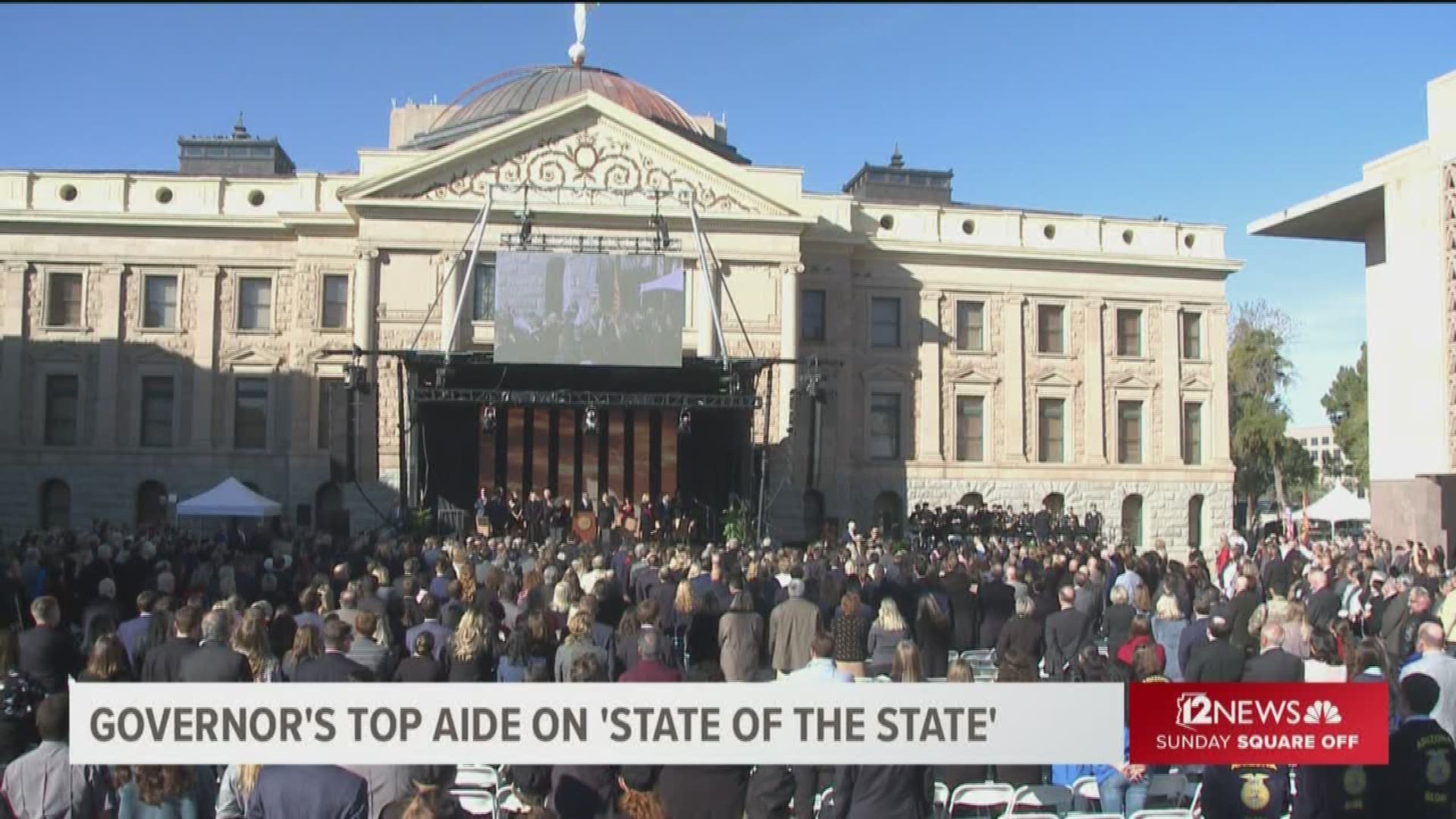 Where does the governor want to take Arizona in the coming year?

On this weekend's "Sunday Square Off," we get insights from the governor's top aide, Chief of Staff Daniel Scarpinato, and Arizona Republic reporter Maria Polletta, who covers the governor's office.

The speech will be delivered at 2 p.m. to both chambers of the Legislature and remains embargoed until then.

Scarpinato provided broad outlines: The focus will be on public education, public safety, infrastructure, and the needs of rural Arizona.

It doesn't appear the governor will follow up on his expiring "20 by 2020" plan - providing 20 percent raises to Arizona teachers over three years, with the final installment at the end of June. 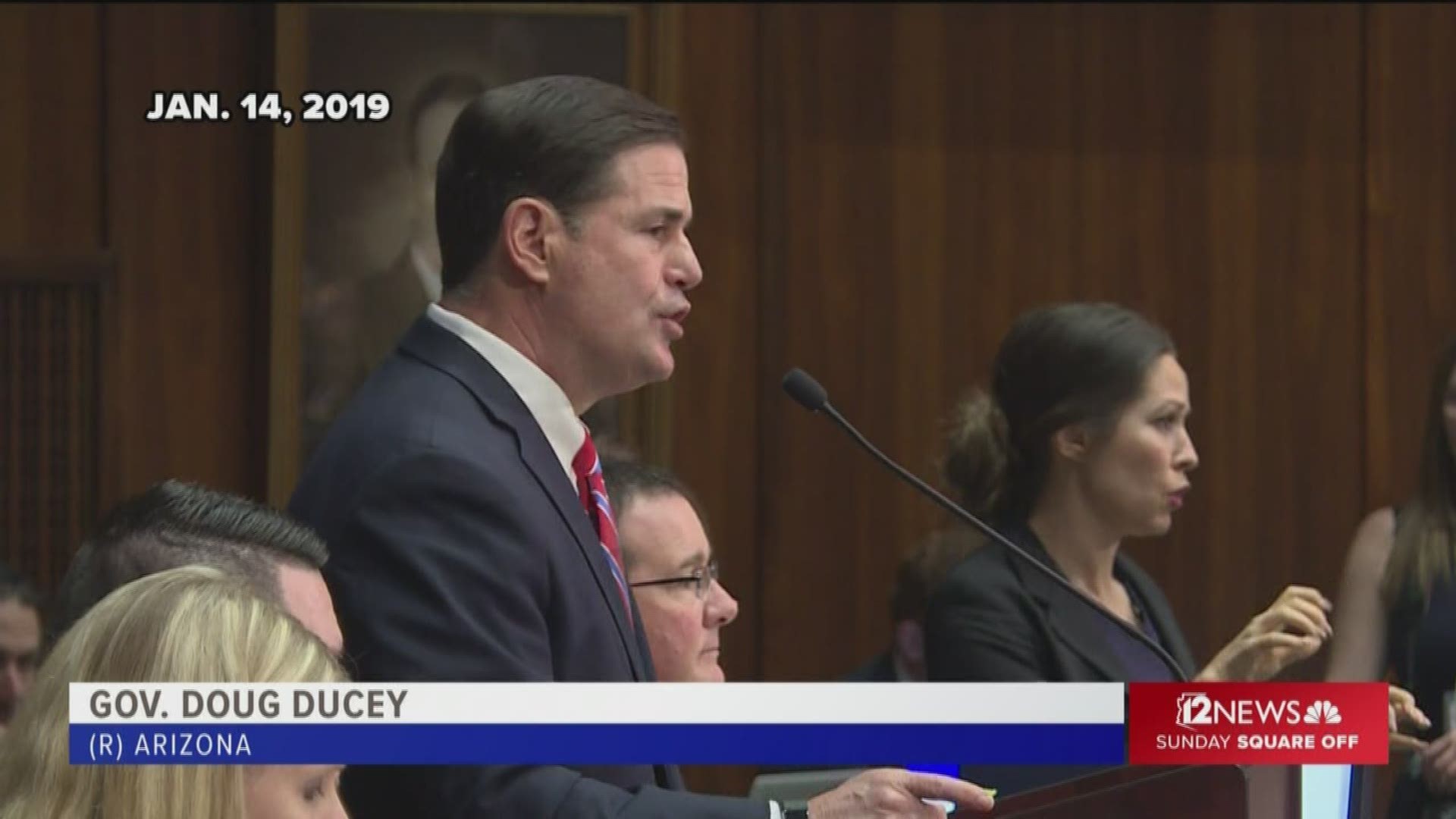 Polletta said the governor is facing competing demands for higher pay from corrections officers and others.

She believes we'll hear more on education, as well as at least one big infrastructure project, likely helping rural counties.

Scarpinato, as well as the governor in an interview Friday, indicated the focus will be on rewarding school achievement.

One thing to watch for: more money going to higher-performing schools

The state is flush with cash, with a $1 billion rainy day fund and a projected $750 million surplus. It's a stark turnaround from the governor's first "State of the State" in 2015, when he warned of a projected billion-dollar deficit.

On Friday, after the "Square Off" taping, the governor warned what he called "the spending lobby" not to expect big-ticket expenditures.

However, the governor has revived his push from his 2014 campaign to drive down Arizona's income tax rate as close to zero as possible.

The political backdrop for the governor's speech and the new session is an election year in which Republican lawmakers are playing defense to hold on to their slim majorities in both chambers.

MORE: Mike Bloomberg goes big in Arizona primary. But win or lose, he's not going away.