Police say it all unfolded when a Valley clinic was worried the couple’s 2-year-old son might be facing life-threatening fever. 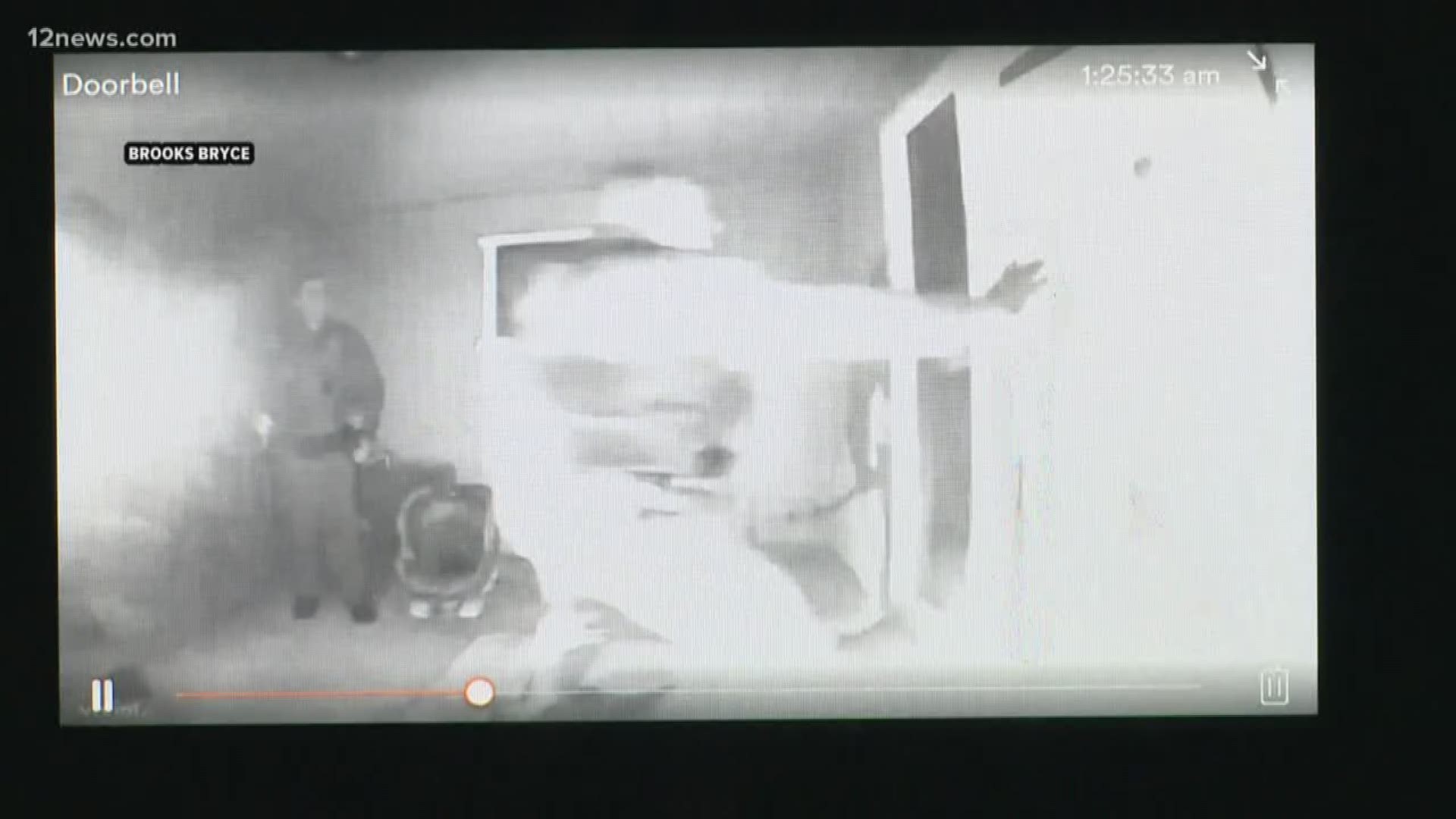 Chandler police broke down the door of a home after concerns a child inside had a life-threatening fever and the parents refused to let officers and a Department of Child Safety investigator in to check on the child.

The Chandler couple is devastated and angry after their kids were placed in protective custody.

The father of the child refused several times to let them inside the home, a warrant was obtained. The parents say their child was not in danger and police had no right to come into their home.

Police say it all unfolded when a Valley clinic, Southwest College of Naturopathic Medicine, called the DCS, worried the couple’s 2-year-old son might be facing life-threatening fever.

“They examined him and then they left for a few minutes, so then they came back in again and they said his fever was 105 and that we need to take him to the ER,” Sarah Beck, the boy’s mom, said.

She says she had taken her son there because he was feeling sick, but adds that after she left the clinic, she said her son was doing better. She stopped by a pharmacy to buy some items and take her son’s temperature again and says it had dropped to 102.

“And so I called the doctor back and said ‘Hey, I’m not sure how you got this 105 reading, my son’s acting fine. This doesn’t really seem like a medical emergency,'” Beck said.

The police report says the doctor told Beck to take her son to the hospital, she said she would, but after the emergency room called the clinic to confirm the child never arrived at the ER, the clinic called DCS.

A DCS investigator spoke to the doctor and contacted police, according to the police report. Chandler officers arrived at Beck’s home Monday night. They knocked on her door numerous time but weren’t getting a response from the family, until they called and Beck’s husband answered the phone.

"They said ‘Brooks, you have to come out of your house right now… we have to check on them [kids],’ and I said, ‘I have Heber in my arms, he’s doing fine, his temperature is 100 degrees. He's safe he’s asleep, could you please just leave us alone,’” Brooks Bryce, the boy’s dad, said.

He showed 12 News surveillance footage that captures Chandler PD pounding on his front door, saying they have a signed court order from DCS. The police report says the DCS investigator on scene got the order by a judge to give DCS temporary custody of their 2-year-old son, Heber, to get medically checked.

A short time later, police broke down their front door.

“Guns drawn, flashlights shining on me.. they saw me and asked me to put my hands up,” Bryce said.

He was handcuffed, while police checked on his kids. The family’s three kids were placed in DCS custody.

The police report says the decision to use forced entry was made because there was a present danger to the 2-year-old boy that required immediate medical attention.

The report also says police forced entry into the home because Beck and Bryce refused to come out and because DCS has a signed order by the judge.

According to the police report, officers say some of the kids had vomited several times in their beds, there was clutter everywhere and police found a shotgun in the parents' bedroom that was not locked or secured.

“I mean, they treated us like criminals, busting in our door. I mean, I don’t know what kind of trauma that did to my kids. Where are my kids right now is what I want to know,” Beck said.

They still don't know where their kids are and are waiting to hear back from DCS. Police say there are no criminal charges, but the investigation is still ongoing.