"Because this word isn't defined in the law, they can not enforce it," the president of the Salt River Wild Horse Management Group, Simone Netherlands, said. 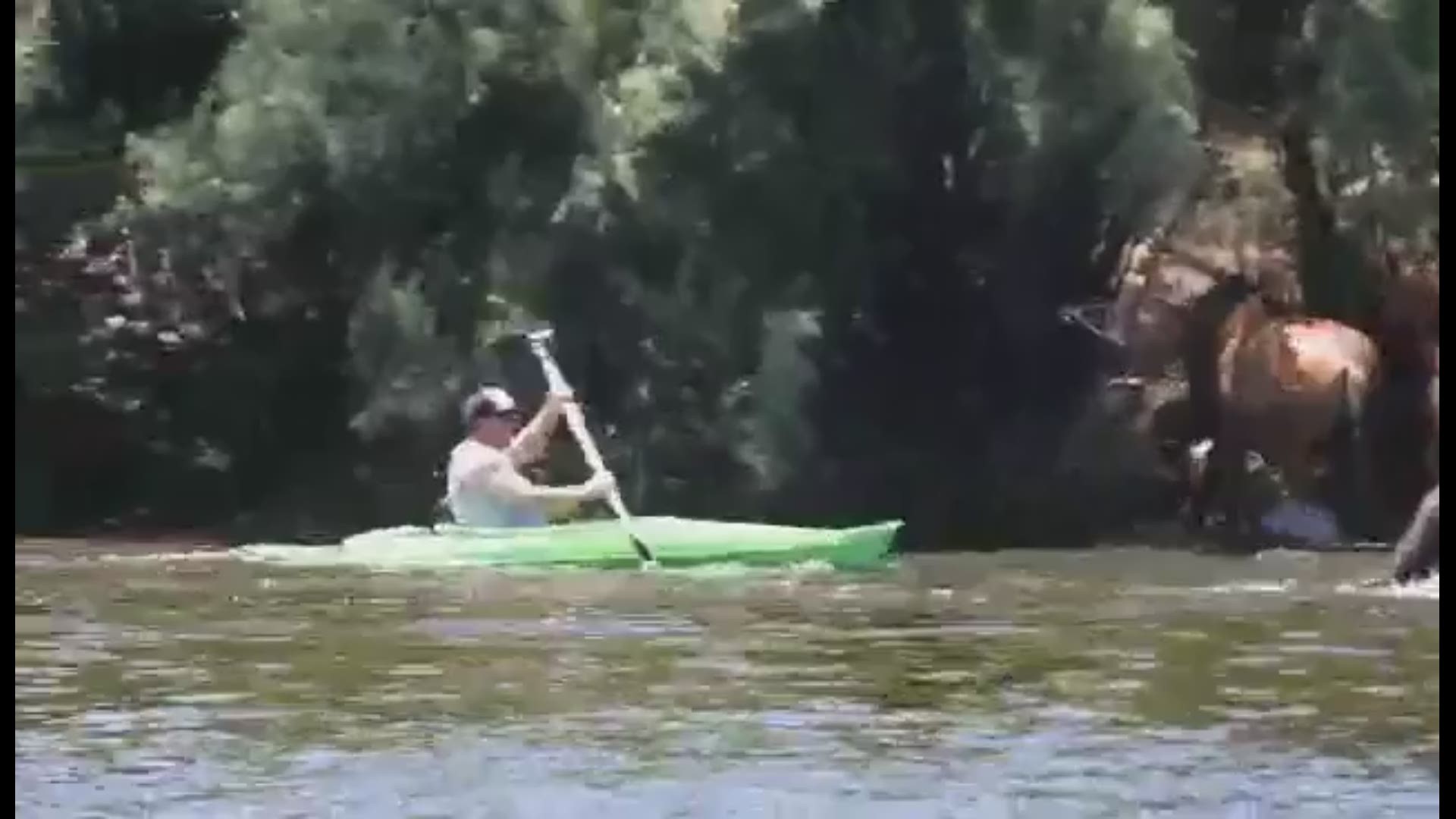 ARIZONA, USA — People on social media are expressing outrage after a video of a man chasing horses in a kayak on Salt River went viral.

The video, shared on the Salty's Wild Horses of the Salt River Facebook page by Maile Anela Alday, shows a man in a green kayak quickly paddling toward a group of horses drinking from the river.

Many online were calling for the man to be fined or arrested, pointing to a specific statute that states "a person shall not harass, shoot, injure, kill or slaughter a horse that is part of the Salt River horse herd."

This statute, named the Salt River Horse Act, was created to protect horses and is the reason why the horses are still here today, the president of the Salt River Wild Horse Management Group (SRWHMG), Simone Netherlands, said. However, there is not much law enforcement can actually do to enforce the statute.

"Even if we found out who this man was, law enforcement tells us that they actually can't enforce it because the word "harassment" is not a clear definition," Netherlands said.

The SRWHMG, whose volunteers are under contract with the state to humanely manage the horses, have been advocating for the Arizona District Attorney to define the word "harassment" in the statute so that the law can accurately be enforced.

"We would like the agriculture department to define the word harassment as chasing the horses by means of anything," Netherlands said. "We would like them to say that if you chase them with a car, with a bicycle, with a person on foot, with a drone, or with a kayak, it means that you're harassing the horses."

The band of horses in the video had a four-month-old with them when the man "intentionally & deliberately pushed them," Alday said in the post. While many online may believe this was harassment, it may be harder to prove it in court.

For now, SWRHM asks people to respect the Salt River wild horses in their natural habitat and stay at least 50 feet away from them at all times.