Austin Peck was an 11-year veteran with the Goodyear Fire Department. He leaves behind his wife and two daughters. 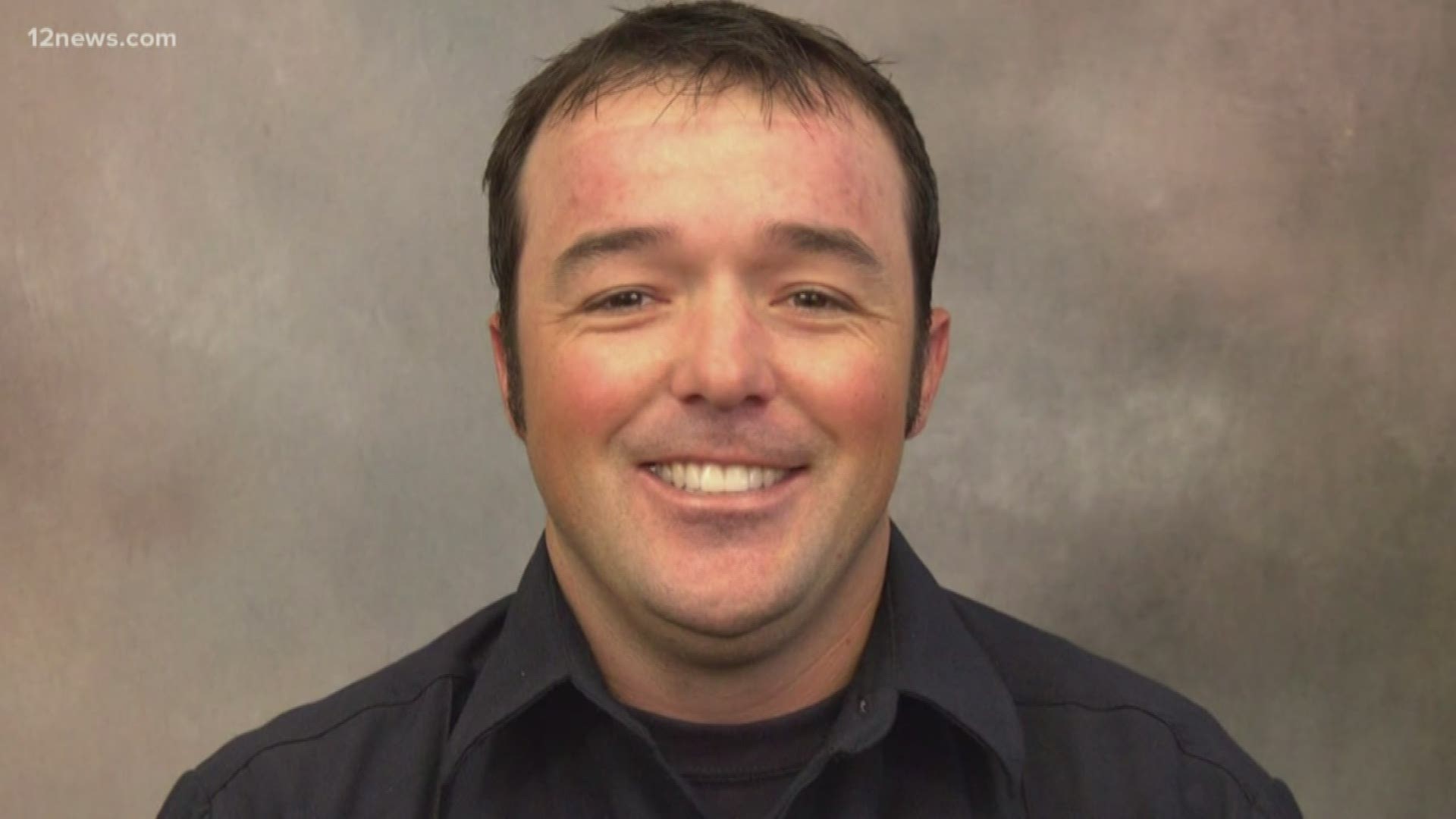 GOODYEAR, Ariz — An 11-year veteran with the Goodyear Fire Department died of cancer Saturday night, the department said in a statement.

Austin Peck, a fire engineer with Goodyear since 2008, was diagnosed with occupational cancer in 2015. Peck recently retired in July to focus on fighting his cancer.

“No matter what the situation, Austin always treated everyone with compassion,” Goodyear Fire Chief Paul Luizzi said. “His brothers and sisters are remembering not just how skilled he was at his job, but also the humor he brought to the work we do each day, especially on the toughest of days.”

"Austin was known for being willing to do anything for his brothers and sisters at any time," the department said.

Peck leaves behind his wife and two daughters. His colleague, Jason Richmond, who went through the academy with Peck said Peck fought to live for his family.

"His long fight with this cancer proves the type of character he had and how hard he always fought at whatever he did," Richmond said.

A procession was held for Peck Sunday at 4 p.m. as his body was transported to Shadow Mountain Mortuary on E. Greenway Road, Goodyear Fire said.

The route went east on Bethany Home 7th Street. North on 7th Street to Cave Creek Road and then Cave Creek to the mortuary on Greenway.