Nicholaus says he wants to be a police officer and a firefighter when he grows up. 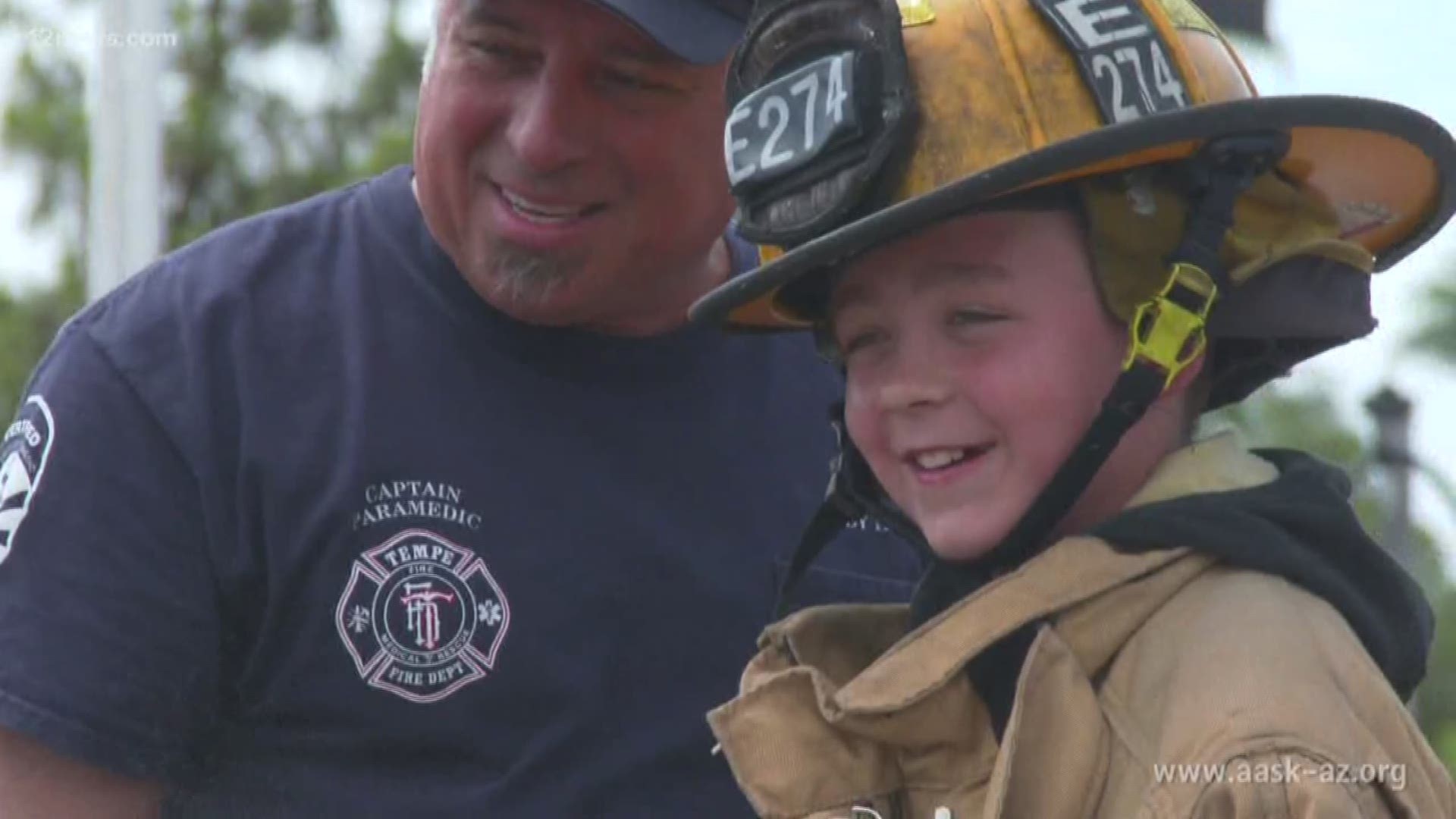 Riding a horse is a lot of fun, but what 11-year-old Nicholaus really likes is what goes on before and after.

During a morning at the stables of the Tempe Police Mounted Unit, Nicholaus brushed two of the horses that make up the unit and cleaned out their hooves under the guidance of Officer Stephanie Braxton, Officer Paul Elenius and Sgt. Damon DeSpain. After several laps around the training ring astride a horse named Stryder, Nicholaus helped the horses cool down with a water spray.

It’s during these chores that Nicholaus really beams.

Why does he like caring for the horses so much?

“Because that’s what Jesus wants us do to,” Nicholaus says. “To take care of all the animals he gave to us.”

But, it’s not all work and no play for this energetic boy who loves being outside.

“My favorite sports are football, basketball, soccer and then tennis,” he says.

He is also a big fan of all the Harry Potter books and movies.

Nicholaus says he wants to be a police officer and a firefighter when he grows up, so he was super excited when a fire engine and crew from the Tempe Fire Department stopped by and gave him a ride in the truck.

Nicholaus will thrive in a two-parent household with siblings, says John Hicks, a child-specific adoption recruiter with Aid to Adoption of Special Kids.

And if that forever family lives on a farm or ranch with horses, goats, chickens and cows and such, so much the better.

Watch the stories of children in foster care waiting on forever families each week on the Wednesday’s Child segment between 5-6 a.m. on Today in AZ. You can also view previously aired stories at www.aask-az.org.