Holocaust survivors living in Arizona get help with COVID-19 vaccine

The number of Holocaust survivors left in the world to share information in a way the history books can’t is growing smaller. 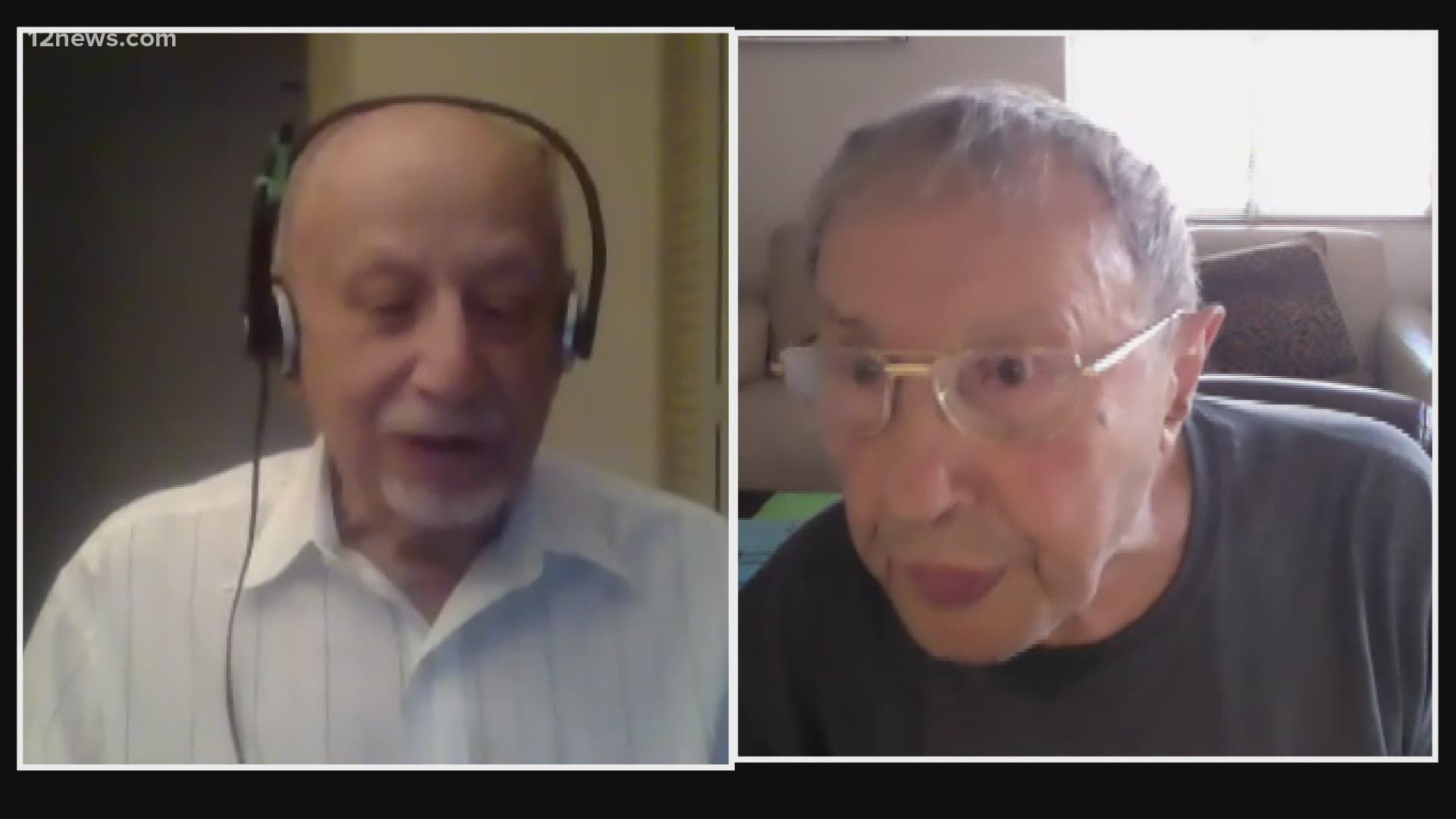 PHOENIX — The COVID-19 vaccine is already helping protect some of Arizona’s most vulnerable.

Those seniors have all sorts of stories to keep sharing, including those who survived the Holocaust.

“All of a sudden they machine-gunned them.”

“They went off to the gassing camp.”

Those are some of the images Dr. Alexander White retells of his first-hand accounts of the horrors of the Holocaust and its emotional toll on families as loved ones were killed by Nazis.

White, who lives in Phoenix now, was a teenager in Poland during the Holocaust. He spent time in the Jewish ghettos and later concentration camps.

He eventually was sent to work at Oskar Schindler’s warehouse in occupied Poland to work during World War II.

Steven Spielberg made a film called “Schindler’s List” about the factory owner who saved the lives of 1,200 Jews.

“I never knew about a Schindler until I got to Krakow,” said White. “I was very glad to be in that group. I had no idea there was a list."

At the age of 9, George Kalman’s Hungarian family members were forced from their homes and sent to labor camps.

The number of Holocaust survivors left in the world to share information in a way the history books can’t is growing smaller.

Now the pandemic puts them even more at risk.

The Phoenix Holocaust Association and the state health department is helping both of these Valley men get the COVID-19 vaccine.

“I want to prevent giving the virus to somebody else,” said Kalman.

“And I hope we’ll get some normalization. The light is there,” said White.