The lawsuit claims the owners kept tips away and for deducted pay that would bring an employees earnings below minimum wage. 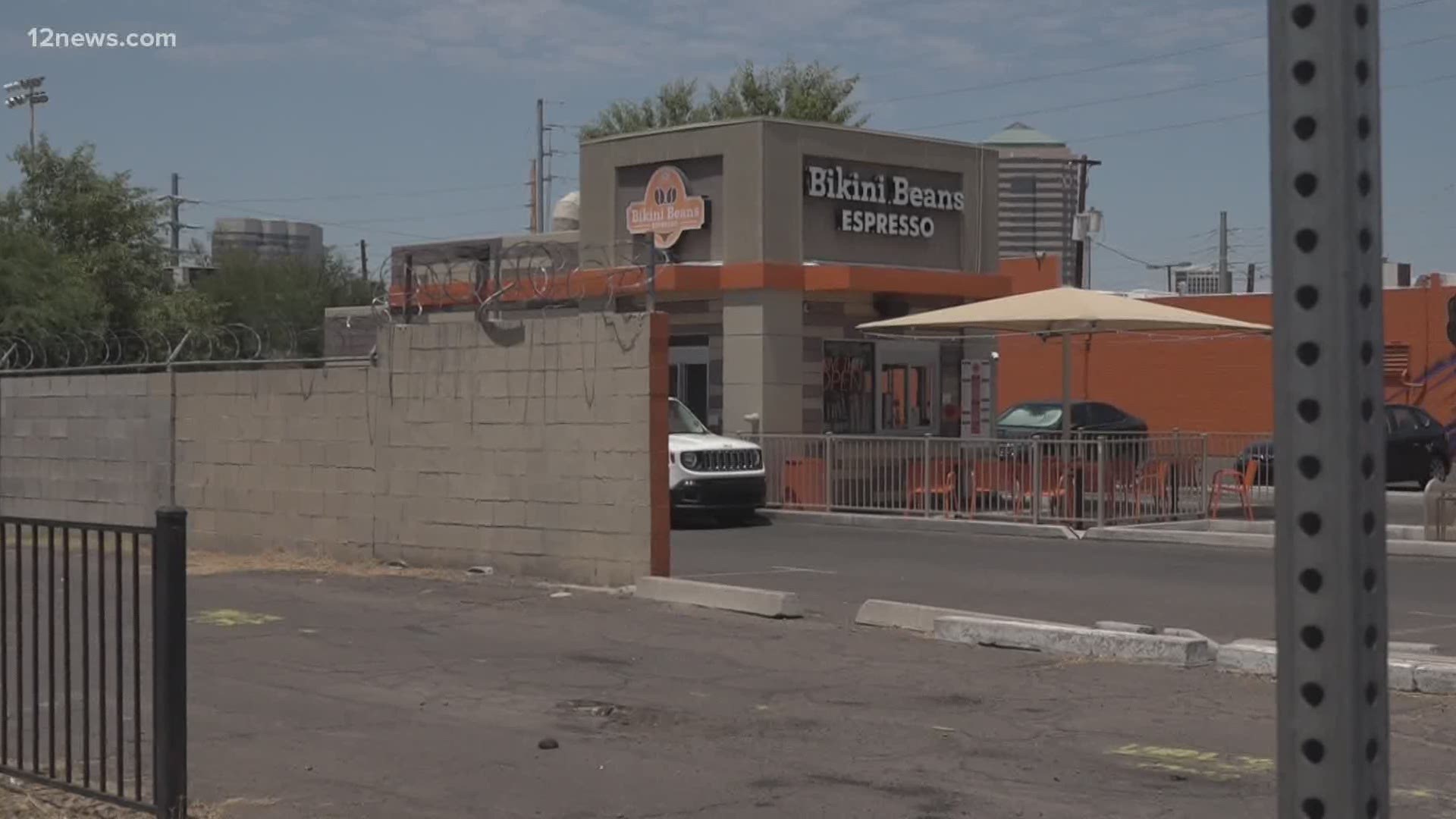 PHOENIX — The owners of a Valley coffee company are being sued for stealing wages, according to a new lawsuit filed by former employees.

The lawsuit was filed Thursday against Ben and Regina Lyles, who own Bikini Beans Coffee shops across the Valley. It accuses the couple of not paying employees overtime, of keeping tips away and for deducting pay that would bring an employee's earnings below minimum wage.

12 News learned the pay deduction and loss of tips were part of a contract agreement signed by employees.

A 2014 copy of the contract shows that employees had to agree to lose their tips if they were late to work. It also reads that the cost of training an employee is $300 and if an employee leaves the company within a 180-day period or is terminated, that $300 fee would be taken out of their last paycheck.

"They tell you they’re going to give you everything and they rip it from under your nose," says Alicia, a former employee. "They make it seem like its your own fault."

"What we have seen, based on our allegations, is wage theft," says attorney Cliff Bendau. "Pure and simple."

Bendau, the attorney representing the former employees in the class action lawsuit, argues the loss of tips and a $300 deductible for baristas and $1,200 deductible for managers would bring the employees below minimum wage, which he says violates state and federal labor laws.

Earlier this month, a public relations representative for the owners of Bikini Beans said these are just disgruntled former employees and denies any wrongdoing.

After the lawsuit was filed, the representative sent the following statement:

“While we don’t comment on pending litigation, Bikini Beans is a business of integrity and a business that our customers love. We value all our employees and offer a generous compensation package with a minimum base wage of $10 plus tips which allows all our employees to make significantly more than the state and federal minimum wage. We believe this case brought by a group of former employees is without merit and we look forward to our day in court where we fully expect to be victorious.”

The lawsuit seeks damages for unpaid overtime and wages for these Bikini Beans former employees.

The rep for Bikini Beans says that the company changed its contract to no longer include the $300 training fee clause since early 2020.

Read the full complaint below: