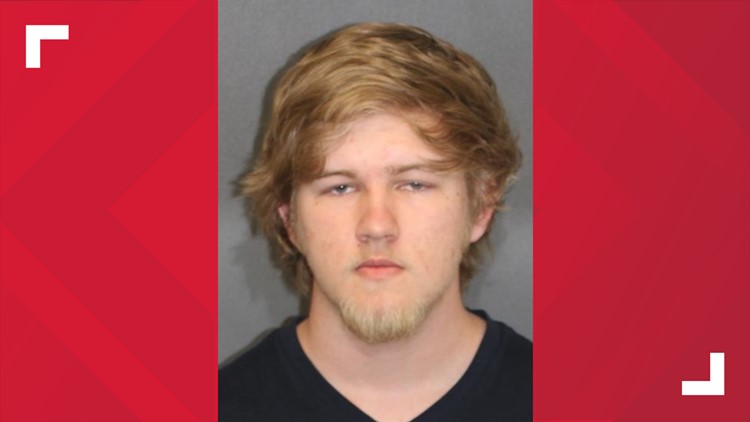 MOHAVE VALLEY, Ariz. — An 18-year-man was arrested Thursday for allegedly extorting a teenage girl for inappropriate photos and videos.

Mohave County Sheriff's detectives received a report last month from a 17-year-old girl who claimed her social media account was hacked and the hacker gained access to inappropriate photos of her.

She reportedly told investigators the hacker reached out to her and threatened to release the photo unless she gave him other photos and videos.

Detectives followed the cyber trail left behind and said it led them to 18-year-old Cameron Charles Brush. Investigators say they found the IP address of the computers used and linked the computers to where Brush lives.

Detectives said Thursday they executed a search warrant and interviewed Brush. He allegedly admitted he hacked several accounts of other minors. He told detectives he had taken photos from about 50 people, according to investigators.

Brush is facing two counts of sexual extortion, felony theft by extortion and commercial sexual exploitation of a minor.

“This ongoing and extensive investigation is a great reminder to parents of the possible dangers of social media. The Mohave County Sheriff’s Office recommends that parents monitor the social media accounts of their underage children and discuss the dangers of sending photos of themselves to anyone.” Chief Deputy McKie added, “It is very troublesome to know that there are a large number of unidentified victims in this case.”

This investigation is ongoing. Detectives are looking for other victims in this case.