Prince Charles spills new details on why he married Diana

When Prince Charles becomes King Charles III of Great Britain, he'll be the oldest ever to be crowned and the one who waited the longest. And, as a new biography suggests, he may be the most improbable, even peculiar, monarch to ascend the throne in nearly 1,000 years and after 40 predecessors. 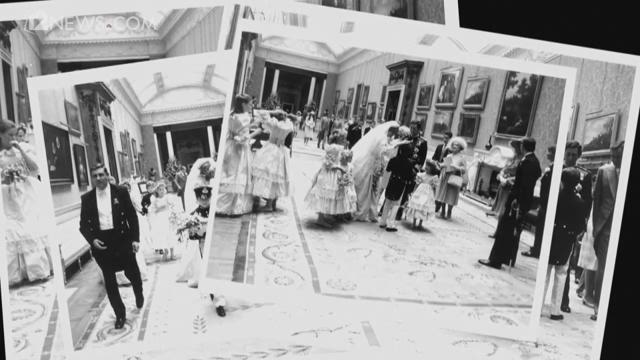 When Prince Charles becomes King Charles III of Great Britain, he'll be the oldest ever to be crowned and the one who waited the longest. And, as a new biography suggests, he may be the most improbable, even peculiar, monarch to ascend the throne in nearly 1,000 years and after 40 predecessors.

Britain's second longest-serving Prince of Wales (he will surpass Edward VII's record in September) has been waiting to fulfill his destiny for 65 years. You would think there could hardly be anyone left in the United Kingdom who is unaware of his strengths and flaws, his quirks and passions, his many entrepreneurial and philanthropic endeavors, his outspoken and opinionated approach to royal duty.

But you would be wrong, because Sally Bedell Smith, the acclaimed American biographer of Charles' mother, Queen Elizabeth II, and his tragic first wife, the late Princess Diana, has found new details and insights about the life story and character of the man who will be king and wrapped them up in her new book Prince Charles: The Passions and Paradoxes of an Improbable Life (Random House, on sale April 4).

Why should Americans care? For one thing, there is the Yankee yen for behind-the-scenes tittle-tattle about the lifestyles of the rich and royal. And there is the lingering interest, not to say obsession, in the U.S. for anything having to do with lost Diana.

It can't be a bad thing to know as much as possible about the man who will be the next head of state of America's closest ally, succeeding a long-reigning queen (65 years and counting) whose engagement with the U.S. over the decades has been at least as crucial to the "special relationship" as that of whoever happens to occupy 10 Downing St.

And unlike the queen, Charles, 68, has met Donald Trump, Smith reports, when the new president was merely a flamboyant real estate developer. In 1988, Charles went to West Palm Beach to stay with rich friends, raise charity funds and play polo. Trump squeezed into the royal schedule by hosting a tea for the prince at Mar-a-Lago, now the weekend White House.

What are some of the things we learn from Smith that we didn't know much about before?

1. Why did Charles marry Diana?

It wasn't for love. In effect, he was bullied into it  — or so he thought  — and that sheds light on sensitive Charles' fraught relationship with his brusque father, Prince Philip, Duke of Edinburgh, 95. Charles, then 32, and Lady Diana Spencer, a besotted 19, had only a few dates by 1981, but the media pack was stalking her, convinced she was the one.

Philip wrote Charles a letter — because that is the "regrettable" way they communicated, Smith writes — telling him it was unfair to Diana's reputation to dawdle: Either propose or release her, he advised.

"It was measured and sensitive," said Charles' cousin, Pamela Hicks, who read the letter. Charles did not see it that way. "He wasn't in love, he wasn't ready," Hicks told Smith. "He saw it as a ghastly threat. Psychologically he assumed his father bullied him, so he read it as a bullying letter." If only Philip and Charles had talked it through, laments Smith.

2. Tales from the War of the Waleses

This is well-trod ground, but Smith delves deeper into the emotional, psychological, social and age reasons this was the most catastrophically mismatched royal couple since George IV — who detested his wife, Queen Caroline — locked the doors of Westminster Abbey to bar her from his 1821 coronation.

Diana, aggrieved about Charles' relationship with his long-time mistress, Camilla Parker Bowles (now his second wife, the Duchess of Cornwall), fought back in ways an unbalanced and insecure girl would recognize: They had regular blazing rows, and when Charles knelt down at night to say his prayers (yes, he does this), Diana would hit him on the head and continue shouting at him.

She banished many of his old friends, and even his dogs. She taunted him that "You'll never be king!" and ridiculed him as "ridiculous" when he wore one of those gold-encrusted military uniforms royal men routinely wear.

Diana was a mess, psychologically damaged but "high functioning" and able to put up a good front in public. Charles tried to find her a therapist for her issues (acute anxiety, bulimia, depression, self-mutilation, attempted suicide), but she resisted. He was clueless about helping her and, along with everyone else in her life, eventually gave up on her. Meanwhile, Smith found, Charles himself was in various forms of therapy for years.

What does he see in her? Smith answers this longstanding question by showing how different 69-year-old Camilla is and was compared with Diana. Handsome, not beautiful and definitely not virginal when she and Charles met in a friend's apartment in 1972 (a moment Smith pinpoints for the first time), she was seen as unsuitable royal marriage material at the time.

Camilla is earthy and lusty, confident and self-assured, especially on a horse. She is warm and fun, supportive and nurturing, even media-savvy. She understands Charles, knows how to steady him, likes what he likes. Since they married, he has never been happier.

Will she be called Queen Camilla and be crowned his consort? Smith leaves little doubt that legally and automatically Camilla will be queen, and that Charles will seek to ensure she is called that.

Their names will mean nothing to most Americans but over the decades, Smith found, Charles has metaphorically sat at the feet of a remarkable number of gurus of various stripes. He was so close to one of them, Laurens van der Post, he named him one of Prince William's godparents.

Despite his loopy reputation, Charles is "a deeper thinker, especially in spiritual matters, than we thought," says Smith. "Not even his close friends have any idea of the degree of interest he has in Sufism (mystic Islam), for example."

Cooked for three minutes, full stop. His chef, who often accompanied him on weekend visits to friends' homes, customarily boiled several batches and tossed those that didn't fit his precise instructions. His typical breakfast: a handful of his specially mixed wheat germ and cereal grains, with honey and preserves on a silver tray, a few pieces of fruit, and tea. He never eats lunch.

A typical dinner consists of salad with a soft-boiled egg. And a dry martini. If invited to dinner, his security team carried the martini in a special case.

6. A man of contradictions

He is by turns charming and witty, petulant and stubborn. His office is wildly disorganized and his thinking often is, too, but his various charities and businesses (such as his line of organic products) have been highly successful.

His friendships include women of the age of his beloved grandmother, the late Queen Mother, plus a long list of celebrities (the late Joan Rivers, Emma Thompson, Phil Collins, Joanna Lumley, Rowan Atkinson, Stephen Fry, to name a few). His personal enthusiasms include classical music and architecture, painting and art museums, polo and hunting, and especially, gardens and gardening.

He is stiff, eccentric and set in his royal ways, always dressed in a double-breasted suit (no pocket flaps, handkerchief billowing from breast pocket, flower in button hole) and Turnbull & Asser shirts with French cuffs.

Unlike his mother, a woman who never breaks royal rules nor reveals her thoughts, Charles is forever doing both. Will he be an activist "philosopher king" blurting out opinions he shouldn't and firing off memos to government officials?

Never mind the plot line of the popular stage play, King Charles III: Charles has been schooled in British constitutional tradition from an early age, writes Smith. "After years of doing what he pleased as an individual with the royal family, he would be transformed into a national institution, obliged to do as he was told."

If he wants to pass on a stable monarchy to his son and grandson, Prince William and Prince George, he will have no choice. 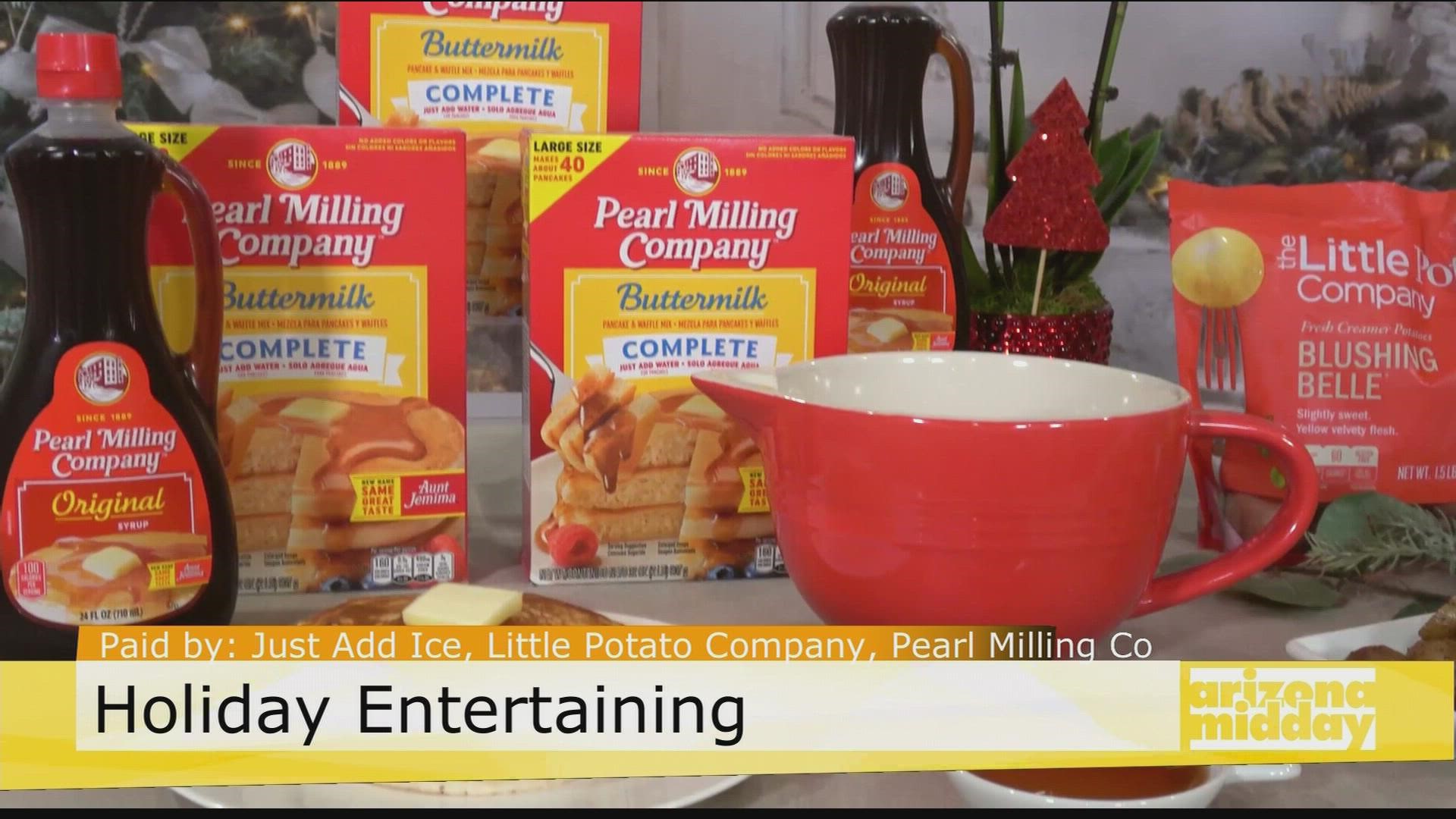