Crews were working Friday morning to clean up the damage caused by monsoon storms in the Valley the night before. 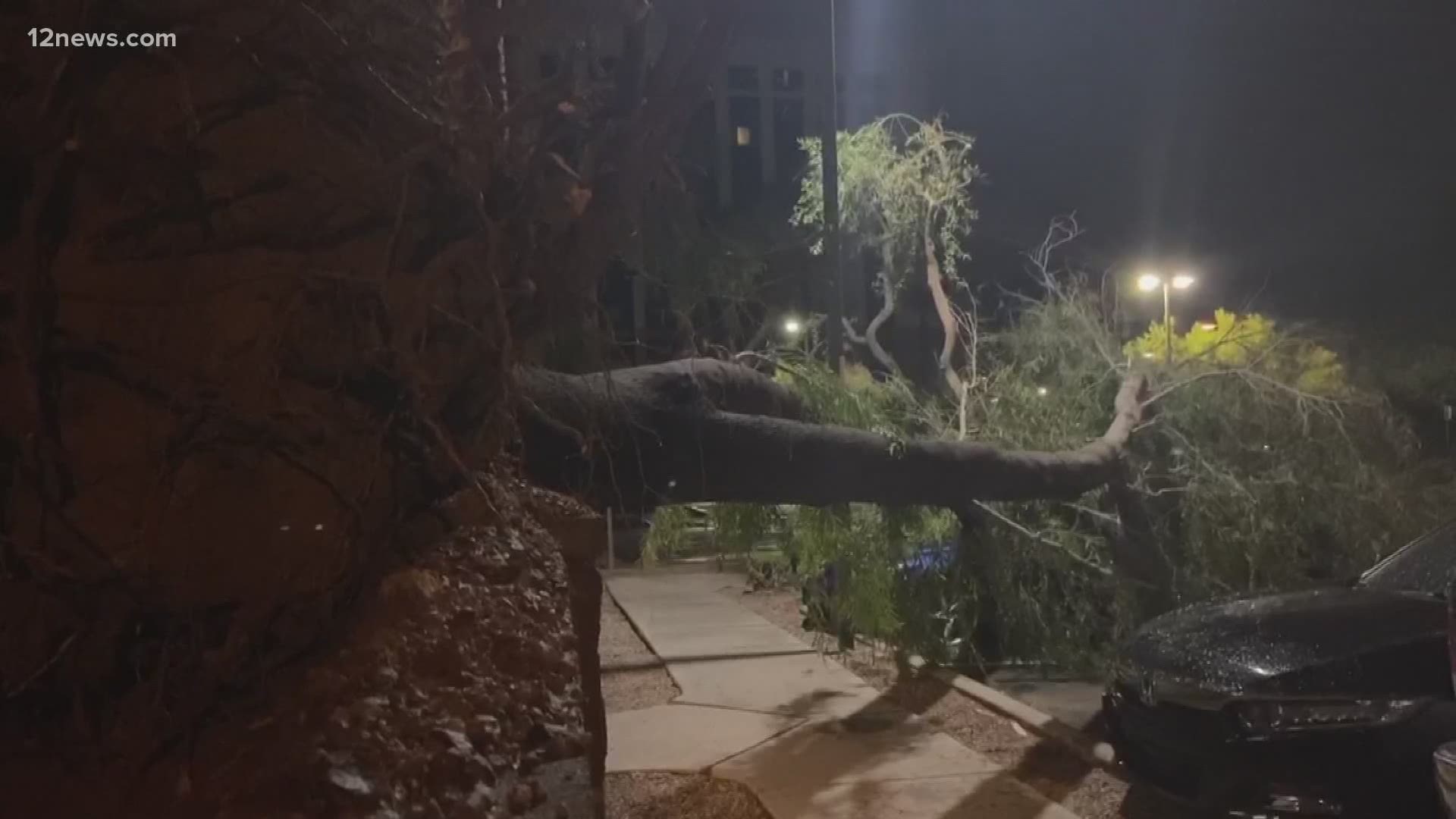 PHOENIX — Crews were working Friday morning to clean up the damage caused by monsoon storms in the Valley the night before.

Sky 12 captured footage of an overturned truck in the Valley.

Sky 12 flew over the Valley to check out the storm damage.

Sky 12 over storm damage in the Valley

Traffic lights were out at Loop 101 and Cave Creek. They were working shortly after.

Phoenix Police officers advise the traffic lights are out in all directions at the intersection of State Route 101 and Cave Creek. Traffic is restricted in that area. pic.twitter.com/CHdOciq2gv

The National Weather Service in Phoenix says .90” of an inch of rain was measured at Phoenix Sky Harbor Airport on Thursday.

Click on the link below to see how much rain there was with last night's storms. #Phoenix Sky Harbor hit the jackpot with 0.90 in. of rain last night!#azwx https://t.co/eXqYBdQmKV pic.twitter.com/ZMOFR7VqRw

12 News' Jen Wahl was at 32nd Street and Osborn, where a tree was uprooted and fell on a tree. No one was injured.

Phoenix Fire says no one was hurt during this incident. 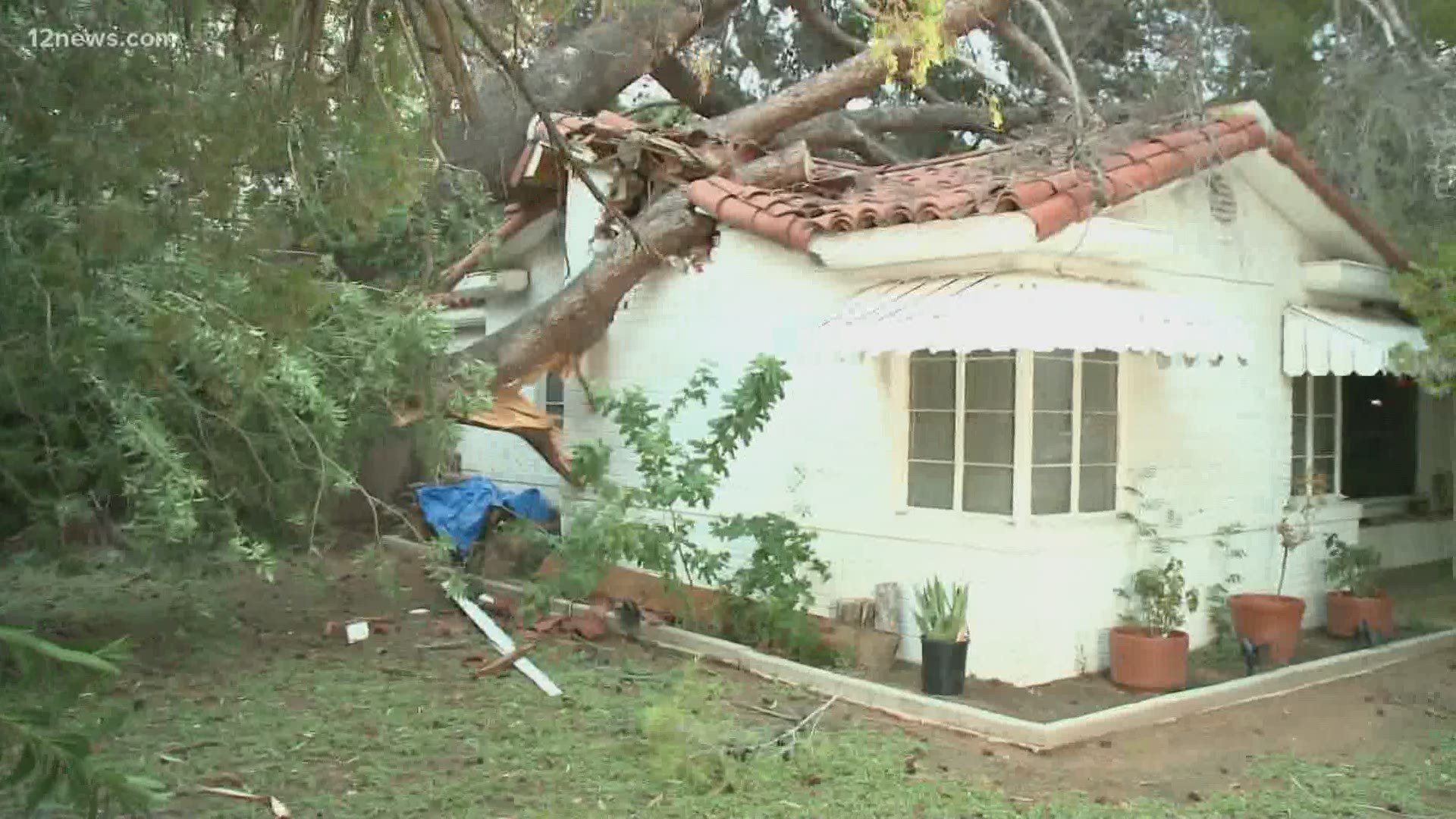 National Weather Service in Phoenix says about 90,000 lightning flashes were detected across Arizona on Thursday.

Around 90,000 cloud to cloud lightning flashes were detected on Thursday across Arizona. #azwx pic.twitter.com/5D5LjWgya4

The fire is estimated at 150-200 acres and is sitting in a remote area of the park.

It has since decreased in activity due to cooler temperatures and increased humidity, but will become active once it heats up, officials said.

There are no structures threatened at this time and no evacuations, but residents should be ready to evacuate.

The park is temporarily closed due to the fire.

As the storm rolled through Phoenix, firefighters say a 100-foot tree fell on a house near 32nd Street and Osborn Avenue, but no one was hurt.

So many images from the strong storm tonight! Check out this 100 foot Pine Tree that was uprooted near 32nd St and Osborn! Luckily there were no injuries. Firefighters are making sure the home is still safe to occupy. pic.twitter.com/XQaCS93JO9

Pinal County Sheriff's Office is advising residents to avoid the areas of Combs Road from Kenworthy Road to Schnepf Road and Hunt Highway south of Oasis.

Additional damage is possible so officials ask that unnecessary travel be avoided.

Thousands of people lost power in the strong thunderstorm that passed over Phoenix, Scottsdale, Tempe, Peoria and Glendale.

A fire started on the Superstition Mountains north of the Peralta Trailhead during the lightning storm. The fire was not a threat to the community.

RELATED: Fires visible from the Superstition Mountains are not an active threat

The National Weather Service has issued a flood warning for the Valley until 11:15 p.m.

If floods occur they are expected to be minor in low lying areas.

The "stupid motorist law" is in place which states that anyone who becomes barricaded by flooding on a public street or highway is liable for expenses related to emergency response.

Strong winds, hail and lighting possible in Maricopa and Pinal Counties in place until 8:45 p.m.

A severe thunderstorm warning was issued for Fountain Hills and Scottsdale for high winds and quarter-sized hail until 8:00 p.m. by the National Weather Service.

Strong storms are moving into the Valley Thursday evening along with blowing dust. Here’s the latest as of 7:05pm. #12news

Team 12 Meteorologist Lindsay Riley says damaging winds are the main threat for the Valley as the storms move in. The thunderstorm moving south into the Valley this evening originated in Payson and it has now made it’s way through Black Canyon City, down the I-17 to Anthem, Carefree and Cave Creek.

Up to 50 mph wind gusts and pea-sized hail are both likely with this storm, according to Team 12’s Lindsay Riley.

Early in the 7 p.m. hour, the storm was moving south at about 20 miles per hour. Riley says radar projects the storm will hit Phoenix at 7:39 p.m. and Scottsdale at 7:45 p.m.

Wind gusts up to 50 miles per hour are possible for New River, Anthem, Cave Creek and Carefree.

Storms continue to move down from the north and east. Gusty outflow winds are a given at this point. #azwx pic.twitter.com/bNOMQDoZNn

Storms were expected to ignite in the higher terrain of northern and eastern Arizona and advance in the southwest direction.

Slow down & stay alert on the road this morning, #PHX!

If removal of a downed tree/branch or storm debris is needed to clear a street or sidewalk, dial 602-262-6441.

Stay with 12 News for updates throughout the night on the storms as they make their way to the Valley. 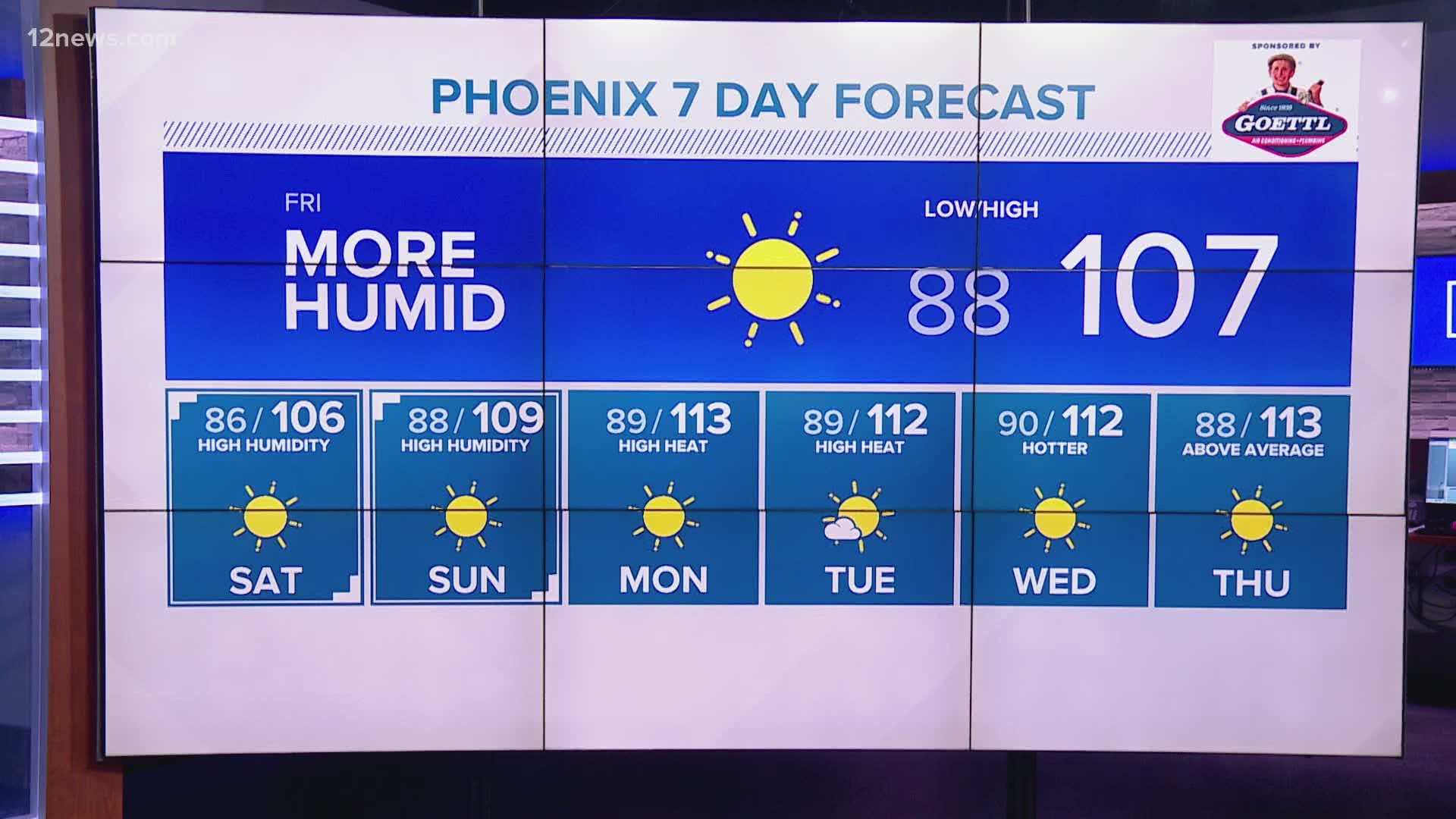 Severe weather in the Valley: August 17 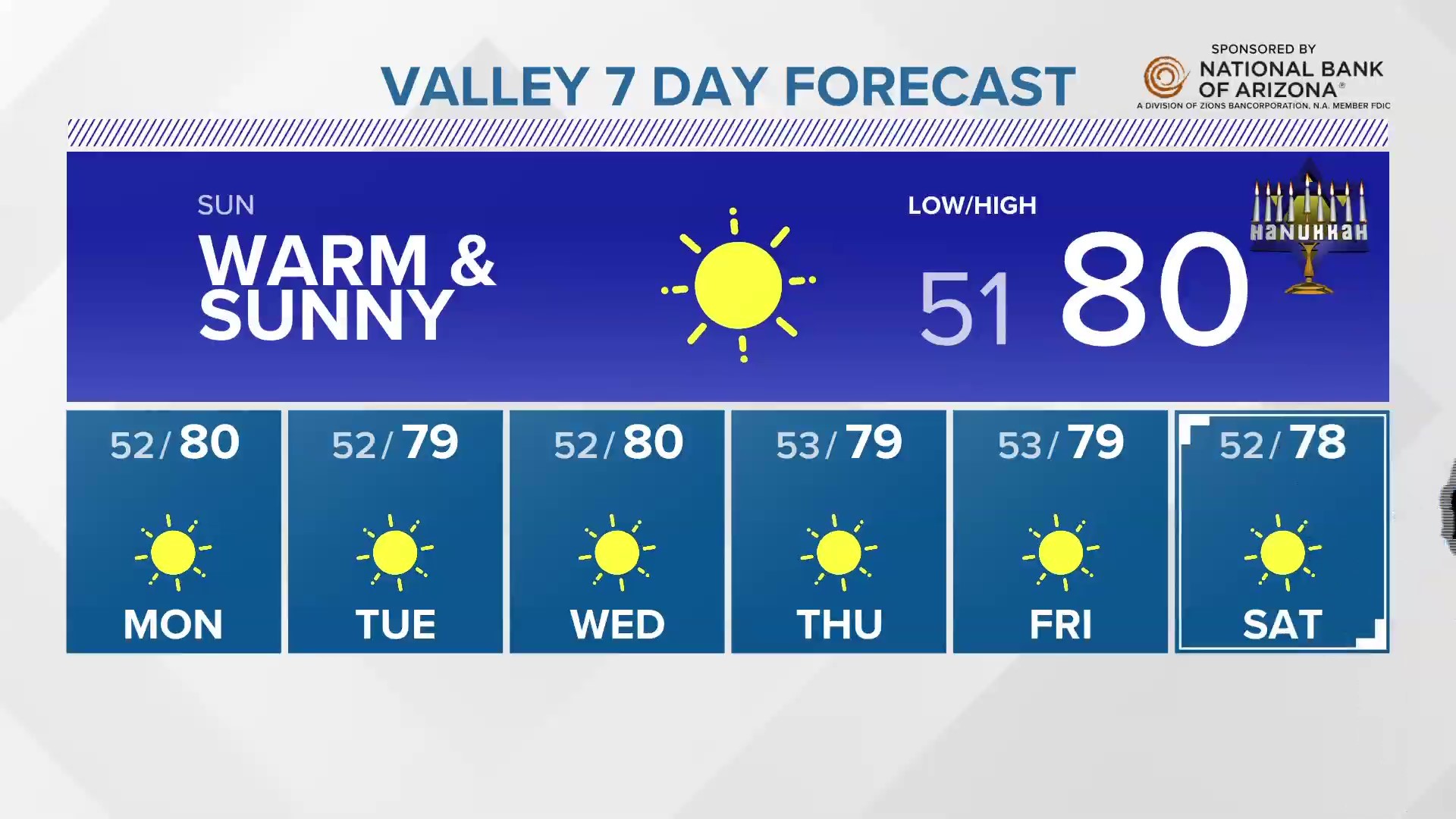