People were busy cleaning up downed trees and fixing their roofs after a strong storm moved through early Friday morning. 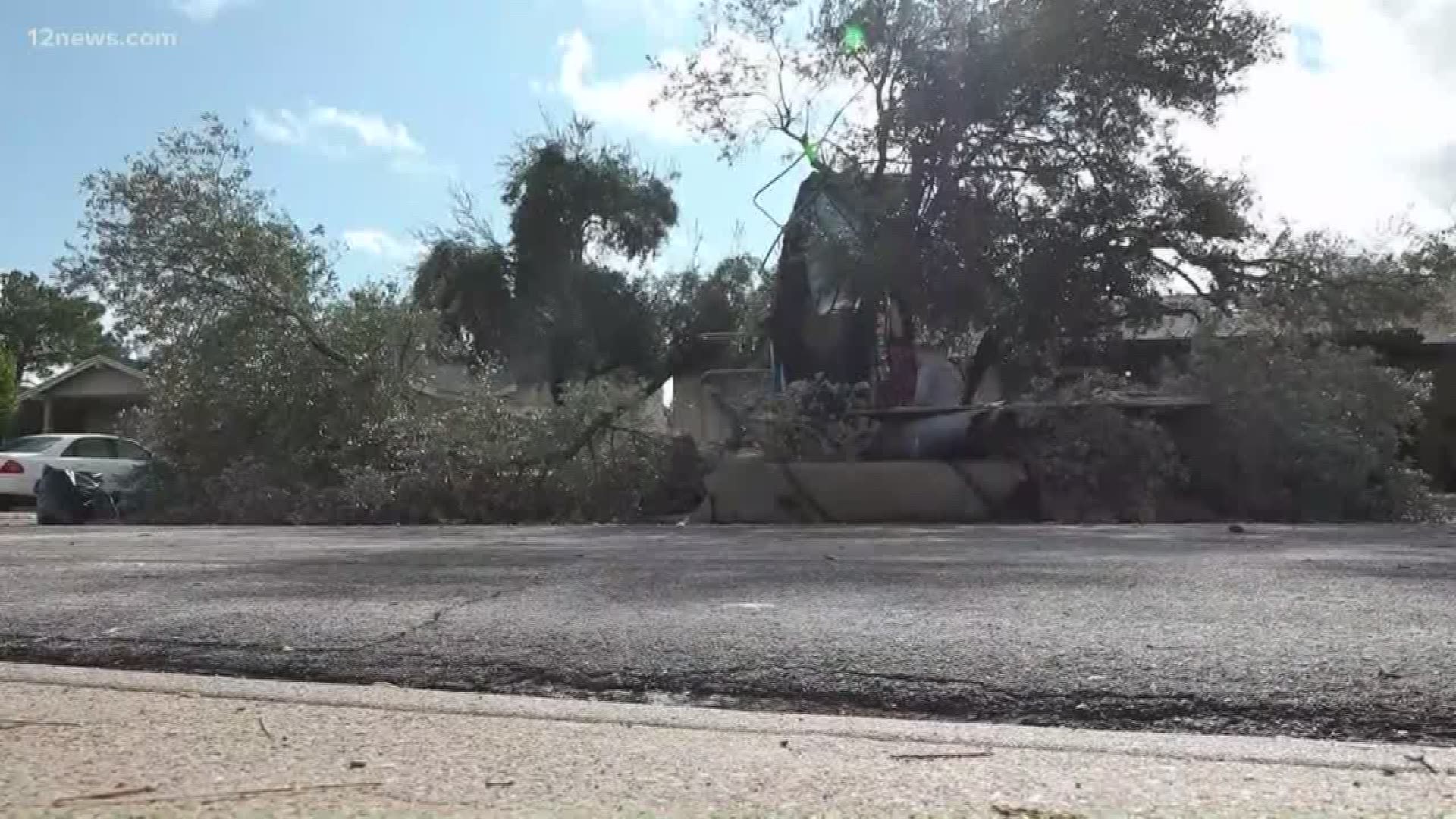 PHOENIX — The two massive trees down look bad. They look worse when you see the two cars stuck underneath them.

Patrick Boland is trying to do as much cleanup as he can.

“All I heard was the sound of a jet engine about 4 in the morning, and I heard a thud. I don’t know if it was my trees or the guy down the street’s roof. I have no idea."

There were trees down all over the North Valley.

Parts of the Valley were under a tornado warning early Thursday morning, but they’ve never seen damage like this.

RELATED: Neighbors in Phoenix stuck with roof and water damage after overnight storm

Boland was actually relatively lucky. He usually parks along the side of his driveway, which makes it easier to open the gate. But on Thursday night – for some reason – he didn’t.

“Two feet off the right and I still have a car now,” he said.

Those two trees destroyed his parking spot and ripped up his driveway. The concrete’s wedged under his car.

And that's not the worst of the damage in the area.

At 32nd Street and Cactus Road, a tree lay in the middle of the road. More trees uprooted and tossed over sidewalks.

And on 28th Street, the wind and rain took out a huge tree, along with plenty of others.

Most people here saw the tornado warning on their phones early Friday morning.

“That’s what woke me up. I sleep pretty soundly, but it was pretty bad if it woke me up," said homeowner Scott Moran.

The first thing you notice about Moran’s house is all the tree limbs in front. The second – is his trampoline still in the tree.

He’s spent the day cleaning up the damage from last night’s storm.

But the tree limbs, the trampoline, and the debris aren’t even the worst of it.

The wind tore off the roof over his back porch and threw it into his neighbor's front yard.

“I heard the violent wind, but the wind itself was so loud that I didn’t realize the roof had gone," Moran said.

That left holes in his house and laundry room – the rain seeping in overnight.

“Through the cabinets, maybe the walls. I’m not sure how extensive it is," Moran said.