Within a 9-minute span on Tuesday night, the temperature recorded at Deer Valley Airport rose from 108 to 111 degrees. 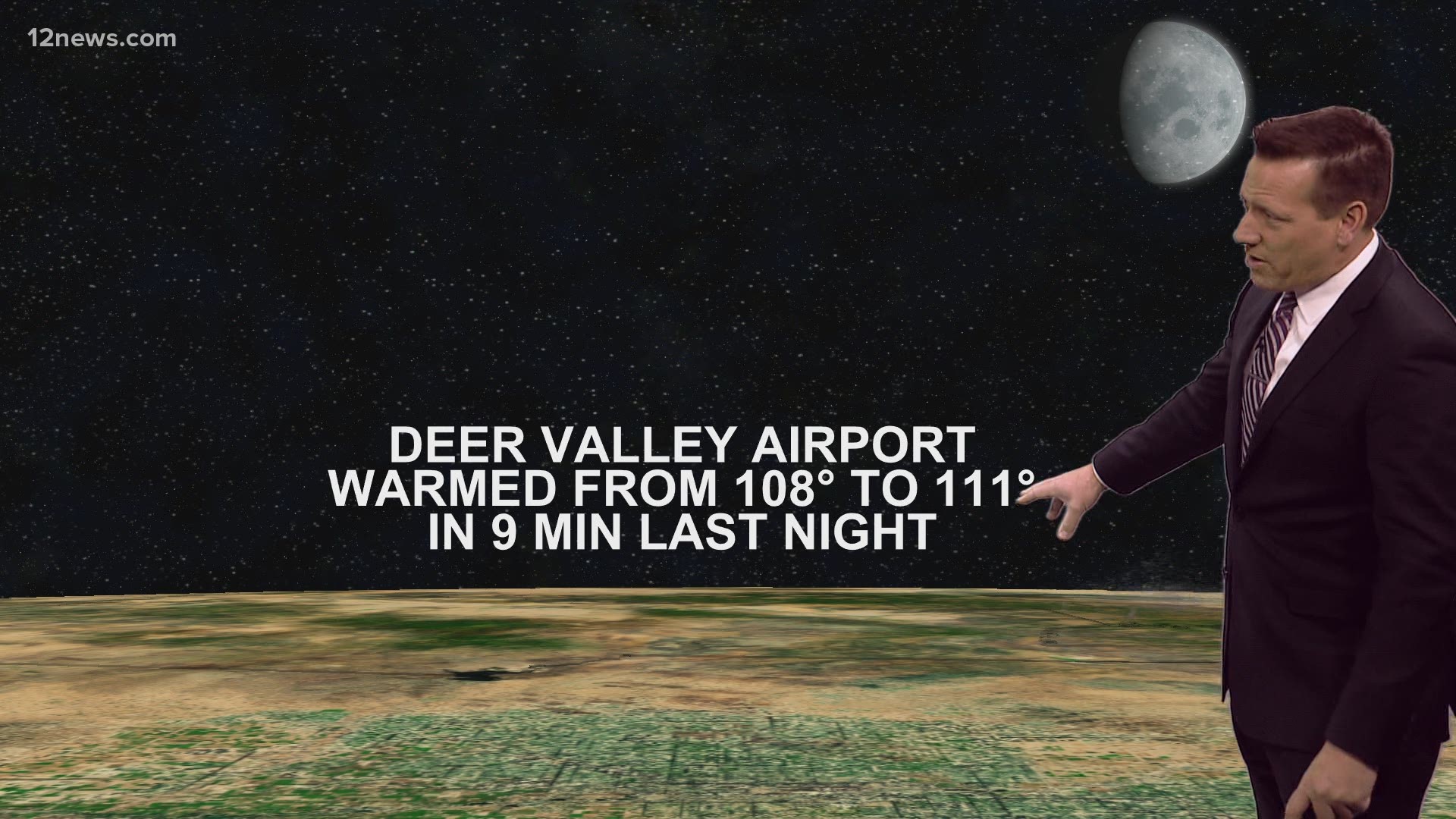 PHOENIX — A rapid-temperature increase, which is a rare weather phenomenon, was recorded around 9 p.m. at Deer Valley Airport in Phoenix on Tuesday.

During the span of 9 minutes, a heat burst caused the temperature at the airport to rise from 108 to 111 degrees, the National Weather Service said.

The weather pattern came in from the south and moved into the northwest before its end.