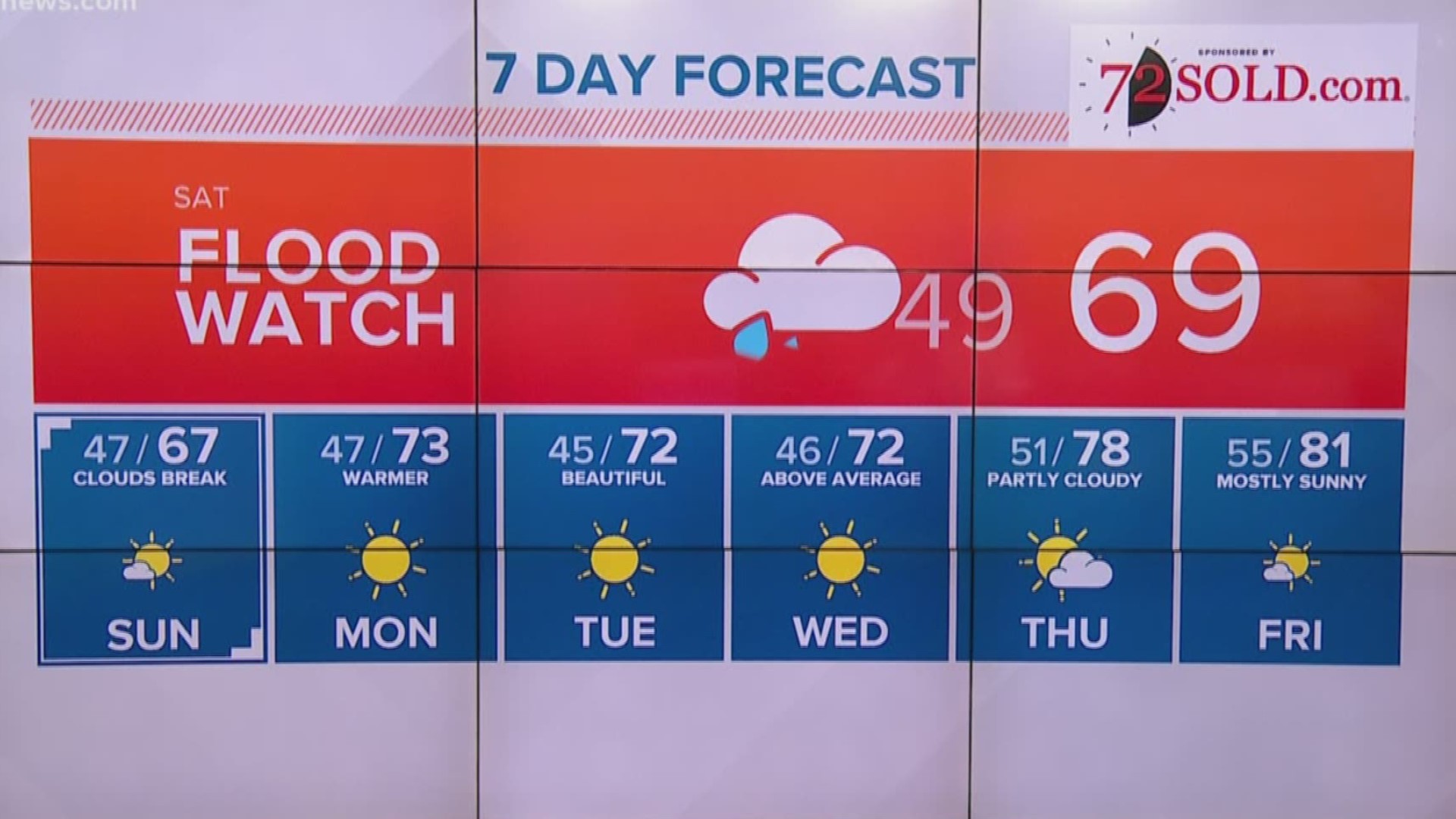 PHOENIX — Residents in the Valley had to prepare for a wet Saturday.

Rain in the Phoenix area came early Saturday morning and continued through the afternoon. Outdoor activities were impacted by the rain.

So far this year, less than half an inch of rain has been recorded in Phoenix. But as much as an inch fell on Saturday alone.

DOWNLOAD: Make sure you have notifications from the 12 News app for event cancelations or updates

Team 12's Krystle Henderson said the rainfall may have reached over an inch in some areas. Dry, sunnier weather will return on Sunday afternoon.

Residents should also expect thunderstorms and gusty winds. A Flash Flood Watch is in effect from 5 a.m. to 11 p.m.

The threat of flash flooding is the greatest for eastern Maricopa County and Gila County. The National Weather Service issued a Flood Warning for Gila County that will remain in effect until Monday morning.

Authorities are urging drivers not to risk wading through flooded roads and just turn around.

Up north, the snow levels will start off above 8,000 feet but could fall as low as 6,000 feet by Saturday night.

However, there is little to no snow accumulation expected below 7,000 feet.

Once you get through the wet Saturday, you will be rewarded with dry, sunnier weather on Sunday afternoon.

The storm came as MLB spring training kicked off, but most of the games had to be canceled.

RELATED: Here are some tips to driving safe in the storms

ALSO: January 2020 was the world's hottest January in recorded history