With light rainfall throughout the metro-Phoenix area, the low for Wednesday reached 78 degrees with 0.17 inches of rain. 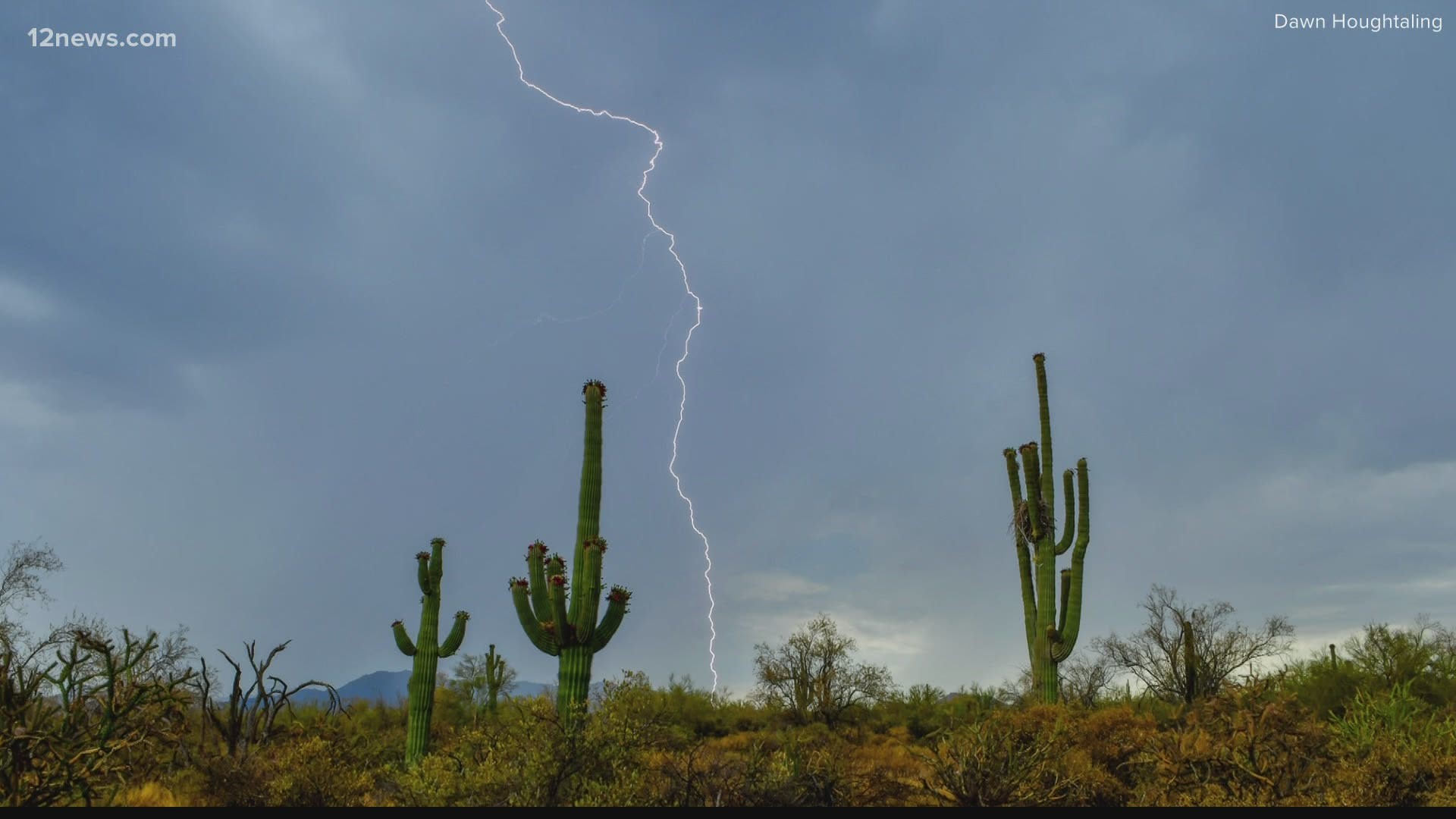 PHOENIX — After a heat surge hit the metro-Phoenix area with record-setting temperatures reaching 118 degrees, the Valley cooled down with a low of 78 degrees Wednesday.

Daytime highs were well below average on Wednesday, topping out at 100° in the Valley. There were a number of locations in the lower deserts in the 90s for highs.

The National Weather Service said a total of 0.17 inches of rain has fallen, the second-most total on record. The most rainfall recorded on June 23 was back in 1965, with 0.84 inches.

The cooler temperatures are thanks to southwesterly winds that are pulling tropical moisture into the atmosphere for the next couple of days, bringing a short window of opportunity for some beneficial rain.

The higher humidity is encouraging chances for rain through Thursday. Rainfall is also predicted for Sunday in southeastern Arizona, followed by a greater chance on Monday that includes the Valley.

The forecast shows the weather drying back up through the end of the week. This will last for a couple of days before more monsoonal moisture moves in from the east for early next week.