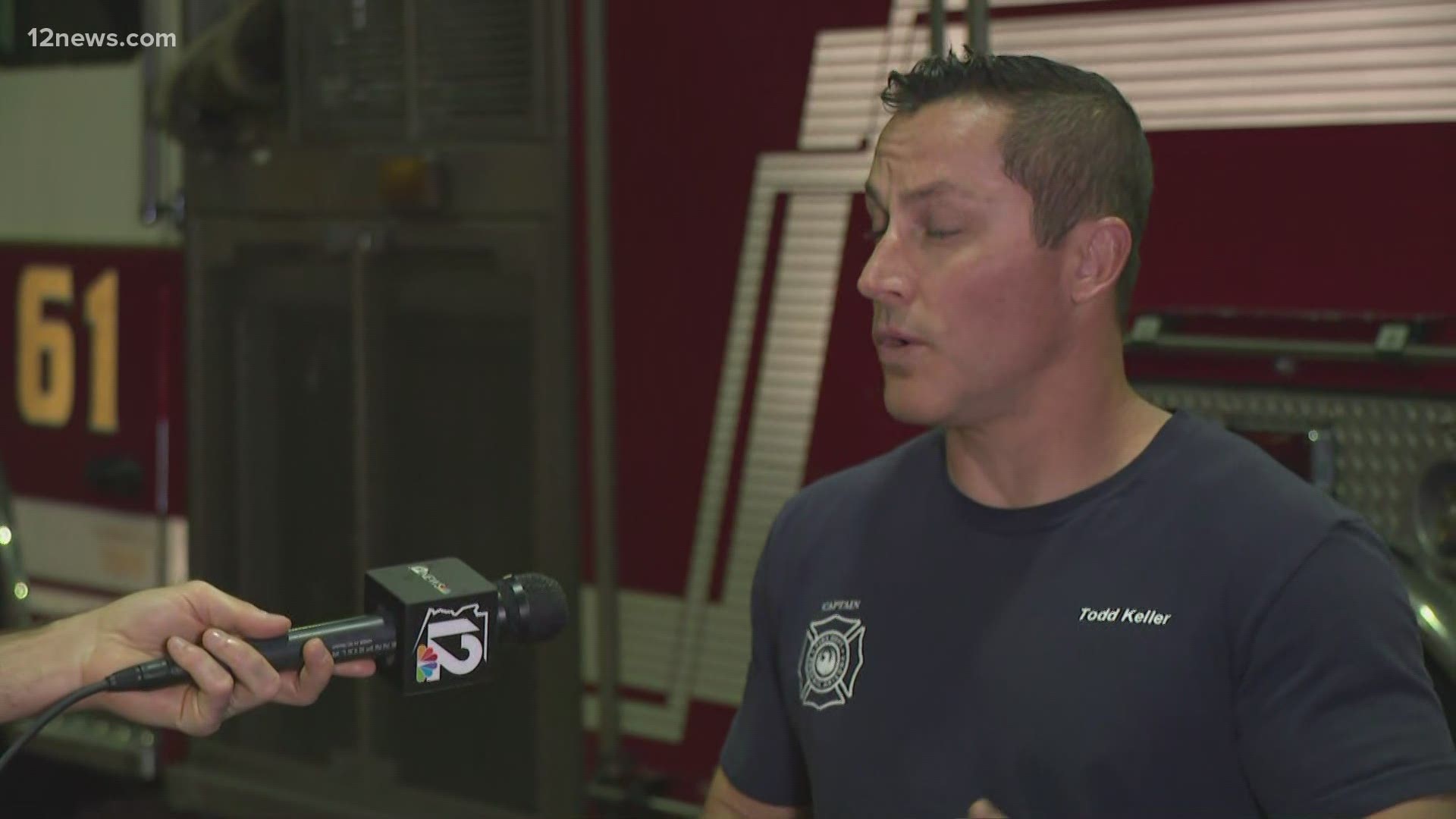 PHOENIX — Editor's Note: The video above is from a newscast on June 12.

The National Weather Service recorded a temperature of 117 degrees at Sky Harbor Airport on Friday afternoon.

As of Friday, Phoenix has experienced four days in a row with temperatures above 115 degrees. Three consecutive days was the record set June 14-16 in 1974.

#Phoenix Sky Harbor is now up to 117°F at 1:51 p.m. MST after breaking the record at 1:37 p.m. MST. You may monitor their observation in real-time at https://t.co/FOav8yDFNx. Please monitor your kids, elders, and pets to make sure they are staying cool and stay hydrated! #azwx pic.twitter.com/kANHpQlnWL