Friday marked the 8th 115-degree day in Phoenix this year. 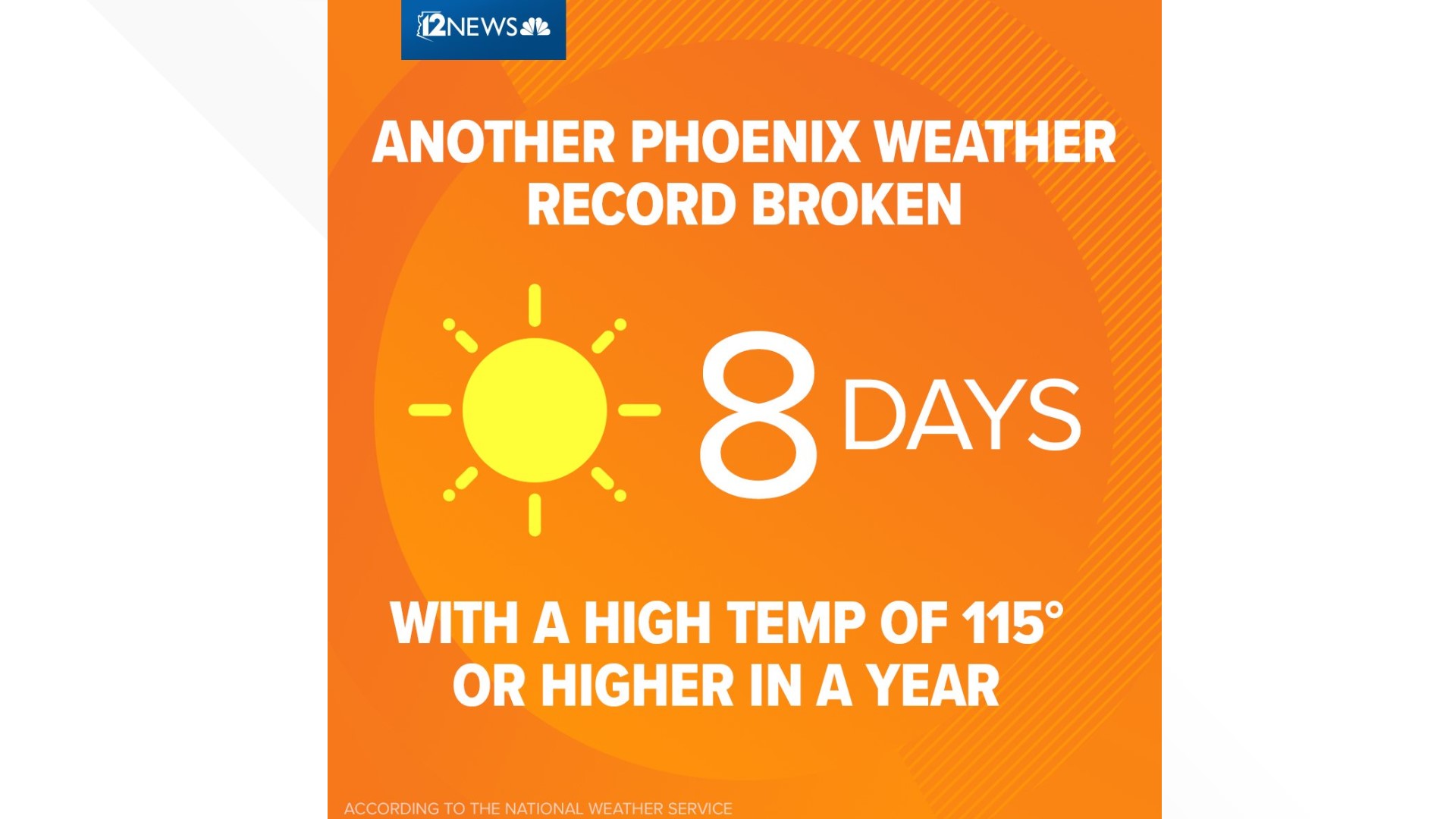 PHOENIX — It's the kind of record you hope you never break. And for more than 45 years, Phoenix was doing a good job.

But the National Weather Service said that with Friday's high of 115 degrees in Phoenix, which hit around 1:30 p.m., there have now been eight days above 115 this year.

This breaks a record of seven days set in 1974.

Earlier in the week, the National Weather Service in Phoenix said the city is currently experiencing it's hottest overall summer ever so far.

Team 12 Meteorologist Krystle Henderson scanned 124 years worth of August records and found Phoenix has only hit 115 degrees or hotter 13 different times in history.

Here is a slightly revised graphic to clarify that the numbers are averages for the period of June 1st through August 10th. It's not listing the hottest individual days but is a look at the Summer season - so far. pic.twitter.com/6JXlJmtcVT

RELATED: So many weather records about to reset