Arizona saw triple digits day-after-day in 2020, but what if that is just the beginning? 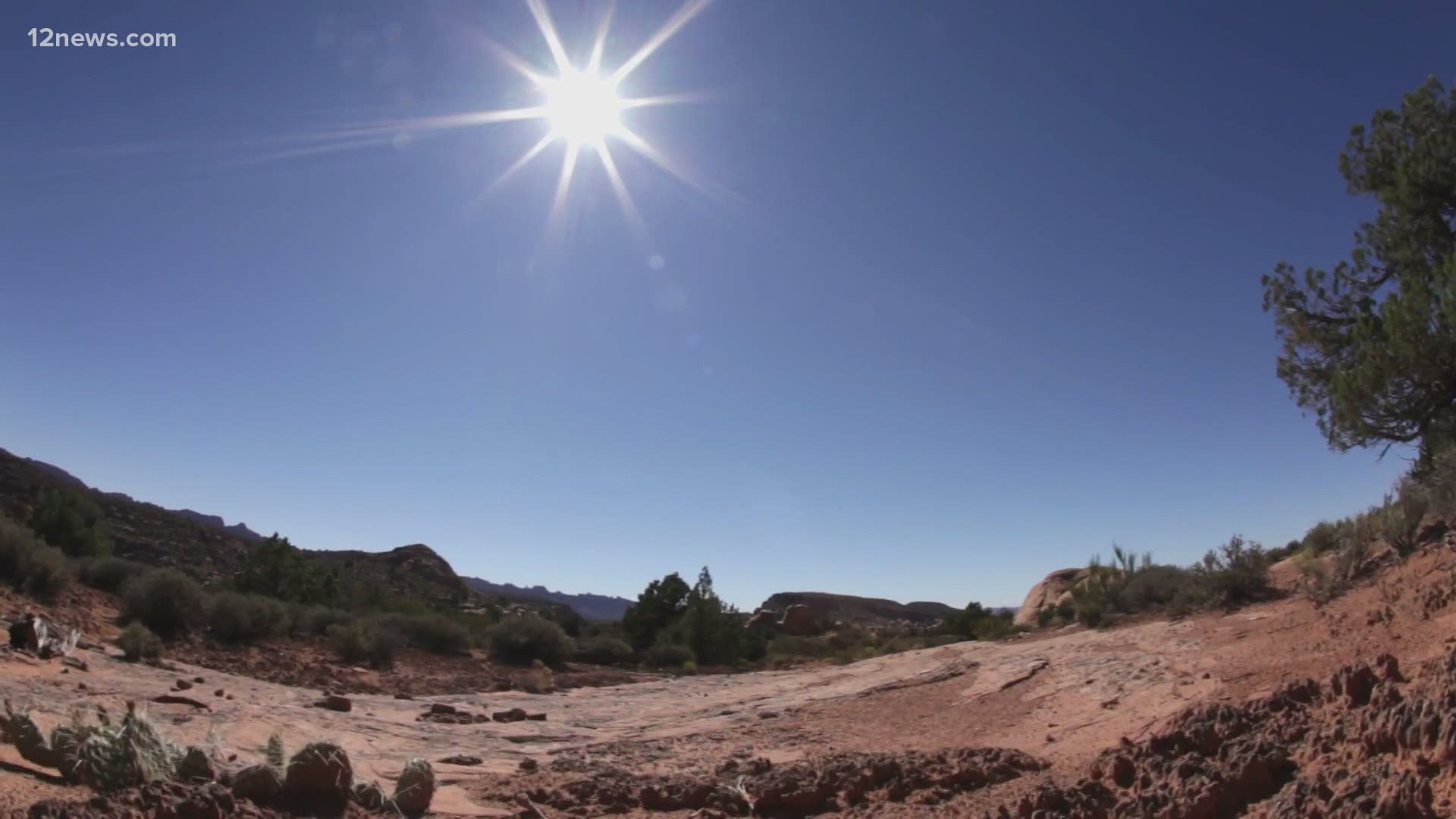 PHOENIX — Arizona saw triple digits day after day in 2020, but what if that is just the beginning?

A new study from the American Geophysical Union said looking at data from years, some areas may see a nearly 6-month long summer by 2021.

In an email with 12 News, one of the researchers said the projections are based on the worst-case scenarios.

Selover said she does not believe Arizona will ever see a 6-month long summer.

"It’s moving back, but I don’t think it’s going to be jumping where we start to see in July and August something that we will [normally] start seeing in May," Selover said.

"Everybody is making assumptions and they all make different assumptions.  Some of those assumptions are realistic and some of them are not."

Selover said Arizona is not hitting the worst-case scenario model.

However, Selover said temperatures in Arizona, like everywhere, are going up. Last year, Arizona broke a record for the highest number of 100 degree days. While 2020 was likely an outlier, temperatures are expected to continue to go up in the coming years.

According to data from the National Weather Service (figure 5), Arizona is projected to see even more 100-degree days in the coming decades.

Selover said while efforts are being made, some more work needs to be done to help stem the tide of rising temperatures.

“There’s lots more technology that’s being thrown at it. Then again, we also need to be using the non-technology," Selover said.

"There are passive ways of staying cool and we need to be adopting some of those as well."