'We're pretty much on our own': Gila Bend mayor tells residents not to expect help from government in flood relief 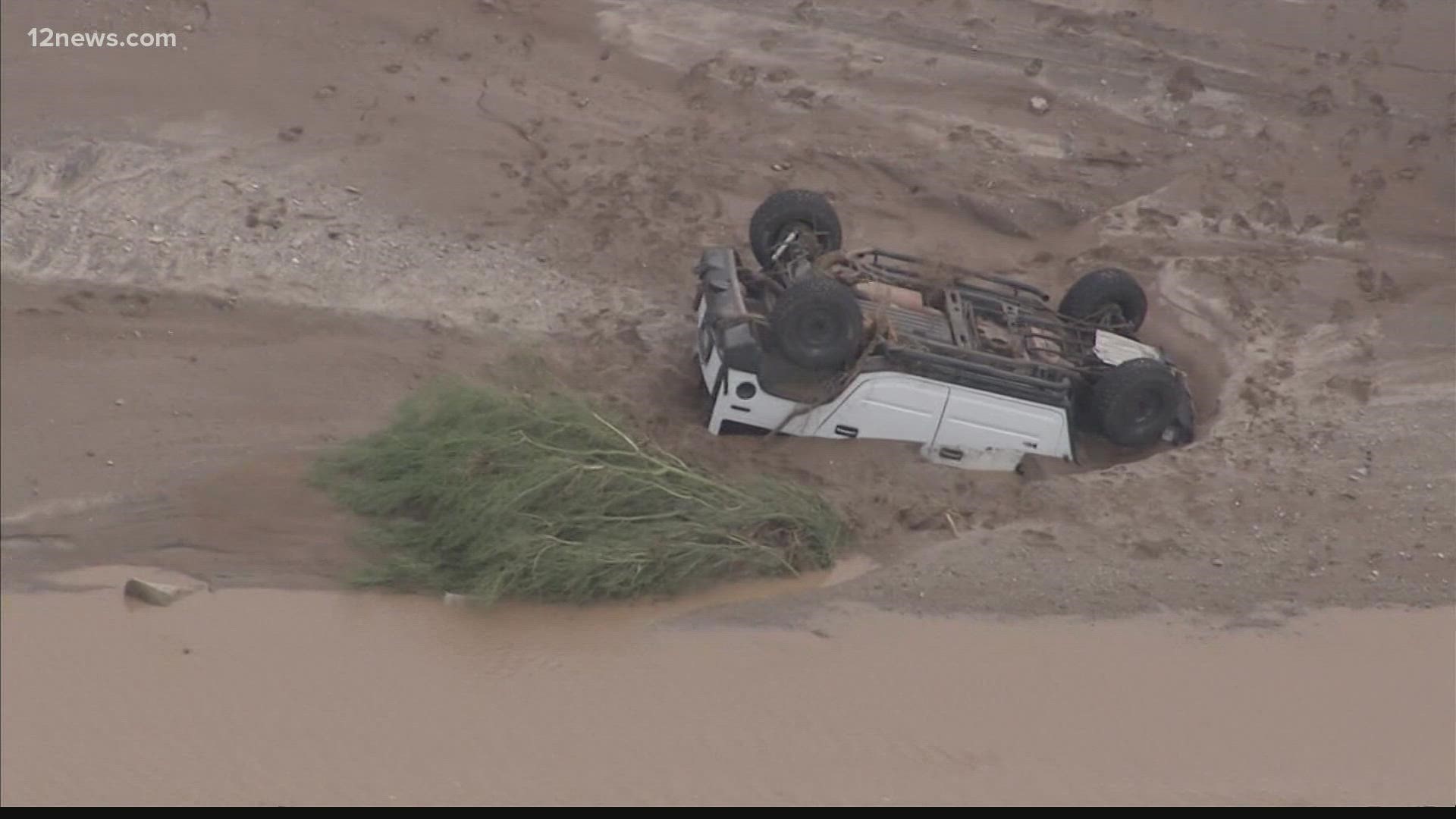 In a Facebook live video, Gila Bend mayor, Chris Riggs, advised people to start reaching out to friends and family members for help as he said there are no guarantees of flood recovery assistance.

Last weekend, severe monsoon flooding in Gila Bend caused two people to die, at least 30 were rescued from the rooftops of their homes and over 100 people were displaced from their homes due to the flooding, Maricopa County Sheriff's Office said.

RELATED: Family mourns father who was swept away in Gila Bend while rescuing woman

"I don't want to scare people, but I also don't want you to rely on false hope of some government agency coming in to save the day," Riggs said in the video.

Riggs told community members that they are on their own as far as repairs for private homes and to not expect help from government agencies such as FEMA.

Riggs also said that funds are running low for those who are staying at hotels.

"This is scary, but I'm not going to lie to you and give you some politicians mumbo jumbo," Riggs said. "What I can promise you is the town will not stop trying to find solutions to help you get back on your feet but I will not offer you any assurances other than that because we simply do not have any guarantees at this time."

A Declaration of Emergency issued by the state last week allowed $200,000 to be available for Gila Bend recovery efforts. The Gila Bend Chamber of Commerce also started a GoFundMe page to raise funds for victim relief. The fundraiser has a goal of $30,000 with nearly $9,000 being raised as of Sunday afternoon.