Monsoon weather caused lightning to strike the roof of a home on Friday night leaving an elderly renter without a home. 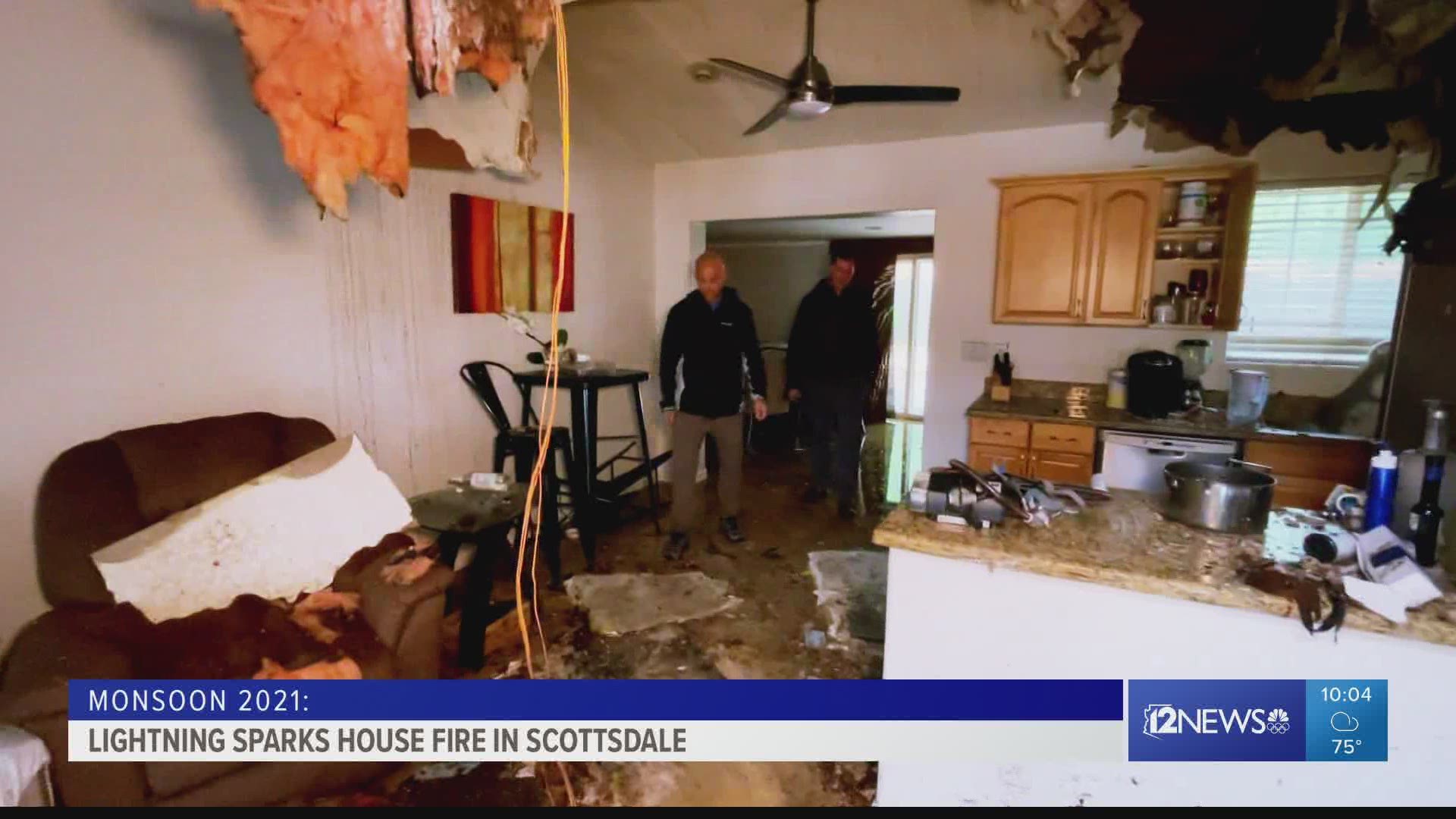 SCOTTSDALE, Ariz. — A bolt of lightning hit a home near Old Town Scottsdale Friday afternoon, and the home’s owner said he believes the resulting damage left the home totally destroyed.

Peter Marshall visited the home that he and his wife own to survey the damage mere hours after lightning hit the roof.

Lightning caused a fire in the attic and opened a hole through which gallons of water poured in. Luckily, fire personnel was able to put out the flames.

Marshall and his wife do not live in the home near Indian School Road and 68th Street. The couple bought the home in 1996 and lived there for years before they began renting it out.

Marshall said the renter, a man in his 80s, was home watching television when the lightning struck.

“He said he was blown off of the couch,” Marshall said. “He thought a plane had struck the house.”

Marshall said the renter fled the house to his car and escaped injury. The renter told Marshall that Scottsdale Fire arrived within ten minutes. Unfortunately, the resulting damage has left the home unlivable for now and likely for any time in the future as well.

“That’s what’s heartbreaking to me is I don’t think we can salvage this,” Marshall said. “If we could it will take months to get it back into a habitable condition.”

Marshall said he and his wife have offered the renter a room in their home.