A slow-moving rainstorm hit the Phoenix area Tuesday, depositing a significant amount of rain in some areas and causing major flooding throughout the area. 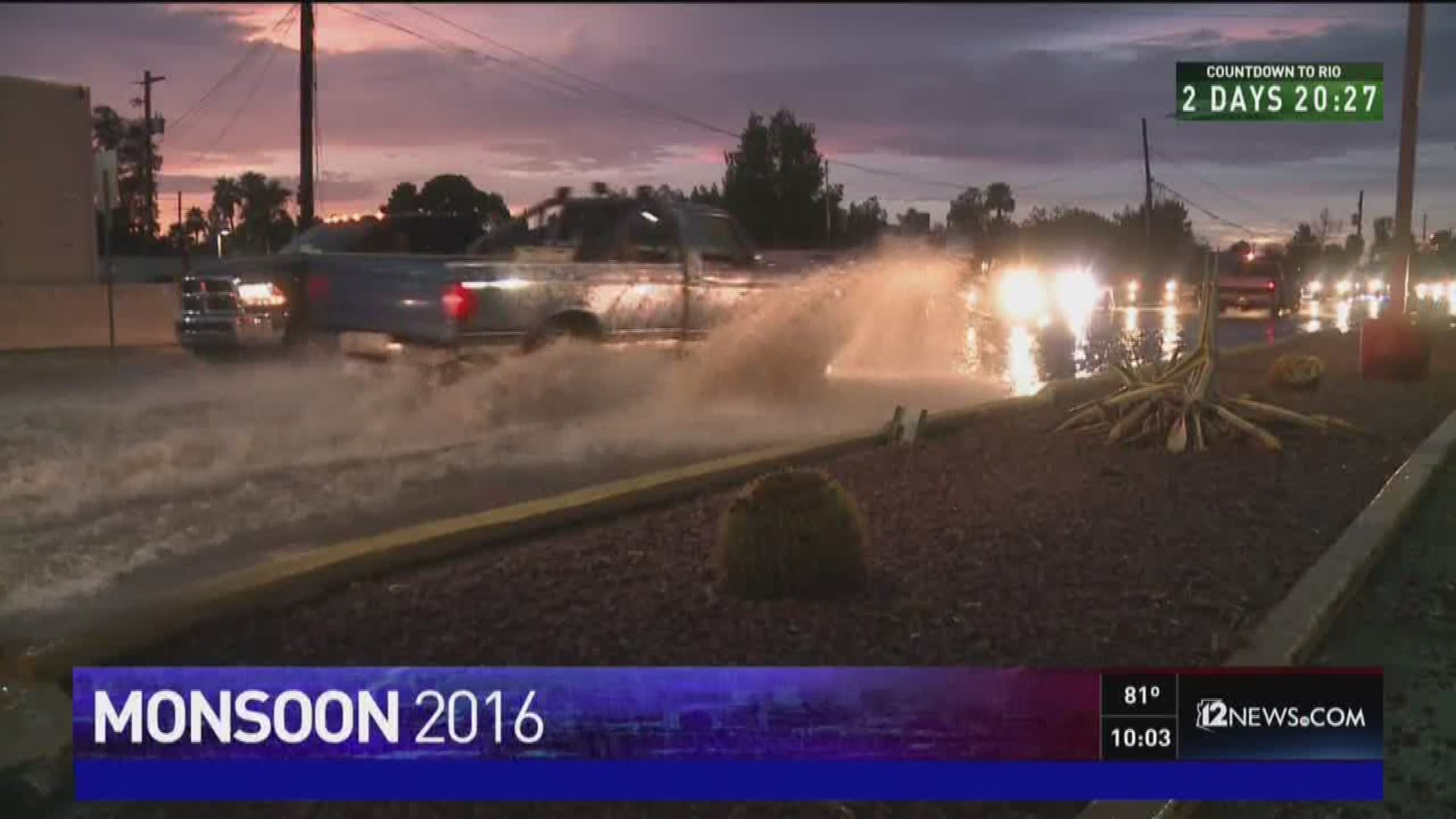 PHOENIX - A slow-moving rainstorm hit the Phoenix area Tuesday, depositing a significant amount of rain in some areas and causing major flooding throughout the area.

Some rain gauges in Phoenix reported more than 2 inches of rain in an hour.

The storm cleared though the Valley and moved on southeast of the area.

"I've never been in a hurricane but it seemed a lot like that," said resident Connie Taylor.

The Arizona Department of Transportation closed Interstate 17 in both directions around 5:30 p.m. due to flooding. 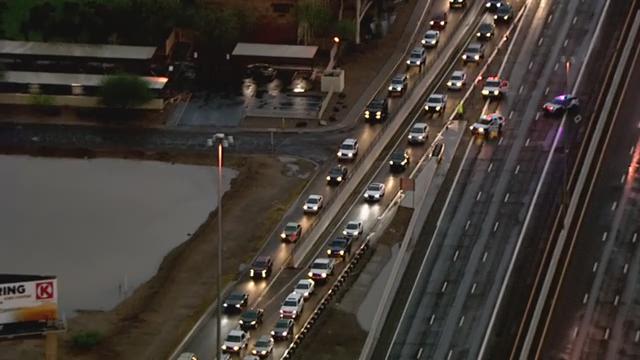 The Phoenix Fire Department said a car was stuck in flood waters on the interstate.

ADOT officials said one of four pumps at the exit was down for maintenance and the three others overheated.

UPDATE: ADOT says I-17 would probably have flooded anyway

They expect the freeway to fully reopen around midnight.

Neighborhoods in the area saw flooding in homes, including Dennis Jones' house.

"I watched the clouds all day," Jones said. They started to get heavy and then all of a sudden, it opened up."

Jones laid down towels near his front door in an effort to keep the flooding from spreading further into his house.

Flooding also affected interstate traffic in the downtown Phoenix area. ADOT said the ramp from I-10 westbound to State Route 51 was "impassable except for large vehicles," while parts of eastbound I-10 in the downtown tunnel were flooded before pumps cleared the water.

Sky 12 captured a car stuck in flood waters near the Carefree Highway and Third Street in Phoenix. 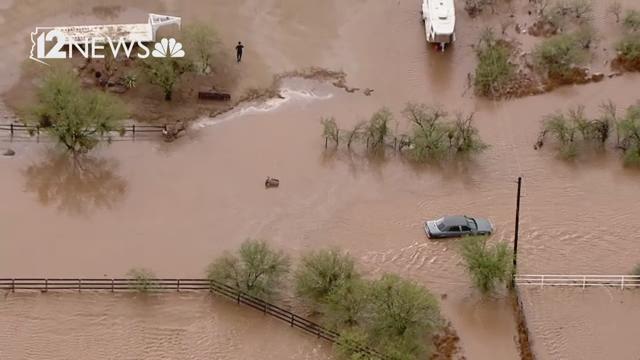 According to the NWS, gusts of up to 50 mph were possible with this storm.

The city of Phoenix announced that some manhole covers had shifted due to flooding and advised people to be careful while driving.

Sky Harbor reported no significant changes to scheduled flights as a result of the storm, but advised that travelers should check their flight status before arriving at the airport.

"It was just crazy because they had to shut down half the road because all the right lanes were just completely flooded," said Scottsdale resident Cameron Woodens. "A car was in the median and on its side so it was pretty scary."

The storm hit University of Phoenix Stadium just before 5 p.m.

Soooo looks like @_KBurton_ and I will be waiting this out in the stadium #CardsCamp #12News pic.twitter.com/GlmBAaPDYC

Remember not to go into areas of standing water -- it's not worth the risk!

This driver made it through, but many end up stuck and in serious trouble. 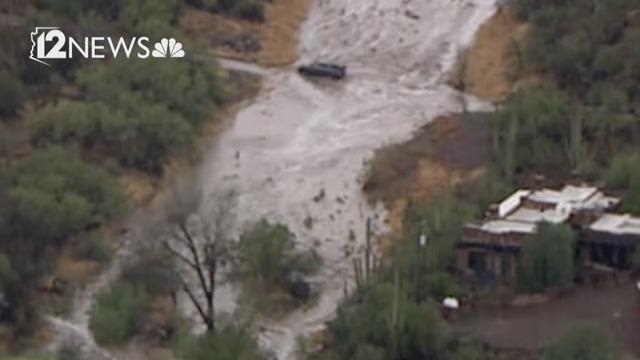 Many people in the East Valley woke up to heavy rain early Tuesday morning -- from Fountain Hills south to Mesa and Gilbert.

Rain soaked the sidewalks and streets of Fountain Hills early in the morning on Aug. 2, 2016.

Good morning! Rain falling in the E Valley this morning! Over 0.25" in some locations in E #Mesa. #12news #azwx pic.twitter.com/gUeYZGdkwk

Temperatures are below average, but the humidity is high across the Valley.

Stay up to date with our Monsoon Meter and Valley radar!