Monsoon 2019 was one for the records

Typically Phoenix sees 33% of its annual rainfall during the monsoon, averaging 2.71", this year we got 0.66". 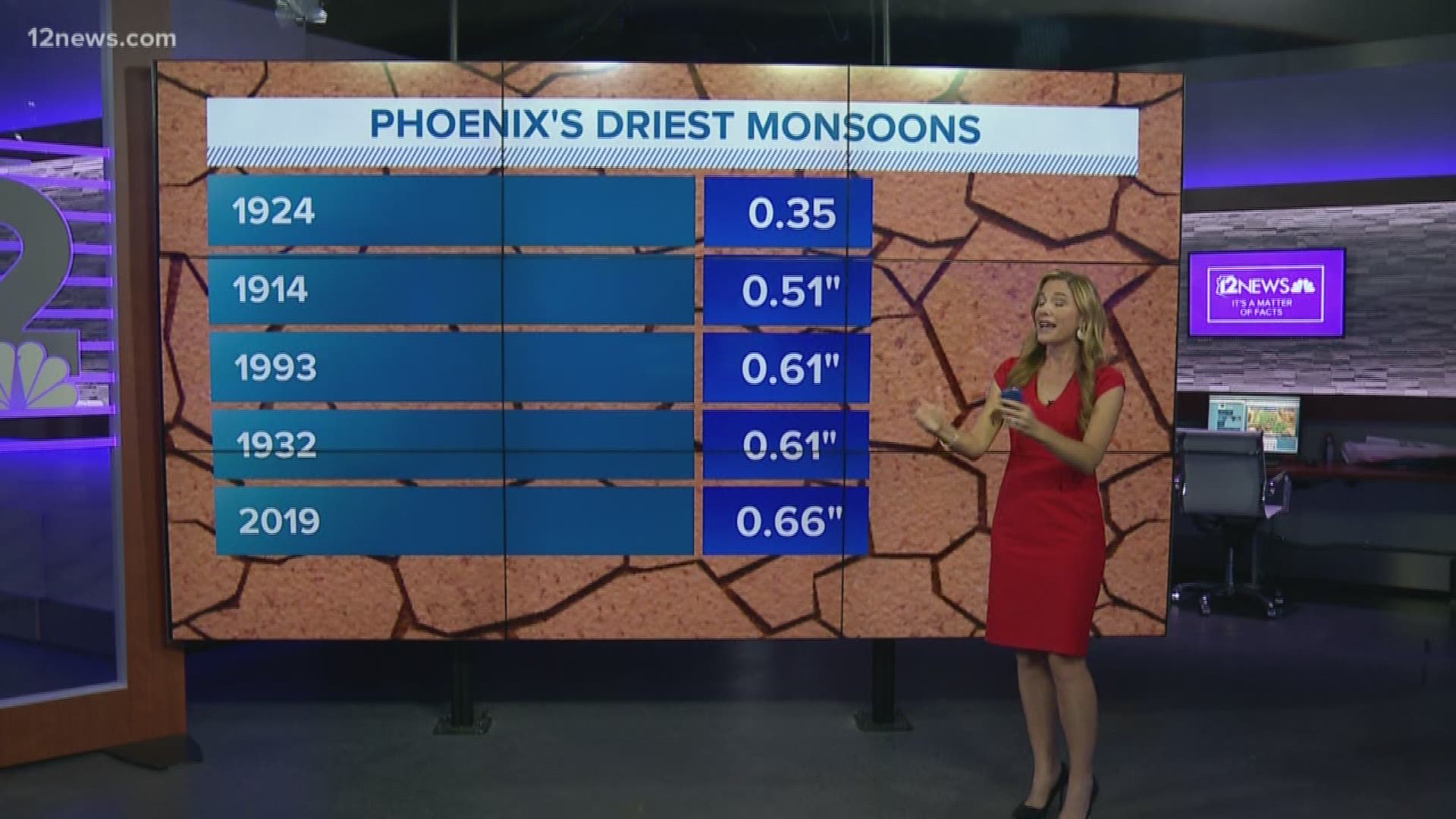 PHOENIX — Monsoon 2019 was one for the record books, and not in a good way. Many are referring to it as a “non-soon” because it was so dry.

Phoenix saw its 5th driest monsoon on record with just 0.66” falling at Sky Harbor International Airport where records are kept.

To give you some perspective, we have been keeping records since 1896 and the driest monsoon ever was in 1924 when we only saw 0.35”.

The monsoon runs from June 15 to September 30 and typically Phoenix sees 33% of its annual rainfall during the monsoon, averaging 2.71”.

The Valley wasn’t the only part of Arizona that saw unusually dry conditions this summer. 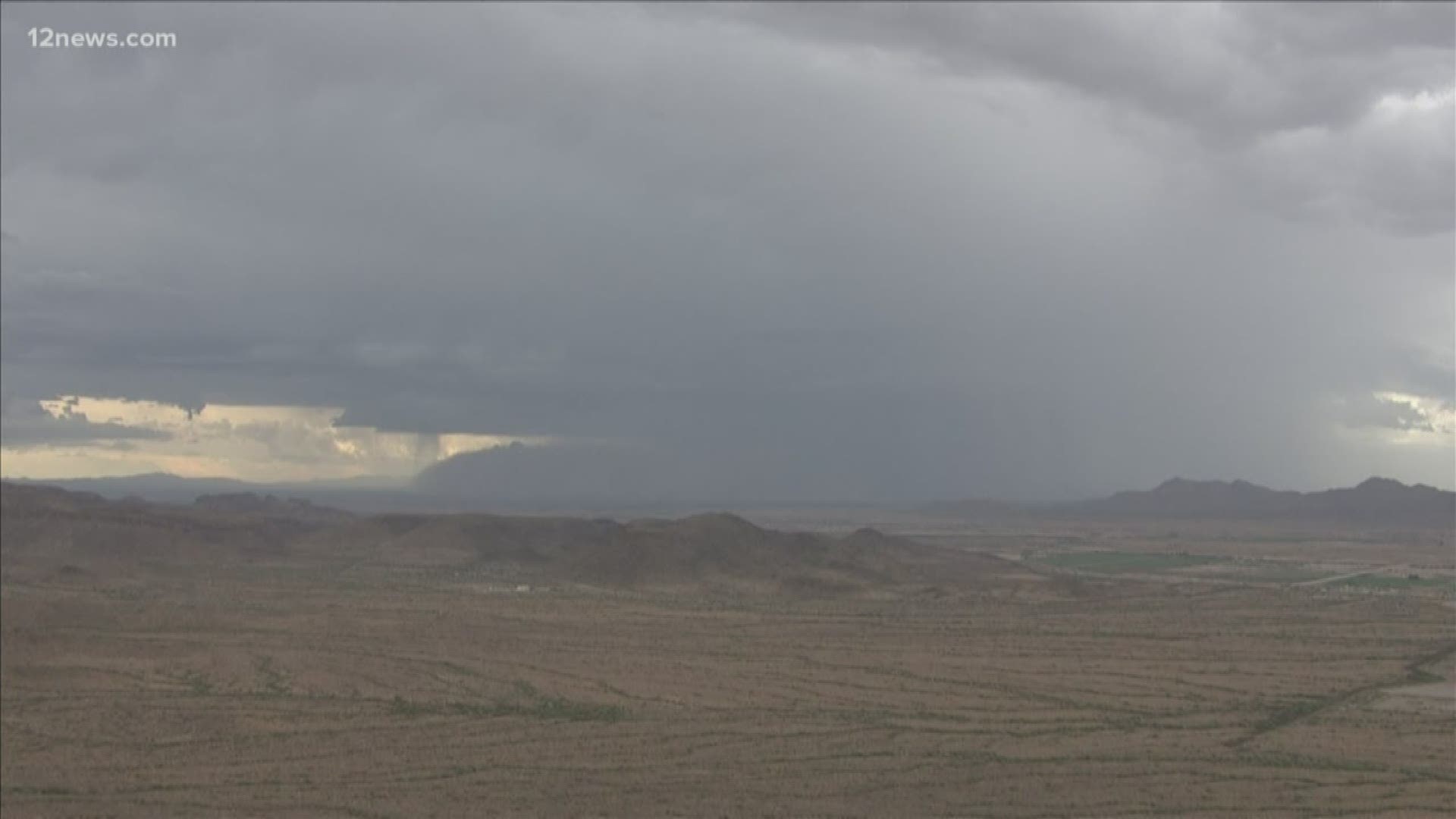 Many locations in the high country set records for the lack of moisture. Bellemont, the Grand Canyon, Flagstaff, Jerome, Show Low, Walnut Canyon National Monument, Wupatki National Monument were all spots in Northern Arizona that saw their top 3 driest monsoons ever with rainfall deficits ranging between 2-6”.

Three months ago when the monsoon began 0% of Arizona was in a drought. Our very wet winter helped relieve the severe drought conditions that developed in 2018.

After this unusually dry monsoon, 25% of our state has re-entered severe drought conditions, while 96% of Arizona is at least in the “abnormally dry” category.

Typically during the monsoon, a thermal low develops over the Gulf of California and High pressure resides over the Four Corners.

That set up will allow SE winds to develop, which drives up humidity from the available moisture in the Gulf of Mexico and Gulf of California and that moisture in turn fuels monsoon storms.

RELATED: 2019 just had one of the driest and warmest August months for much of Arizona

During monsoon 2019 that high pressure resided a couple of hundred miles west of the 4 corners, which means more days with winds from the Southwest and less available moisture for our state.

High pressure is typically synonymous with fair weather and that high had a stronger influence in our weather this summer due to its closer proximity to Arizona.