Large parts of Arizona get first taste of monsoon 2020, but Phoenix stays dry

The West Valley got its first burst of monsoon weather for the season. 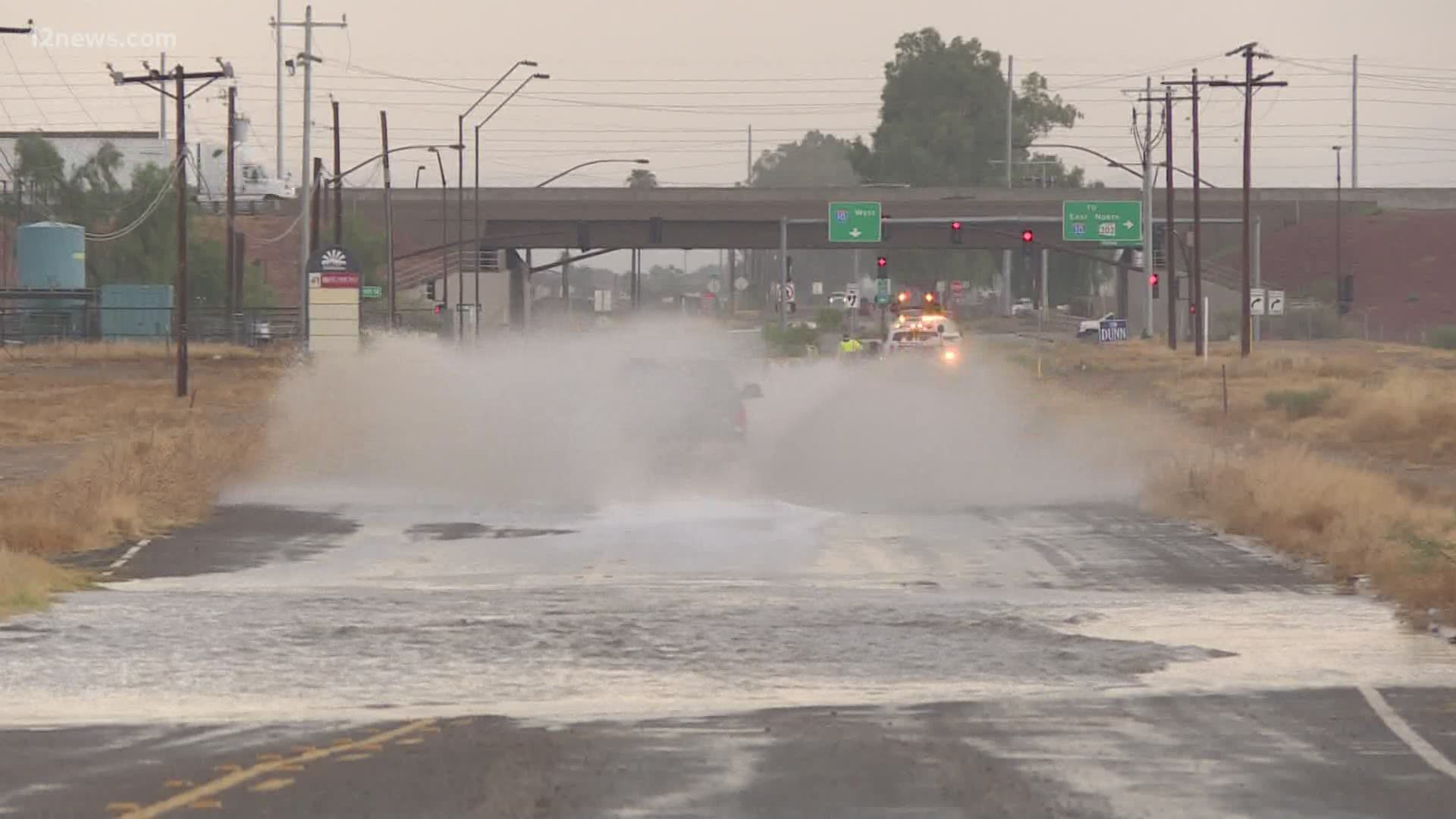 BUCKEYE, Ariz — A massive thunderstorm dropped an hour’s worth of rain on Buckeye and parts of the southwest Valley Thursday afternoon, but most of the Valley is still waiting for that first Monsoon rainmaker.

Maricopa County’s Department of Transportation shut down old U.S. 80 near Lewis prison where Rainbow Wash had washed over the road.

Citrus Road between Roosevelt and Van Buren was closed after it also experienced flooding.

But even before the sun set, those two roads were opening back up, and the storm fell apart before it even reached downtown.

Additional humidity will strengthen thunderstorms and downpours as well as the overall coverage of rain around the state.

RELATED: Isolated storm chances continue for the Valley through Friday

RELATED: Monsoon migraines are real and can be a pain