'It was almost like a nuclear bomb went off on the water': Intense monsoon storms hit Lake Havasu 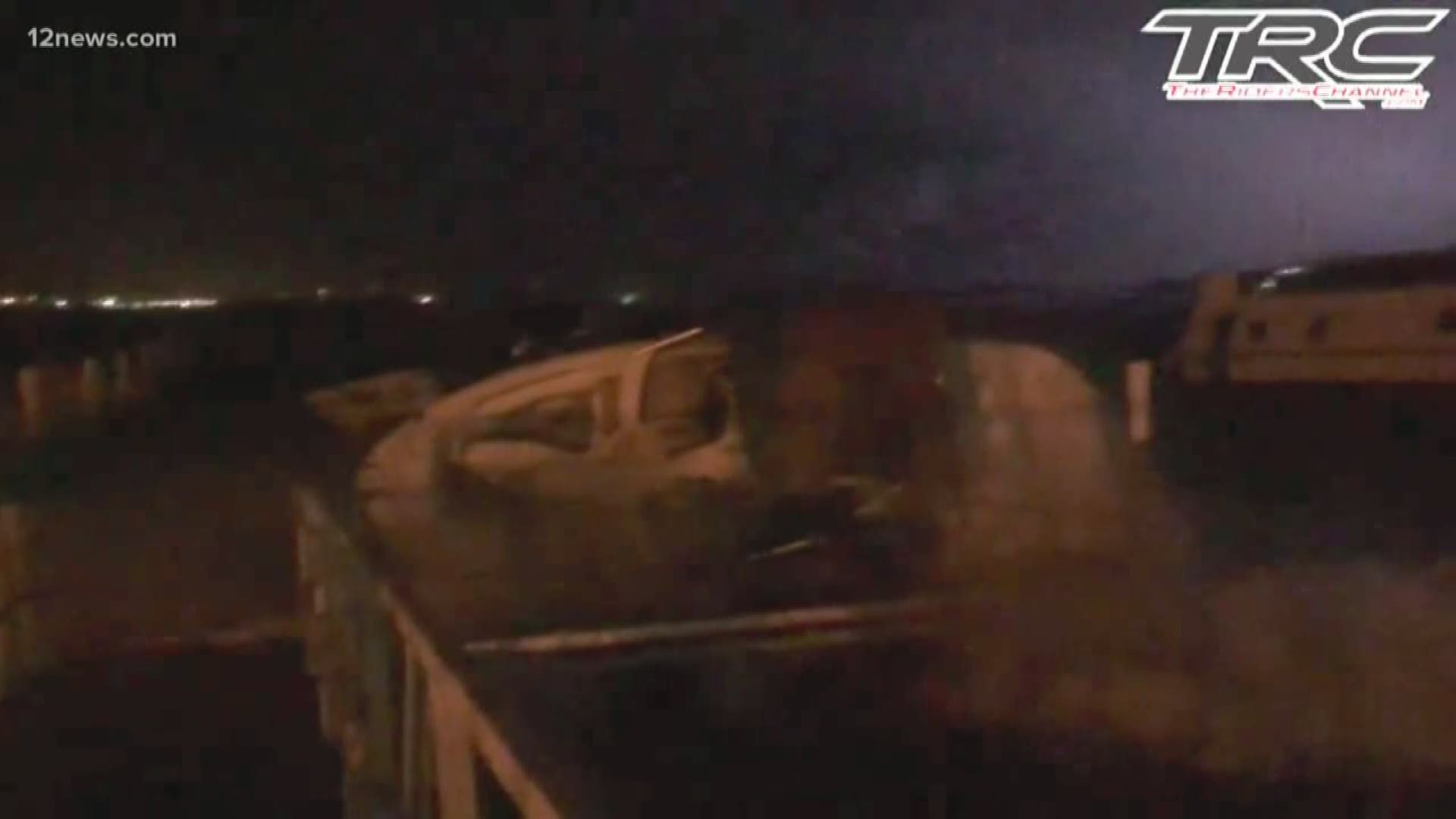 MCSO Boating Deputies rescued 16 people, including many children, from three different boats that were stranded on the water.

The Riders Channel captured video of the storm, showing boats being thrown around by churning waters as they were tied to docks.

Dustin O'Hare is a dock manager at the Nautical Water Sports Center and was on the docks as the storm rolled in.

He said the waves were so strong, parts of the docks started breaking off.

"The waves coming up from underneath the dock were pushing the boards and pulling the screws right from underneath us, said O'Hare. "We were more worried about the debris hitting us than the water."

He said the lightning was so constant, he didn't need a flashlight.

"It was balls of lights shooting out at all sides," O'Hare said. "We lost power on the dock so there was no light. The lighting was pretty much the only light that we had."

The sheriff's office said the damage is estimated to be in the hundreds of thousands of dollars.

RELATED: Drainage project to alleviate storm flooding along I-17