'I lost everything': Globe residents abandoning homes and still desperate for help months after flooding

The storms have passed but the damage remains. Some are now left homeless. 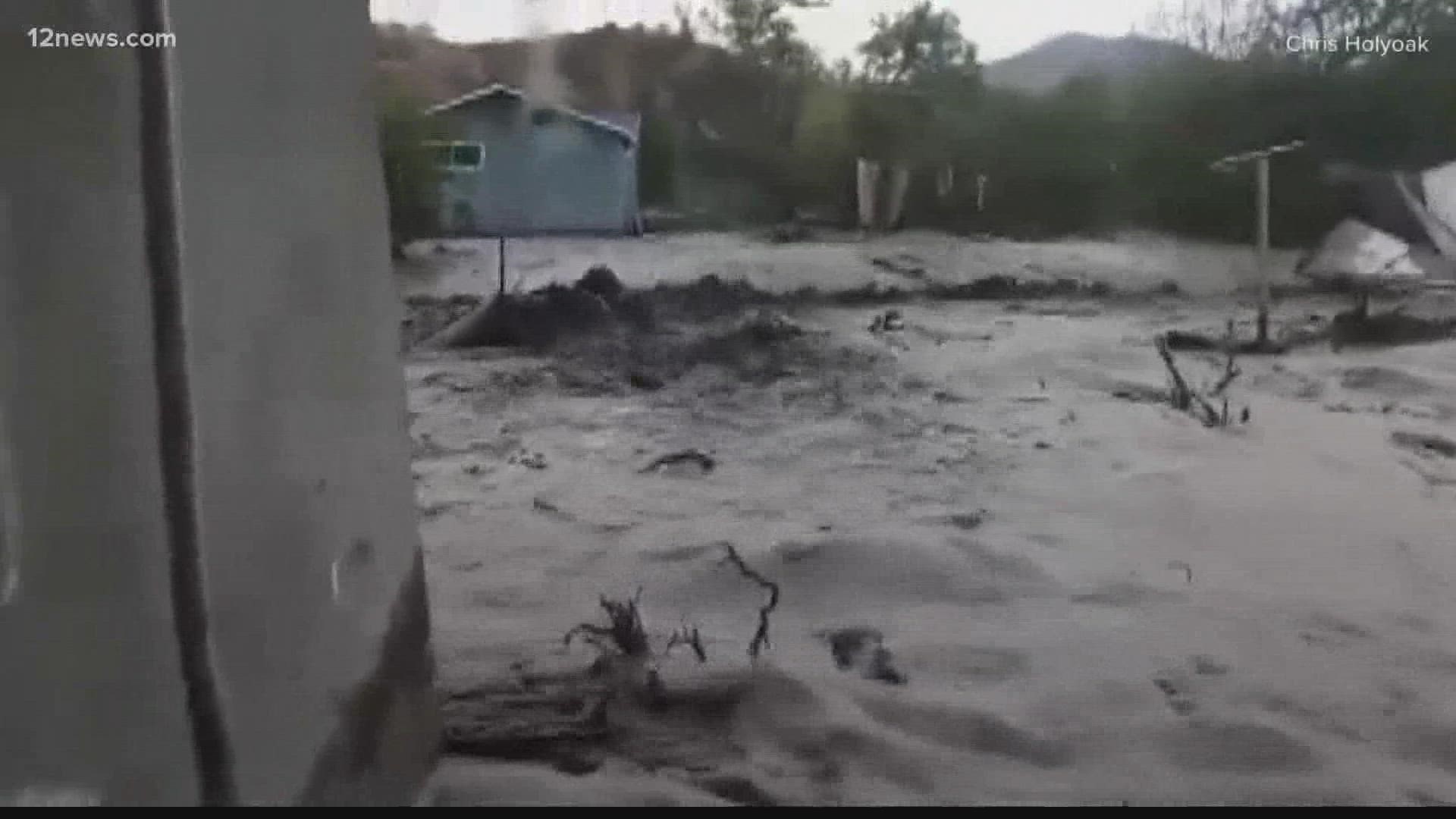 GLOBE, Ariz. — When Bonnie Lara opens up the back seat of her blue pickup truck, blankets sit on the seat bundled in a pile while a pillow rests on the floorboard.

“This is where I sleep,” she explained.

A summer of fires and floods this year took almost everything from her.

On July 4, a flood fueled by the Telegraph Fire burn scar turned her yard into a fast-flowing rapid.

She would be forced to move out. A couple of weeks at hotels and motels were paid for by charity groups but soon the aid ran out.

Then on August 17, so did her savings.

“I lost everything, I had to spend my savings. I'm at a total loss for everything,” Lara said.

Since then her blue pickup truck has become her home. It's parked outside of her nephew's Phoenix mobile home. Lara said she could not afford to stay in Globe.

"I have to save up enough money so I can get back in a place and get back on my feet," Lara said.

Lara is not the only one to abandon Globe.

In September, a neighbor needed a raft to get her father to safety as floodwaters rose above four feet.

“It was a treadmill we just wanted off,” Hamilton said. “We’ve completely abandoned the house in Globe”

Hamilton and her father moved to Young. They do not plan to return to their home.

Both women said they have received little aid.

“In all honesty, I got $500 dollars from the red cross. That’s really all I got.” Hamilton said.

Arizona lawmakers approved nearly $100 million in aid to help deal with the Telegraph Fire and its aftermath.

However, almost all of the money went to fighting fires, fire victims, and infrastructure repairs.

RELATED: Ducey approved $100 million to help Arizonans recover from wildfire damage. So, where is it?

Lara and Hamilton said they have not seen the money reach flood victims like them.

Now both women are trying to move on and neither believes aid from the government is coming to help them.

I've cried a lot of tears about it," Lara said. "I have to pick myself up put myself on my own two feet and get there the best I can. Because no one is going to help me. So, I have to help myself."