The governor has issued a second emergency declaration after Coconino County again encountered an exceptional amount of rainfall on Aug. 17. 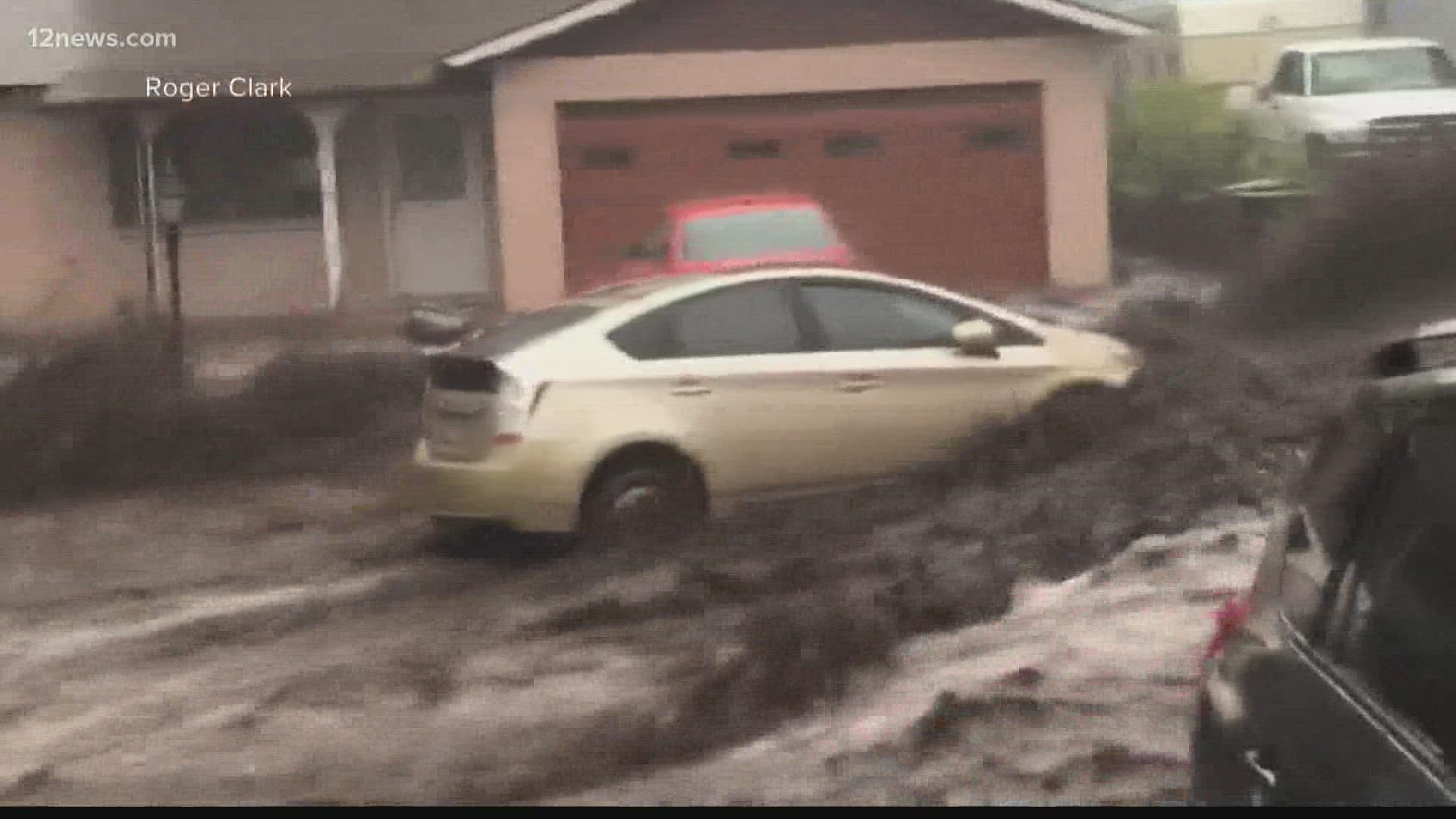 FLAGSTAFF, Ariz. — Gov. Doug Ducey has issued a declaration of emergency for Coconino County after the region experienced intense rainfall last week during a series of monsoon storms.

The declaration allows the county to receive extra state funding that can be used to help clean up flood damage seen throughout the Flagstaff area after three inches of rain fell near the Museum Fire burn scar on Aug. 17.

Roads could be seen overflowing with water and many residents saw their homes sustain severe flood damage.

“Extreme weather has taken a severe toll on many areas of Arizona so far this year, especially Coconino County,” Ducey said. “Communities in the Flagstaff area have been hit hard by post-wildfire flooding, and Arizonans have truly come together to overcome the many hardships brought about by these emergencies.”

It is the second declaration the governor has made this summer for Coconino County after a previous storm flooded several Flagstaff neighborhoods on July 16.

Several state agencies have begun the process of assessing the damage seen throughout Coconino County and cleaning off roadways that were forced to close during the storms.

RELATED: Family mourns father who was swept away in Gila Bend while rescuing woman