Moisture is in the air this monsoon season and apparently love too... at least for the Palo Verde beetle. 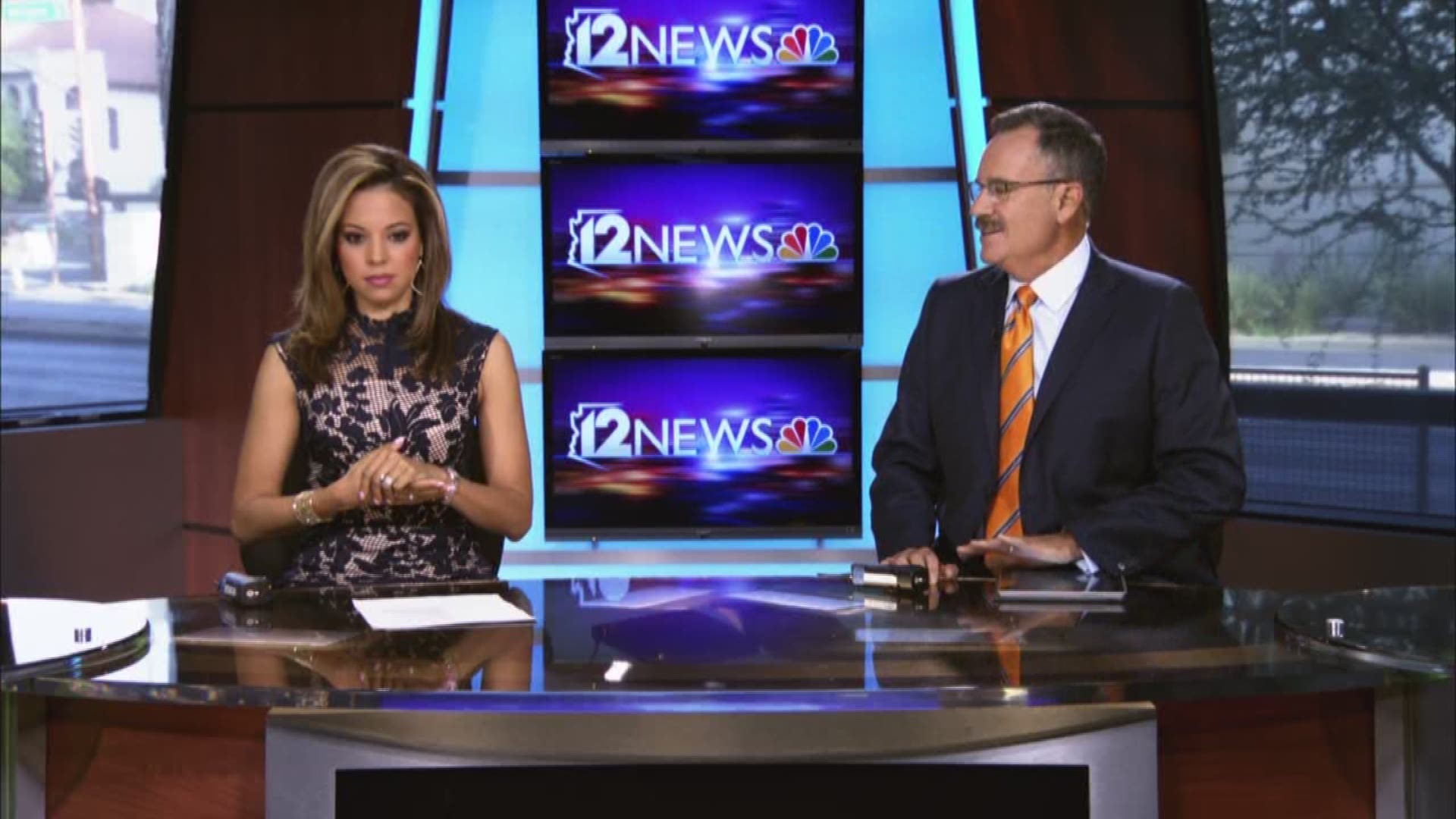 Moisture is in the air this monsoon season and apparently love too... at least for the Palo Verde beetle.

If you've been in the Valley for a monsoon season or two, then you've probably wondered, "What the heck is that?" (and screamed) after coming face-to-mandible with one of those scary, big black or brown beetles that look like large cockroaches.

The Derobrachus geminatus better known as the Palo Verde Beetle or Palo Verde Root Borer Beetle can be found throughout the southwest. But, according to the Arizona-Sonora Desert Museum, its most "commonly seen species" live near Phoenix and Tucson.

A post shared by Miriam Winer Klinger (@viamimidesign) on

Here's a few more facts you probably didn't want to know but we're going to tell you anyway.

The name is in the root

The female beetle lays eggs in the ground near tree roots -- like those of the Palo Verde tree. When the eggs hatch its larvae or grub will gnaw away at the tree's roots.

According to Desert Museum the beetles have "adapted to live not only in native trees but non-native trees as well."

As you probably know, they're BIG. According to Desert Museum, larvae can reach 5 inches in length and adults are roughly in the 3-3.5 inch range.

Their size makes them the "longest beetle found in the Sonoran Desert," (and possibly your nightmares), according to Wendy Moore of the University of Arizona's entomology department.

Why do we start seeing these beetles around the early summer months?

Arizona's monsoon season is mating season for these insects (cool, huh?) -- which is basically their entire purpose in life. Adults emerge from the ground as soon as the first monsoon rains soak the soil and head off in search of a mate.

According to Moore, adults don't even eat. So they literally just have one thing on their minds.

We’ve had some monsoon visitors. To the uninitiated, the Palo Verde Beetle comes out with the monsoons, are 3-5” long and kinda scary, but overall mostly harmless. They’re bumbling flyers, so you might just have one fly into the back of your head. Another good reason to wear my hat. #paloverdebeetle #monsoonvisitor #arizonabugs

'Til death do them part

Love hurts, especially for these guys. Although the larvae may spend upwards of four years in the ground before emerging as an adult beetle -- adults will die soon after mating. So don't worry, you'll eventually outlive your fear.

Fearsome-looking but harmless... for you

Their size, large mandibles and spiky-collared look gives them a intimidating appearance. But despite the fact that they can be a menace for Palo Verde trees, they are otherwise harmless for you. Although they can bite and it probably doesn't feel too good to get hit in the face by a flying one.

A post shared by Bestia Dentro Rudy Flores (@rudyf222) on

So this monsoon season if you see one of these flying about know they're just out there looking for someone to love.

The more you know. You're welcome. 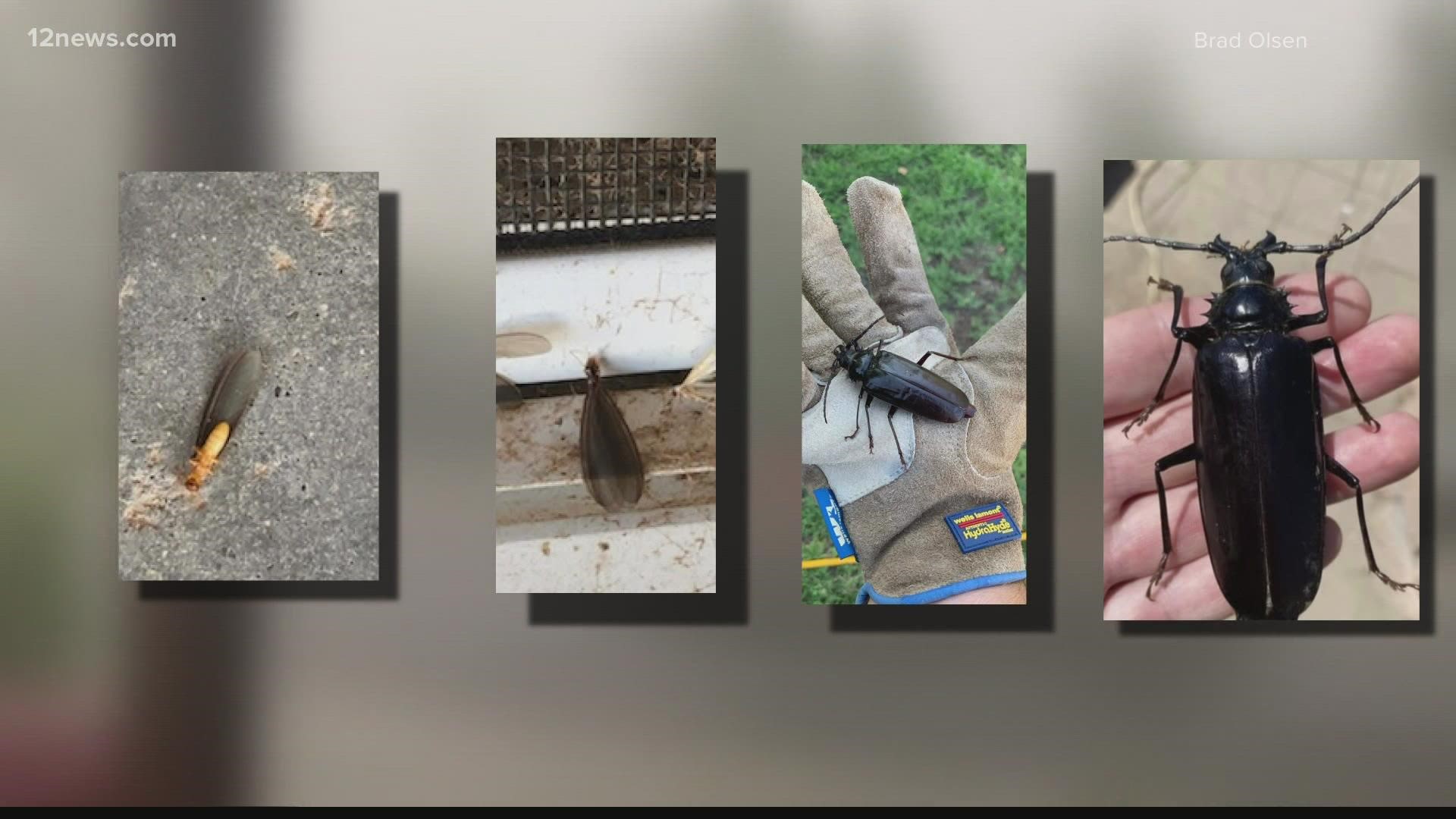 Monsoon brought the critters out – but they'll be gone soon