Arizona weather: Here's what you can expect from Tuesday's monsoon storms

High pressure remains in the perfect place Tuesday to set up monsoon activity for the Phoenix area. 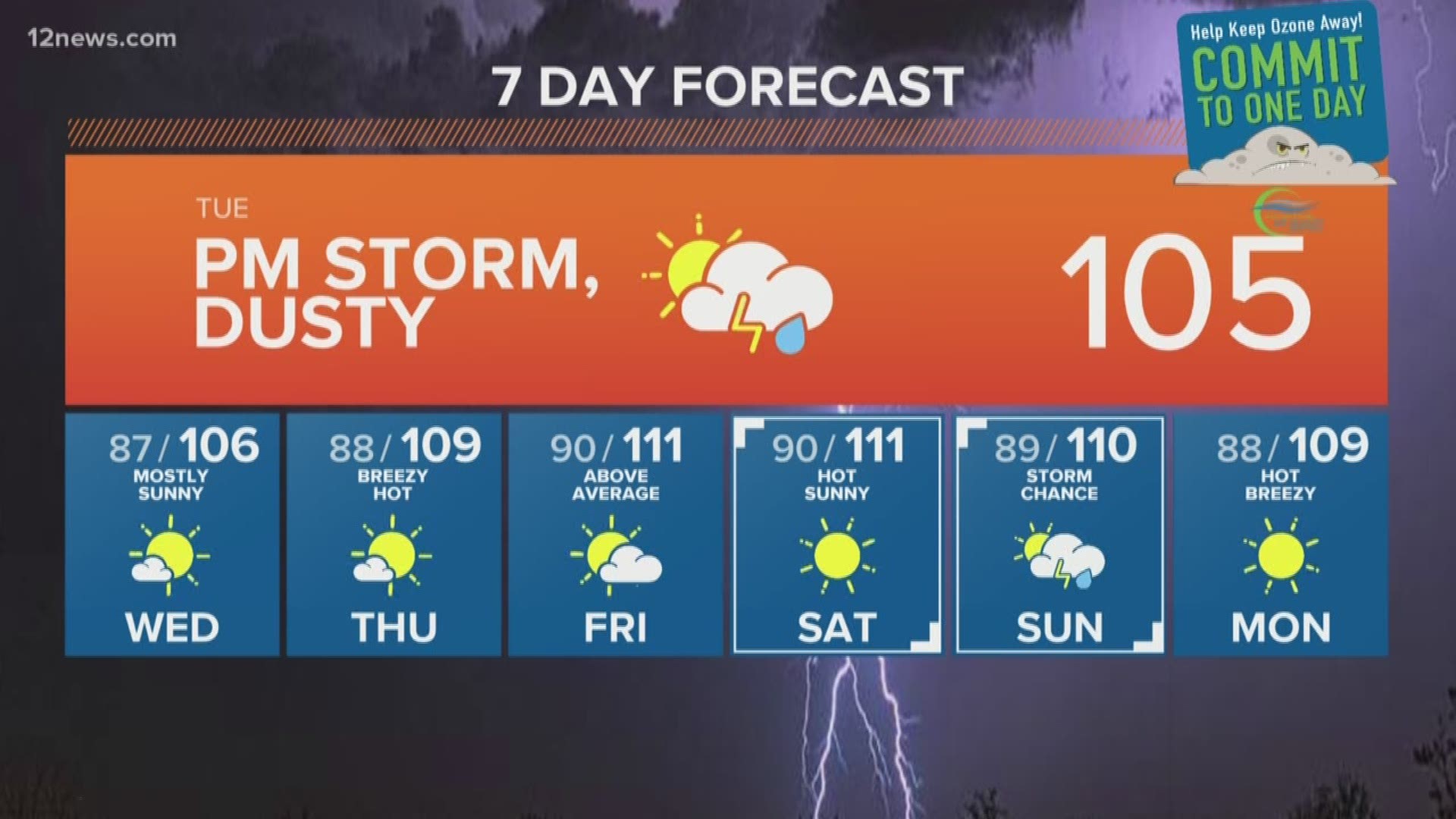 Finally! The Phoenix area saw some monsoon activity Monday, although just a trace of rain was officially recorded at Sky Harbor.

The rainfall Monday was actually the latest rainfall on record for July in Phoenix since 1896, according to the National Weather Service Phoenix.

Monsoon 2019 is gearing up for round two for the Valley as high pressure sets up the perfect monsoon conditions, but will there be more rain?

Will it storm in the Phoenix area Tuesday?

Heat will also be a factor as Phoenix is looking at a high of 105 degrees Tuesday. So it's going to feel hot and humid, you won't be hearing the ol' cliché "it's a dry heat."

According to the National Weather Service in Phoenix, storms will start over the higher terrain Tuesday afternoon. The lower elevations, which include the Valley, will have a shot for showers Tuesday night.

"Storm chances in the lower deserts will remain elevated today," NWS Phoenix tweeted. "No doubt storms will develop along the high terrain in north/east/southeast Arizona."

NWS Phoenix issued a flash flood watch for portions of south-central and southeast Arizona starting from 3 p.m. until midnight.

"Washes will be flowing, so if you encounter any flooded roadways, turn around, it's not worth it," NWS Phoenix tweeted.

The Town of Queen Creek is offering sandbags for residents at Fire Station 2 located at 24787 S. Sossaman Rd. But it's bring your own shovel.

According to NWS Phoenix's monsoon index, I-10 is "especially vulnerable" to a dust storm Tuesday in south-central Arizona.

Will it storm in northern Arizona Tuesday?

The short answer to this one: Yes.

Showers and thunderstorms were already starting to develop near Flagstaff and near Williams before noon. NWS Flagstaff said the showers were isolated and moderate, but "further development is anticipated through the afternoon with heavier storm cells likely."