Stay with 12 News for updates on Wednesday's storms as monsoon season is underway. 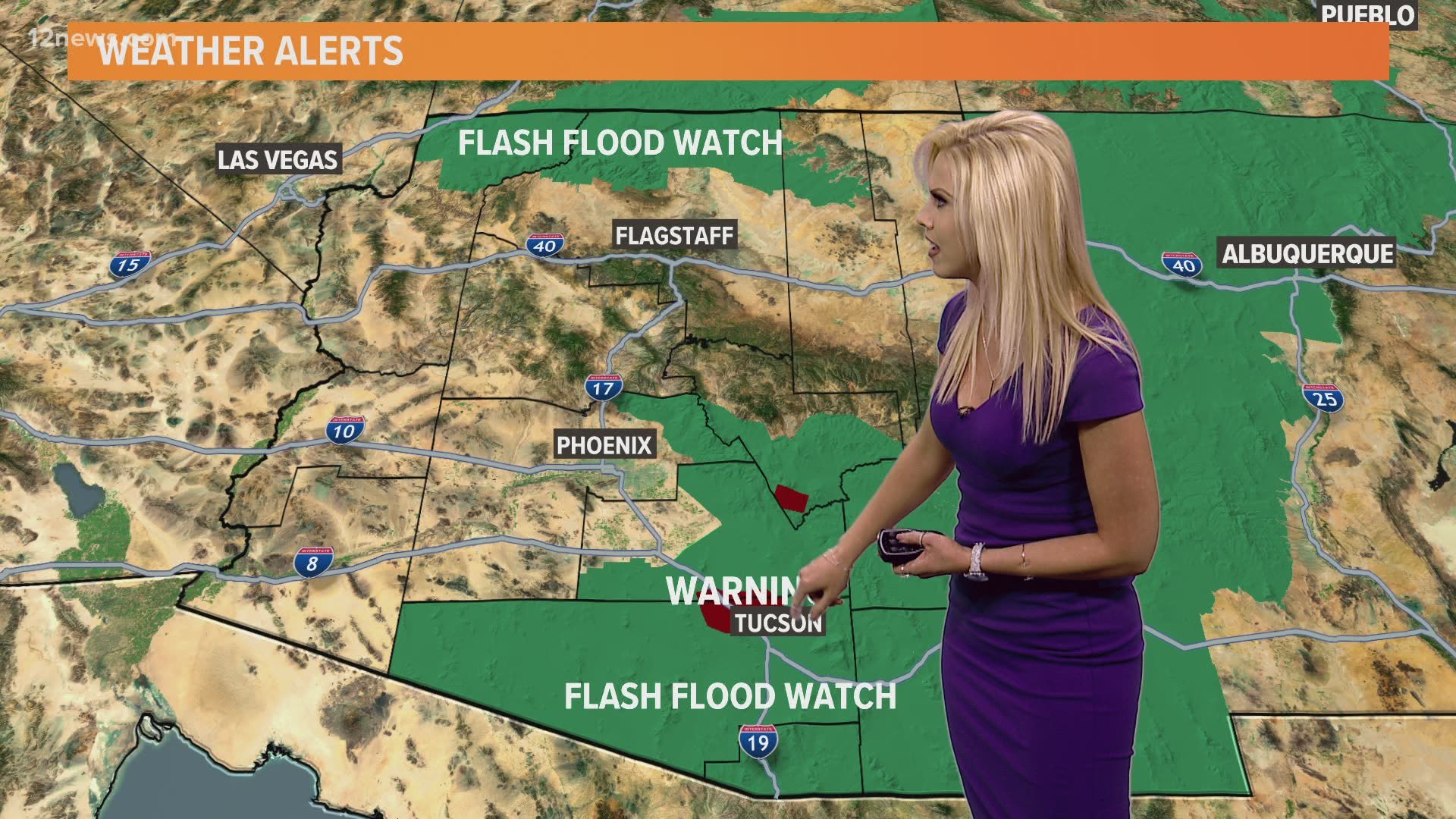 PHOENIX — The Valley woke up to a rainy start Wednesday morning and it's forecasted that more downpour is on the way.

Heavy rain and strong thunderstorms with winds exceeding 40 mph are in the forecast for Maricopa, Gila and Pinal counties Wednesday. More rain and storms are expected across the state into Thursday.

Phoenix Sky Harbor airport had two aviation weather warnings due to the storms as strong winds and lightning threatened the sky.

A flash flood warning was issued for Coconino County.

The city of Flagstaff filmed a flash flood and mud runoff that was triggered by the day's thunderstorms.

Phoenix Sky Harbor officially received 0.10” of rainfall, according to Team 12's Krystle Henderson. Other rain gauges across the Valley are reporting a range of around 0.25-0.50” with even more in areas that were warned for flash flooding this morning.

The storms from this morning are now sliding to the southeast. More monsoon storms could be triggered later on today, favoring northern and eastern Arizona. Storm hazards include flash flooding, lightning and strong winds.

The National Weather Service tweeted that a Flash Flood Warning was in effect until 12:15 p.m. for areas including Globe, Claypool and Central Heights.

SRP Utilities reported about 1,322 people were experiencing outages in or near Scottsdale and Mesa.

Most of the metro-Phoenix area, or 60%, received rain throughout the morning, the National Weather Service said. The average amount of rainfall throughout the area is at .13 inches and Sky Harbor is at .01 inch so far.

A significant weather advisory is in place for Maricopa, Gila and Pinal Counties.

You can also join our 12 News Weather Watchers Facebook group.

Arizona has seen its fair share of severe weather. Here is a compilation of videos from various storms across the Grand Canyon state on our YouTube channel.