The beetles burrow under Palo Verde trees for a couple years, stock up on food and surface as adults that are only looking for one thing: mating. 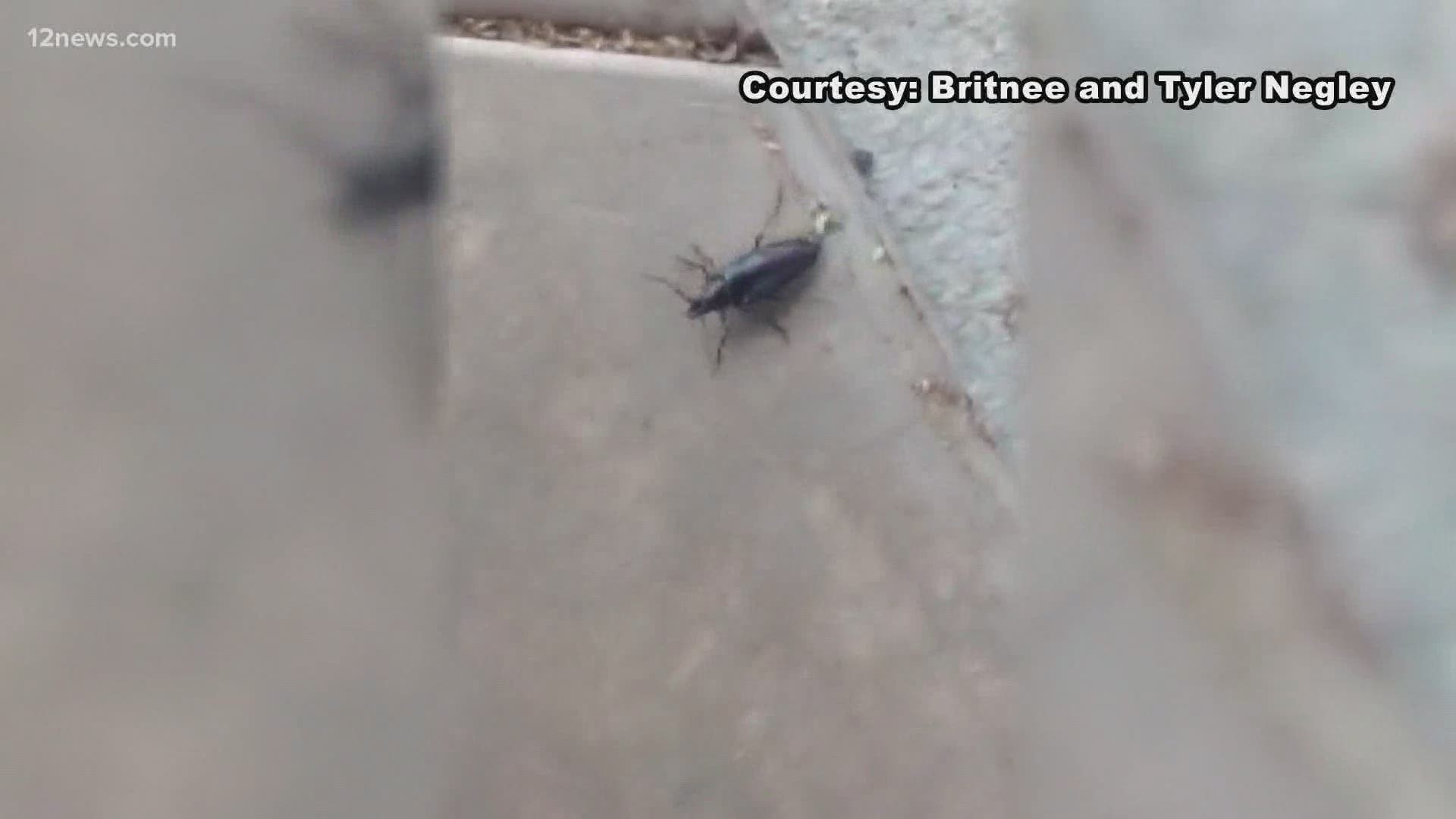 PHOENIX — A sign of the monsoon is swarming in some parts of the valley. The Palo Verde Beetle is surfacing during the summer months and as gross as they look, they're actually harmless. Mike Boyle with Burns Pest Elimination says, they are harmless and it lends a little bit of hope that humid conditions and possible rain are on the way.

"When the rain starts to when it ends we're going to see them for about a month or so it's a very short life cycle," Boyle said.

The big beetle is scary but as Boyle explains, they're nothing to get concerned about.

"Ultimately, they don't do a lot of damage, they're scary but they're slow-moving and they won't hurt anyone unless they get caught in your hair," he added.

The beetles burrow about a foot under Palo Verde trees for a couple of years, stock up on food and surface as adults, that are only looking for one thing.

"They live to mate. They've stored up so many calories in the larva stage so that when they pupate and come out as an adult, they don't need the calories they literally come out for one night of passion and go into the great beyond," he said.

Plus, Boyle says they only target dying Palo Verdes, they won't harm healthy trees and really don't need to be treated as a pest problem.

"We usually try to lead people down a path of "hey, let's live and let live with these guys" if you can deal with it, if not, typical pest control around the outside of the house will help," Boyle said.

He adds, don't let the lovebugs bother you too much, and keep in mind, it means monsoon moisture is in the air.

RELATED: Summer starts Saturday! Here's what weather forecasters expect across the US

RELATED: Monsoon 2020 in Arizona: Here is everything you need to know about this upcoming season

Monsoon brought the critters out – but they'll be gone soon