The Valley has finally experience rainfall Saturday afternoon until the evening. 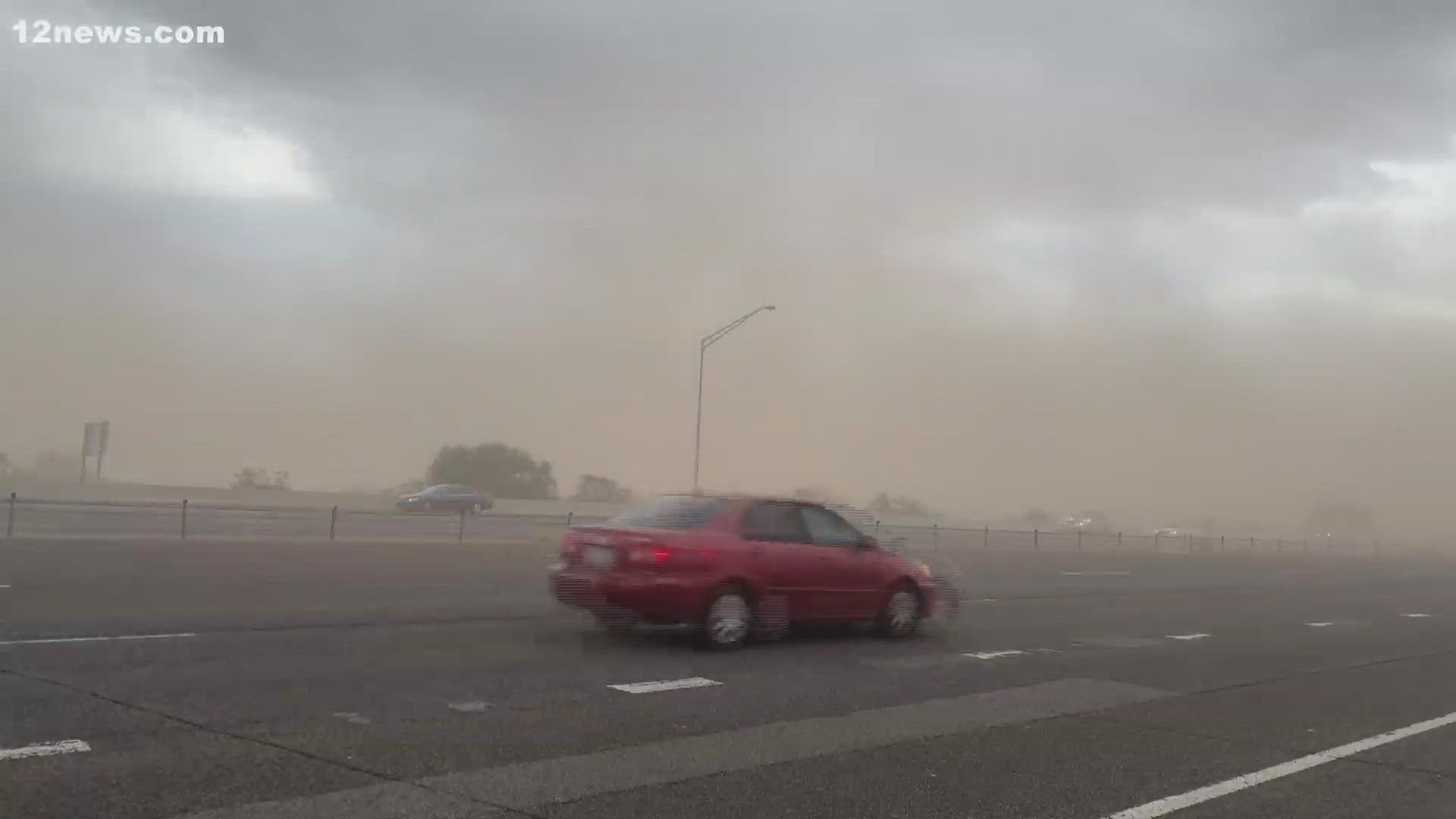 PHOENIX — The 2021 monsoon season isn't done with Arizona just yet. The Valley's chance for rain finally picked up on Saturday.

A round of isolated to scattered showers and storms are expected for the metro-Phoenix area. Most locations will likely not see measurable rain, but there is still the potential for localized flash flooding and a few strong storms will be capable of producing strong winds, blowing dust and frequent lightning, the National Weather Service said.

However, the moisture will dry out going into Sunday.

Here are live weather updates of the temporary rainfall.

A severe thunderstorm warning has been issued for Gilbert, Chandler and Mesa through 4:15 p.m.

Dust advisories are in place for Maricopa and Pinal counties through 3 p.m.

240p: Still mostly showers on radar as storms try to develop. There have been a few. Gusty winds and blowing dust are top concerns. Rain seems mostly “pleasant” but areas that see multiple showers may see flooding. #azwx pic.twitter.com/XR368poaOk

The NWS issued a flood advisory until 3:45 p.m. for Phoenix, warning of minor flooding in low lying areas.

Blowing dust was reported on the Interstate 10 near Sacaton.

145p: Isolated to scattered showers are in the Phoenix area. Gusty winds and blowing dust are top concerns. Flooding threat will increase for areas that see multiple storms/showers. #azwx pic.twitter.com/Xwhy8f3tas

Rainfall can be seen in certain areas of the Valley, including the Interstate-10 near Dysart Road.