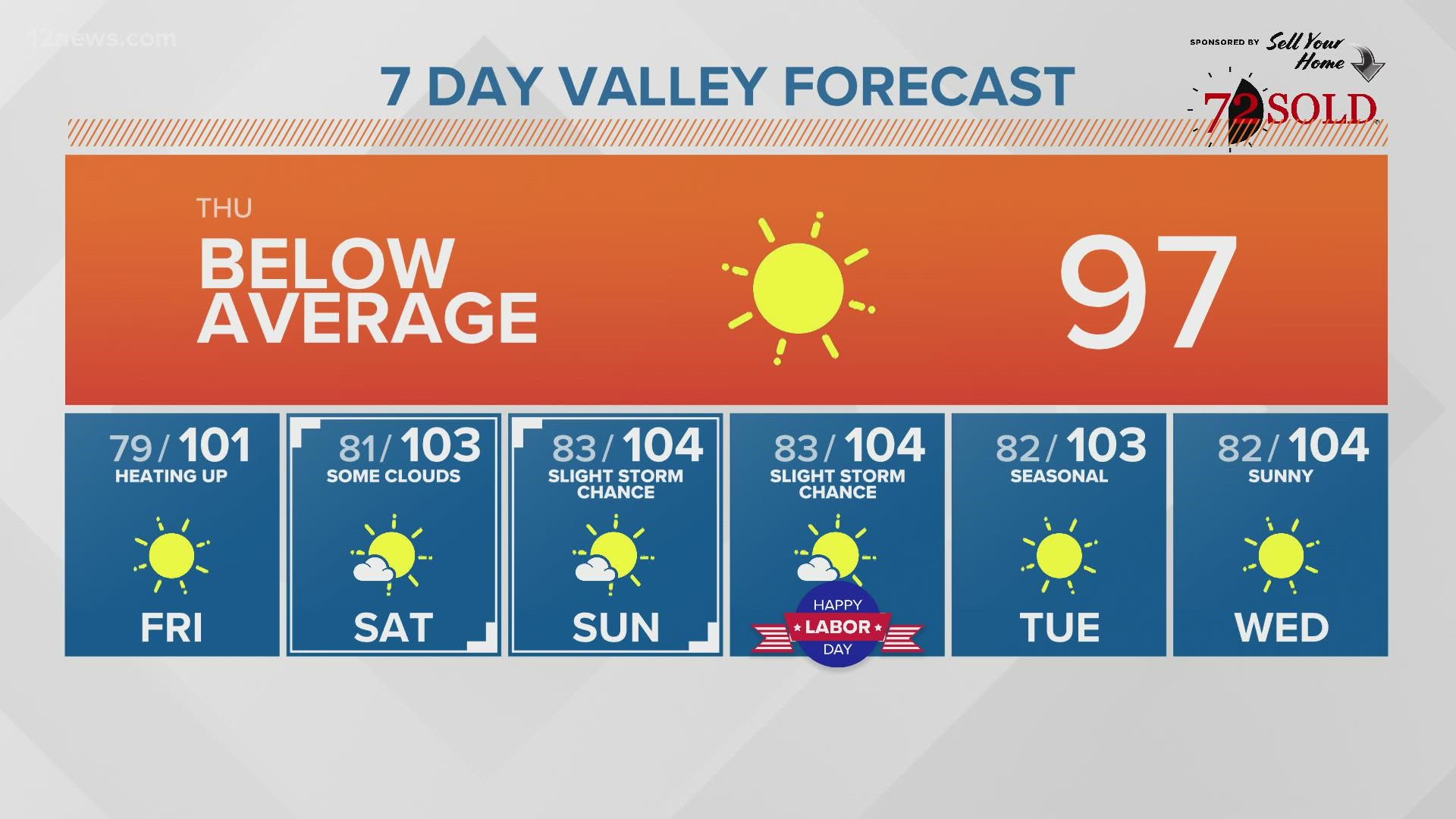 ARIZONA, USA — 7 p.m.: The National Weather Service has ended its flood advisories for Maricopa and Coconino counties. The heavy rain has ended and there no longer appears to be a threat of flooding. Flagstaff may see some more rain activity on Friday and Saturday.

Here's a look at rainfall chances across Northern Arizona for Friday and Saturday afternoons. While activity will be less widespread than what we have seen the last few days, remain vigilant as strong storms will still be capable of producing small size hail and heavy rain. #azwx pic.twitter.com/xcTlNE8Qo6

6 p.m.: Storm clouds have started to clear up around Flagstaff.

4 p.m.: Minor flooding is expected around Flagstaff until about 5:30 p.m. and flood advisories have been issued for Gila, Coconino, and Navajo counties.

At 3:37 PM MST, Doppler radar indicated heavy rain due to thunderstorms. Minor flooding is ongoing or expected to begin shortly in the Flagstaff metro area. Between 0.5 to 1 inch of rain has fallen so far. #azwx pic.twitter.com/w98gXgPRyS

3:30 p.m.: The region in between Gila Bend and Stanfield is expected to have strong thunderstorm activity and has a flood advisory in place until 9:45 p.m.