The damage to public infrastructure and private property is unknown. No one has been reported hurt in the flooding. 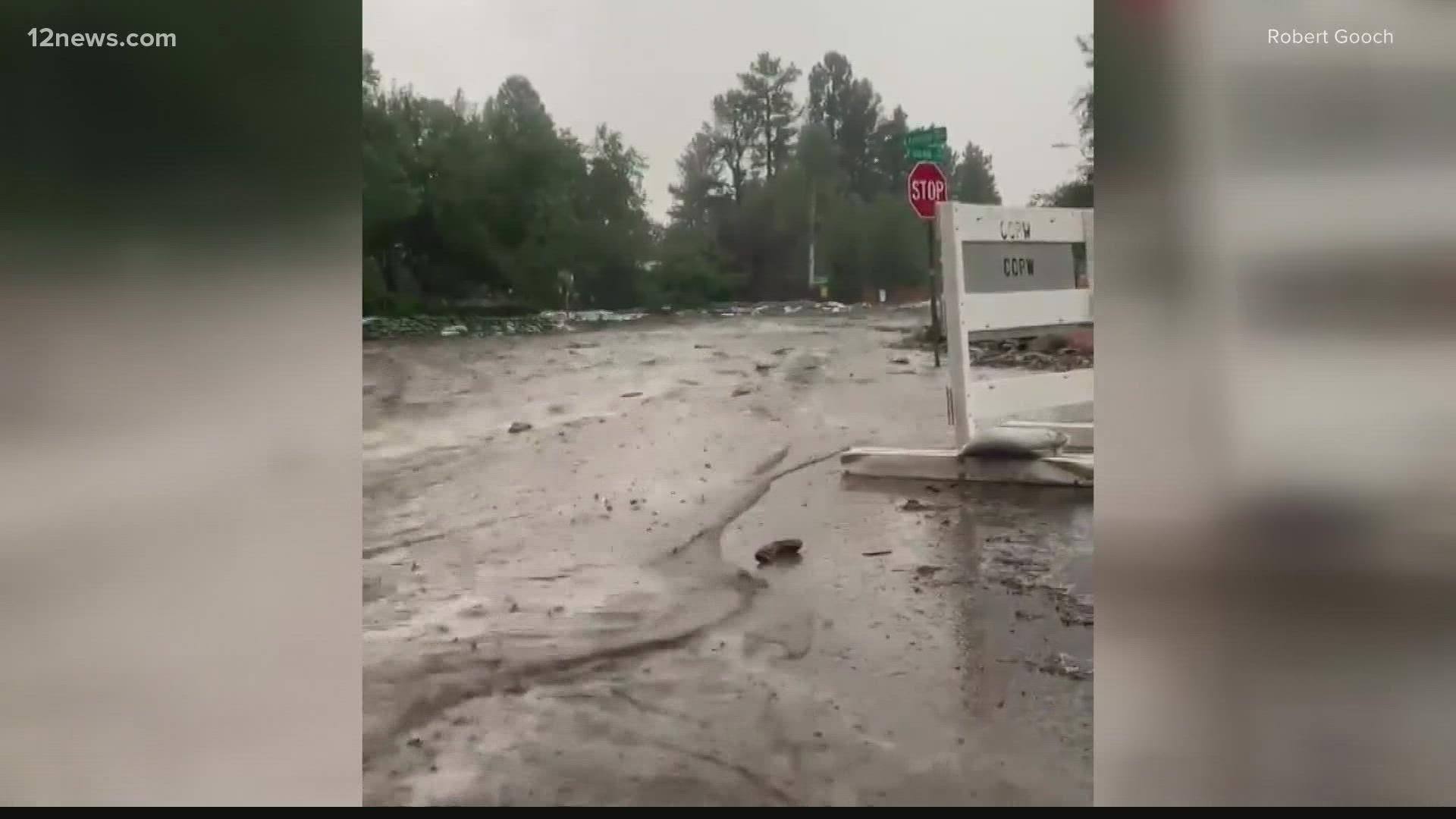 FLAGSTAFF, Ariz. — Officials in northern Arizona are reporting that historic levels of rainfall on the burn scar of a large wildfire two years ago have created a significant flooding danger for Flagstaff residents.

Hourly precipitation of more than 3 inches Tuesday along the southern part of the scar was described by as a  “200 to 500 year rainfall event.”

Rainfall over the burn scar and in the nearby neighborhood have caused dramatic flooding down streets and past homes protected by piles of sandbags.

The damage to public infrastructure and private property is unknown. No one has been reported hurt in the flooding.

Monsoon storms have caused major flooding in parts of Flagstaff, as captured today by some residents.