The organization will open the 12 stations through Monday to provide indoor cooling and hydration for anyone who needs it. 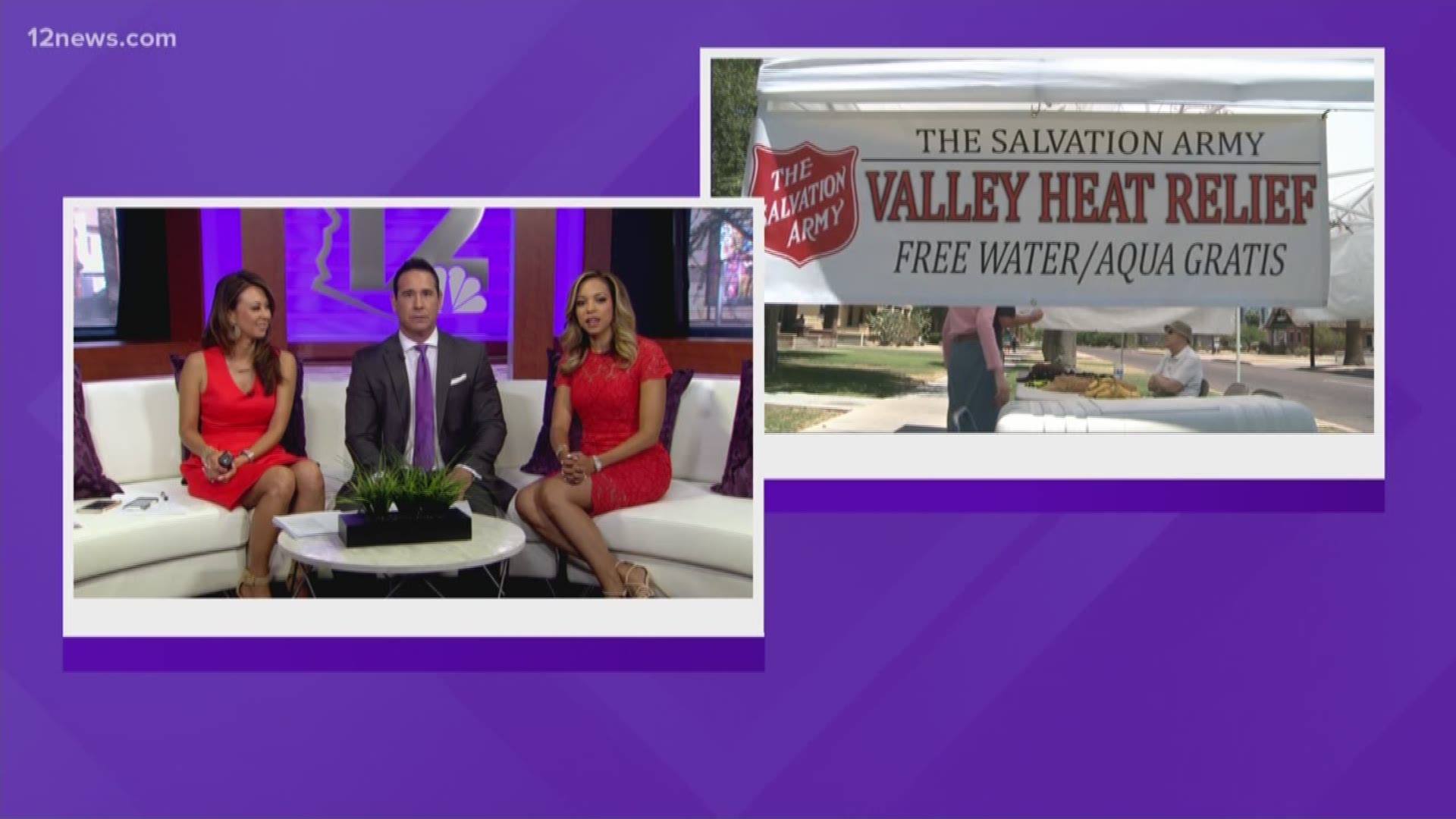 PHOENIX — Editor's note: The above video is from a June 11 newscast.

The Phoenix area is expected to get hot this weekend -- hotter than usual.

The National Weather Service has issued an excessive heat warning for the Valley from 10 a.m. Saturday through 8 p.m. Monday.

With temperatures expected to reach as high as 115 degrees, the Salvation Army has again announced it will activate heat relief stations throughout metro Phoenix.

The 12 heat relief stations will provide indoor cooling and hydration for anyone who needs it.

These stations will be open from 11 a.m. to 5 p.m. on Saturday, Sunday and Monday, as well as any other day the National Weather Service issues an excessive heat warning.

Mobile hydration units will also be dispatched to targeted parts of the Valley that "have been identified as areas with high homeless populations and encampments," the organization said in a news release.

Those units will also be open from 11 a.m. to 5 p.m. Saturday, Sunday and Monday.

“Homeless people accounted for 35 percent of heat-associated deaths in 2018, so this is not just a homeless issue,” Major David Yardley with The Salvation Army said in a press release.

“For example, extreme heat affects people without adequate air conditioning, or someone on a fixed income who might not run their air conditioning because they need to buy food or medicine. That is why we also ask folks to check on neighbors who might be at risk of dehydration or heat-related health issues.”

Here is where you can find the heat relief stations throughout metro Phoenix on Saturday, Sunday and Monday:

Make sure you download the new 12 News app so you get the latest weather alerts sent straight to your phone.

RELATED: Heat is on: What you need to know about excessive heat warnings in Phoenix

RELATED: Phoenix is very hot. What are the signs of heat stroke?