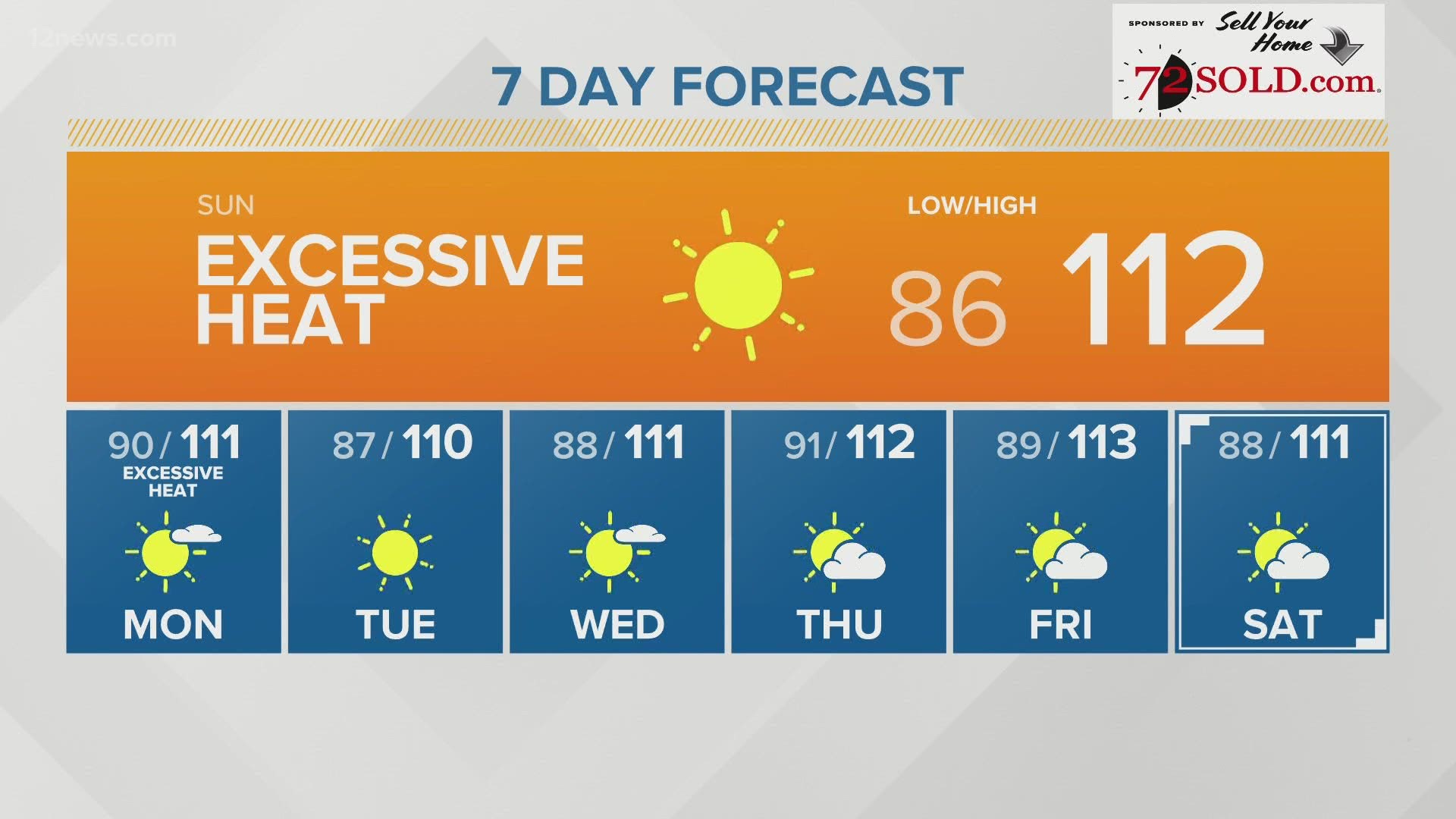 PHOENIX — Not long after breaking the record for the hottest July ever recorded, Phoenix has just broken another heat-related record.

The city had its most days at or over 110 degrees ever recorded in a single year on Sunday, according to the temperature recorded at Sky Harbor Airport. There have been 34 days of 110-degree weather so far in 2020.

The Valley is still far off from breaking the record of most days above 100 degrees. That record of 143 days was set back in 1989.

On average, the Valley has 110 days where temperatures are at or above 100 degrees. So far, we have only had 84 days with such temperatures.

However, with it only being August, the Valley still has a couple of months to go before it starts cooling off.