We tied the daily high temperature for June 12 set in 1974, according to NWS Phoenix.

PHOENIX — Phoenix reached 112 degrees on Wednesday, the first day in the 110s in 2019, according to the National Weather Service.

Let’s hope we don’t break another record on Thursday, when the record high is 114 degrees set in 1936.

On the bright side, the Valley should start to could down a bit by Friday—and by cool down, I mean the high temperatures will still be in the 100s, but not the 110s.

RELATED: 5 common items that could burn you this summer 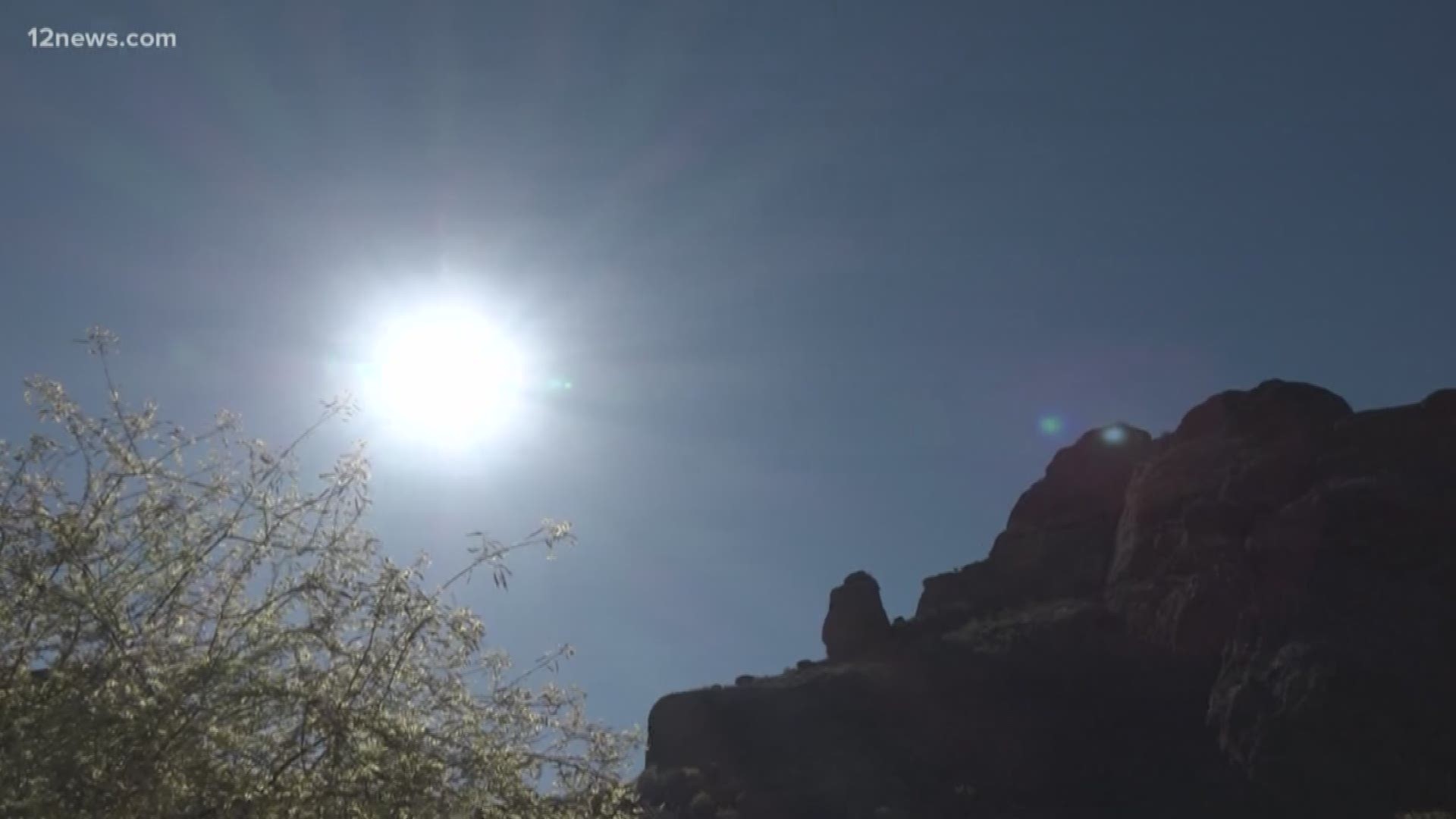 It's also vital to "look before you lock" to prevent leaving children and pets in hot cars.

Meanwhile, Flagstaff just had its first 80-degree day of the year on Tuesday, according to the National Weather Service in Flagstaff. So that’s cute.

An excessive heat warning is in effect for the Phoenix area until Thursday at 8 p.m.

RELATED: Heat is on: What you need to know about the excessive heat warning