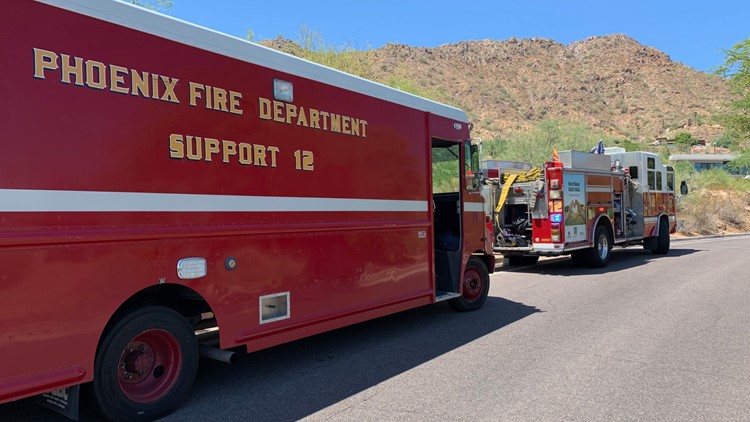 The 29-year-old woman hiking Piestewa Peak said she became weak and dizzy and was given IV fluids, which helped her feel better. She was able to climb down the rest of the mountain on her own and refused further care.

The 59-year-old man hiking South Mountain said he felt weak and began to cramp up and was airlifted off the mountain. He was taken to Chandler Regional Hospital in stable condition.

The other 29-year-old woman said she was lost while hiking the Tower Road trailhead in north Phoenix and felt too weak to continue. She was eventually located by fire crews, helped back onto the trail and hiked the rest of the way down on her own.

The rescues came one day after hikers were airlifted from Camelback Mountain due to heat-related symptoms.

RELATED: Hikers airlifted from Camelback Mountain due to heat-related symptoms

An excessive heat warning is in effect for the Valley until 8 p.m. Monday.